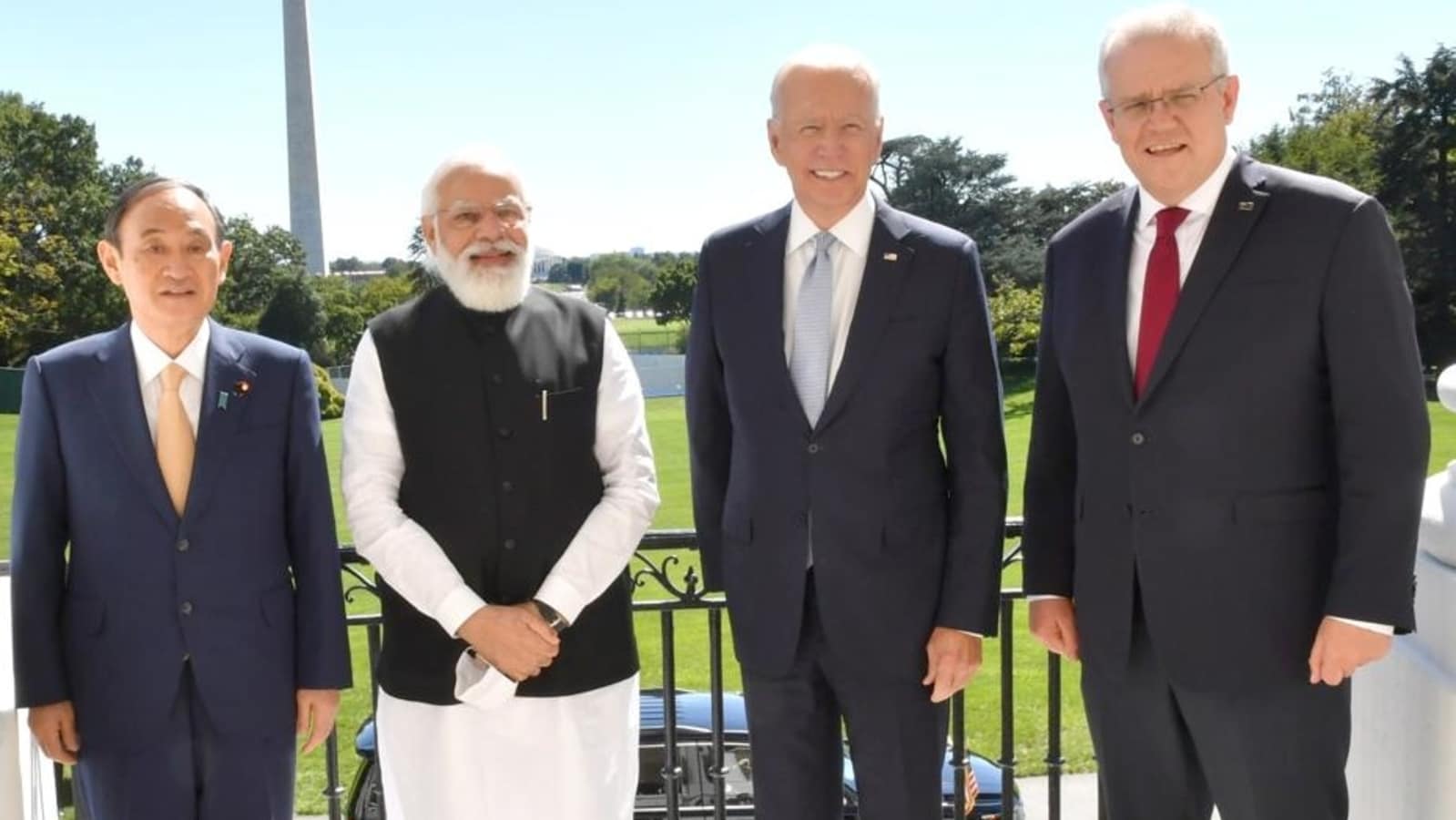 Quad adopts the spirit of cooperation of ASEAN

The Quadrilateral Security Dialogue or Quad comprising Australia, India, Japan and the United States (US) initially sought to address non-traditional security challenges in the context of the Indian Ocean Tsunami of 2004. This Quad Commitment reflects the â€œinformalâ€ arrangement of these States with an extension field of actors as well as areas of cooperation. Australian Foreign Minister Marise Payne, following the September 11 India-Australia 2 + 2 Ministerial Dialogue, reinforced this point by saying that Quad supports the centrality of the Association of Southeast Asian Nations ( Asean). It foresees the principles of ASEAN cooperation as an essential factor for Quad engagements in the future. It is â€œinformalâ€ in the sense that there are no formal Quad agreements between Quad States, and it is without a secretariat. Quad is an expansion and elevation of bilateral trade as in Australia-India relations, according to Marise Payne, which can bring together actors like Quad and other regional agreements such as the East Asia Summit and the Forum. regional Asean.

The centrality of Asean

It is worth mentioning that ASEAN states would not want to turn into an “exceptional” to the principle of “neutrality” and “inclusiveness” of ASEAN, as ASEAN plays a vital role in the formation of an â€œindependentâ€ voice and foreign policy. Thus, the centrality of Asean constitutes a standard of their foreign policy. In addition, ASEAN’s ability to amicably resolve contentious regional issues without major power intervention is a remarkable feature which is exemplified by its continued relevance to international politics despite the economic and political differences among member states. This is what Amitav Acharya of the American University calls the â€œsecurity communityâ€ in Southeast Asia, which is more envisioned in his Indo-Pacific perspectives.

Adopt the principle of Asean

The 2021 joint declaration of â€œthe spirit of the quadâ€ advocates the unity and centrality of Asean as well as the prospects of Asean on the Indo-Pacific. India and Australia argued that Quad is not a military â€œallianceâ€. Foreign Minister S Jaishankar has refuted China’s interpretation as the “Asian North Atlantic Treaty Organization (NATO)”, Quad instead involves cooperation on a wide range of issues – challenges humanitarian aid such as the 2004 tsunami and the Covid-19 pandemic; and regional and global concerns such as the climate crisis, critical technologies, supply chains, counterterrorism and maritime security.

Convergence on the Indo-Pacific will require more than military-strategic cooperation. India has adopted a balanced approach to Quad as part of its Indo-Pacific strategy with the objective of promoting the freedom and security of maritime trade routes through bilateral or joint military and naval exercises, for example, the first four-state joint naval exercise in Malabar 2020, without necessarily provoking China. Japan’s 2016 â€œfree and openâ€ Indo-Pacific foreign policy is based on international rules that could be seen in its call on China to abide by the 2016 Hague Arbitral Tribunal ruling and the United Nations Convention on the Law of the Sea on Seas – disputes over water. Its vision for the Indo-Pacific is international cooperation for peace and stability by avoiding military conflicts. The United States, however, takes with it an obvious military calculation.

For the ASEAN states, their common goal is to work on community building processes. Asean states are ready to work on â€œsharedâ€ concerns, including tensions in the South China Sea, but the principle of inclusiveness of Asean (with space to bring China on board). Southeast Asian states have received military aid from Australia, India, Japan and the United States. The Quad States have thus understood that a better form of cooperation involves the â€œexpansionâ€ of formal bilateral exchanges. Under these conditions, it is essential to understand whether Quad is an â€œallianceâ€ in terms of balance of power. Nevertheless, China has reacted strongly against the Quad group since its inception, claiming that it is an “alliance” to counter China and its interests in the Indo-Pacific.

Reinforcement of the Quad in 2021

The Quad States have undertaken to meet annually at the level of Foreign Ministers and regularly at the level of experts and senior officials. The strengthening of Quad in 2021 may be associated with a few factors. First, the Covid-19 pandemic has bolstered its global focus. The Quad Leaders Summit on September 24 at the White House was the second meeting at the heads of government level this year after its virtual meeting held on March 12. An important agenda discussed was to increase vaccine production for timely and equitable global distribution and reducing barriers to supply chains for this purpose and strategies to maintain a free, open, accessible, prosperous and diverse Indo-Pacific. . Second, the Biden-Harris administration has given Quad cooperation a vital strategy for the Indo-Pacific region. Third, these are gradual steps towards the consolidation of Quad following the Chinese Coast Guard Law passed in January 2021, which allows its Coast Guard to use “all necessary means” (including the shooting) to stop foreign ships that pose a threat to Chinese waters, thereby strengthening its sovereign claims in the East China Sea and the South China Sea. The law followed a restructuring of law enforcement agencies by integrating various civil and maritime law enforcement institutions to establish the Coast Guard office. Quad sees this development as a challenge to the freedom of navigation and the freedom of the sea. Shortly after, their third virtual meeting of Quad Foreign Ministers was held in February 2021. And in April 2021, the Quad India joined the French naval exercise La PÃ©rouse with Australia, France, Japan and the United States in the Indian Ocean.

Overall, Quad can also be described as a strategy for major powers to â€œtestâ€ China’s reactions as well as a political statement to remind China of a â€œpossibleâ€ alliance going forward. It is increasingly seen against the backdrop of a changing world order with the rise of China and the US geostrategic policy centered on China, whose presence makes it even more visible in Quad naval diplomacy. Moreover, given Quad’s inclusion of ‘problem-based’ cooperation in the areas of connectivity and infrastructure for health, technology and other essential goods and services, this can be seen as a ‘ response â€, with an emphasis on the Indo-Pacific, to the 2013 China Belt and Road Initiative in aâ€œ subtle â€form. But for it to take such a form, it is far, if at all. However, it is important for Quad to keep ASEAN up to date, which allows them to ensure that addressing non-traditional security concerns remains at the heart of any Quad deal, even if it does not include China. . Thus, Quad â€œcooperationâ€ rather than Quad â€œalliancesâ€ explained in military terms are more attractive to ASEAN.

Important that politics do not interfere with literature, history and art: William Dalrymple

The Arctic Vision of the EU by Josep Borrell & Virginijus Sinkevičius