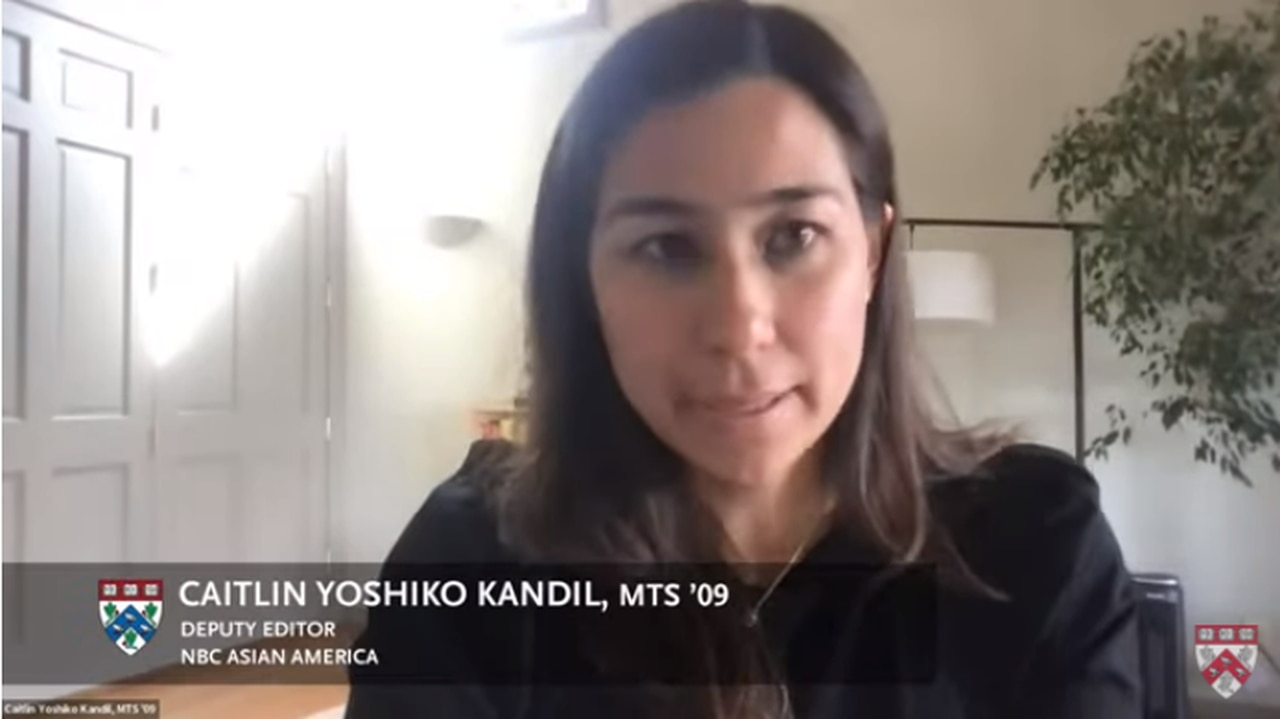 The separation of church and state is a foundation of the American Constitution. And perhaps because of this, many religions have flourished in the country and contribute to discussions in the public square. More recently, the May 2 leak of a proposed Supreme Court decision seeking to overturn Roe v. Wade, who legalized abortion in the country, perfectly illustrates the mixture of law, politics and religion.

While this is a great example, it happened days after I attended an hour-long webinar sponsored by Harvard Divinity School titled “Leading Toward Justice: Intersections of Religion, Ethics and Journalism” .

The overall intent of the webinar was for HDS to prepare its students to navigate through the thicket of conflict when an issue such as abortion or violence against a minority community or white supremacy surfaces. But more than a preparation, it affirms the need to explore religion for a deeper and more precise analysis of the problem and to help readers and viewers to see it more clearly.

The webinar featured three HDS graduates who enrolled in the school’s doctoral program and ended up giving up on that dream and eventually going into journalism, of all professions. While this may sound new, it actually reflects the evolution of one of the world’s leading theological schools. Founded over 250 years ago to train future Christian ministers, HDS has grown into a place of advanced study of religion as a center of research, embracing all the world’s religions and preparing students to tackle challenges. non-traditional occupations.

The new direction is its Religion and Public Life program, founded in 2020.

Webinar host Susie O. Hayward was a member of that program and is now associate director of the school’s Religious Literacy and Professions Initiative. Its mission, she said, is to “work with experienced professionals to advance religious literacy in these key areas.”

The three guests now work in the media and testify to how their religious studies at HDS prepared them for mining religions “to advance public understanding of religion in the service of justice and peace.”

This is a primary mission for Caitlin Yoshiko Kandil, NBC’s deputy editor based in the California Bay Area, who has covered the major, disturbing and ongoing story of prejudice and violence against Asians. based simply on physical attributes.

Last Thursday, a man allegedly shot and killed three Korean women working at a hair salon in Dallas and fled the scene. Although it made the news, Kandil said, “I don’t think a lot of people looked at it from a religious perspective, which is what I started to do once these things started happening. produce.” She noted how Asian Buddhist temples had been vandalized, but not Asian-American Christian churches.

“It showed that there was a religious element happening and few journalists saw the intersection between race and religion,” she said.

A theme of the webinar was “Religion inevitably manifests as it does in human society,” Hayward said.

The Jersey Journal, recently awarded an award for general excellence by the New Jersey Press Association, is now one of the few newspapers to devote an entire page each week to religious coverage. So the webinar particularly resonated with me.

Seeing something through the lens of race, for example, can help us identify landmines. Eloïse Blondiau, producer of National Public Radio’s “Sur les media” program, recalled an HDS research project she conducted to explore where the white Jesus and the emerging civil rights movement came from to give black people a way to see the relevance of Jesus to them. She noted the difficulty “of being a neutral journalist”. Kandil added that “a lot of journalists of color don’t feel like the goal of objectivity is working for them.”

Investigative journalist Joshua Eaton’s 2017 coverage of Charlottesville also confirmed this. White supremacists clashed with peaceful protesters, one of whom was killed by a car crashing into the crowd. Trump said at the time that there were good people on both sides.

“I was there,” Eaton said. “I saw it. I was threatened a few times by one particular camp there. There weren’t two sides, morally speaking.

Questioning the journalistic principle of coverage from both sides “can lead to false equivalences,” Blondiau said.

While not typically a program about religion, “On the Media” talks more broadly “about the stories we tell ourselves and traces where certain stories come from and where they appear in the news, the politics or culture,” she said.

Blondiau’s HDS education is helpful when describing what a typical week looks like. On a Monday, potential ideas are tossed around for the Friday show.

“And on a Tuesday, I could look at a 600-page book,” she said. She then breaks it down into discussion topics and decides what types of experts to invite on the show.

Her religious background allows her to cover topics that might not normally be covered in the press and mainstream media, she said.

“I think teaching religious studies gave me a much broader perspective to think about things in terms of creating meaning and cultivating a self and a community, an identity and a belonging,” Eaton said. He adds that journalism must expose hate when reporting.

As a priest and journalist, writing “Faith Matters” for 24 years this fall, I encounter similar dilemmas when reporting a story that is unfamiliar to me. When interviewing Orthodox Jews, Jehovah’s Witnesses or Muslims, for example, I have to start with a blank slate and see the story through their thoughts and experiences. Telling their stories is never done in a vacuum but in a contextual way.

As Hayward noted, “We can raise the voices of those who are often ignored and who are not part of mainstream society.”

While being a priest has its advantages for religious expertise, studying religions also allows a journalist or reporter to do it right.

Like the time I covered Pope Francis at the 9/11 Memorial Museum in September 2015. On the way on the press bus, I listened to reporters from major newspapers like the Washington Post baffled by the protocols of the Catholic Church. . I offered some ideas. They told me, “Stay close,” which means I could help them navigate. Yes, in journalism and ethics, religion is a major player.