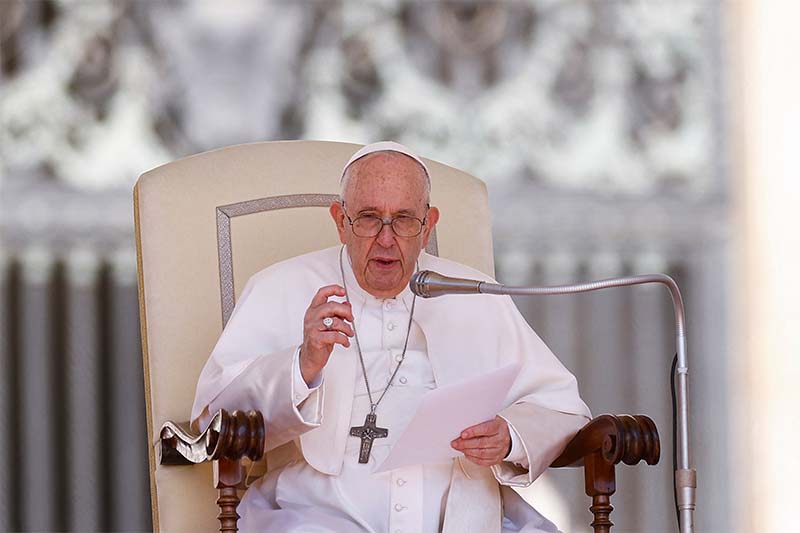 VATICAN CITY- Pope Francis on Wednesday urged authorities in Sri Lanka, which has been reeling from unrest over the country’s worst economic crisis, to “listen to the hopes of the people” and respect human rights and civil liberties.

Protesters have targeted Prime Minister Mahinda Rajapaksa’s family, blaming them for a meltdown in the Indian Ocean nation that has led to massive shortages of essential food, fuel and medicine items.

Soldiers now patrol the streets of Colombo, the commercial capital, with orders to shoot anyone who damages public property or endangers lives.

Speaking at the end of a general audience in St. Peter’s Square, Francis noted that it was mostly young people who protested against the country’s social and economic problems and called for calm from all sides.

“I call on all those who have a responsibility to listen to the hopes of the people, ensuring full respect for human rights and civil liberties,” he said.

Sri Lanka, which Francis visited in 2015, is predominantly Buddhist but has a small Christian community representing around 7% of the total population. Most Christians in Sri Lanka are Catholic.