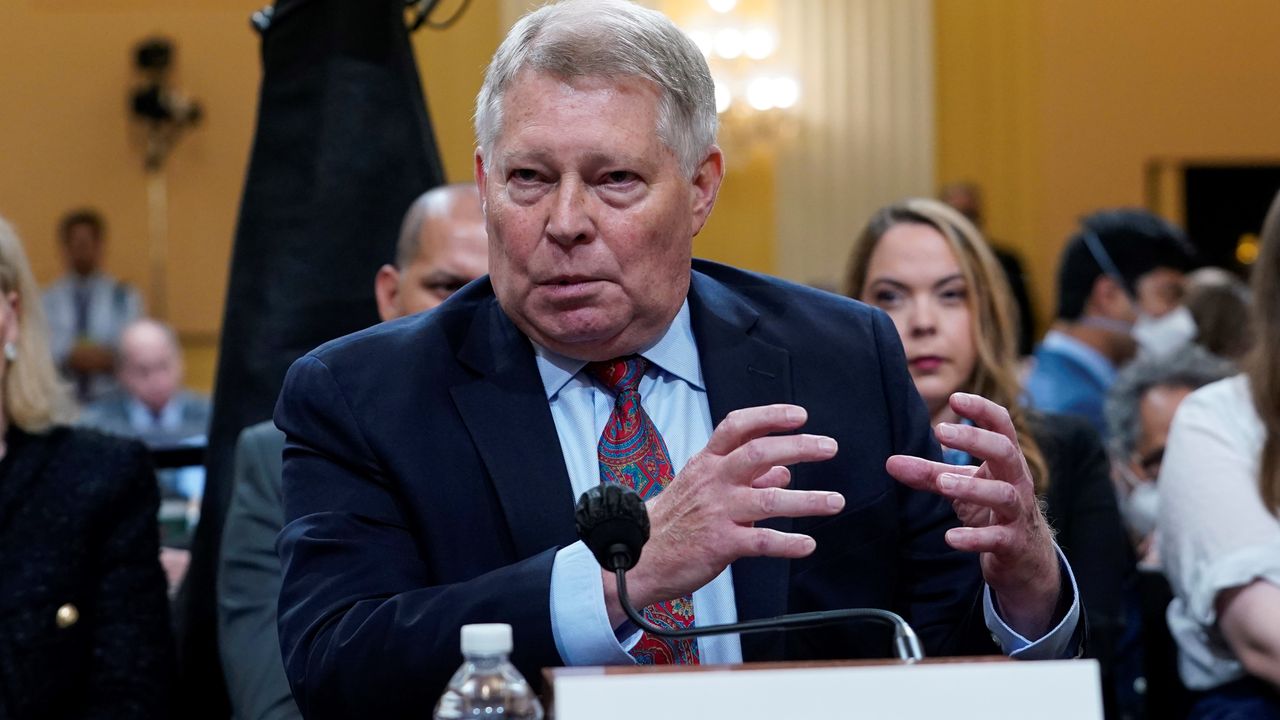 More than 17 months after former President Donald Trump and his fascist Republican Party supporters tried to overturn Biden’s election, a retired federal judge warned during the Thursday, Jan. 6, hearing that Trump and its allies “would try to cancel this 2024 election in the same way they tried to cancel the 2020 election.”

This stark message was delivered by John Michael Luttig, who, along with former Vice President Mike Pence’s White House attorney Greg Jacob, were the two in-person witnesses presented on the third day of hearings held by the Jan. 6 special committee investigating the attack on the Capitol.

Luttig, a longtime Republican who was on former President George W. Bush’s shortlist for Supreme Court nomination, warned that Trump, “his allies and supporters are a clear and present danger to American democracy. “.

Luttig, former clerk to then-Judge Antonin Scalia, ended his statement and the hearing by saying, “The former president and his allies are executing this plan for 2024 in full view of the American public.”

Although the contents of the emails have not been revealed, there is no doubt that they related to Trump’s efforts to stay in power. In previous text messages with Meadows, Virginia Thomas expressed “disgust” at Pence’s reluctance to overturn the Constitution.

For the first time on Thursday, Thomas agreed to testify before the Jan. 6 committee, saying she hoped to clear up any “misconceptions” about her role in Trump’s coup.

Highlighting the danger of the attack on the Capitol, and at the same time refuting claims that the attack was a “spontaneous riot” that just “spinned out of control,” the committee cited the statement of a witness for a confidential informant in the seditious conspiracy case against five members of the Proud Boys militia.

The informant, known as “Witness-1” in the documents, said the Proud Boys were targeting Pence and House Speaker Nancy Pelosi during the attack on the Capitol, and that if they captured either of the politicians, it is likely that they would have been killed.

The committee found that when Trump’s mob broke into the Capitol, they were at one point about 40 feet (~12 meters) from Pence and his entourage who were fleeing the Senate Chamber.

Thursday’s hearing, like the two before it, was dominated by witnesses and testimony from Republicans. It’s part of the Democratic Party’s deliberate strategy to use the hearings to present the narrative of a ‘sane’ Republican Party, in opposition to Trump and the ‘crazy people’ who include longtime Republican lawyers John Eastman. and Rudolph Giuliani.

As in Trump’s second impeachment trial, Democrats and Republicans on the committee used their time to praise Pence for not doing something that was blatantly illegal and unconstitutional. Bennie Thompson (Mississippi Democrat) started the hearing by reciting a quote from Pence. Senior committee member Liz Cheney (Republican of Wyoming) released in her opening comments a video of Pence saying the exact same quote, describing Pence as a valiant defender of democracy unlike his boss Trump.

This misrepresentation ignores the fact that for more than four years and until January 6, 2021, as Trump’s vice president, Pence dutifully followed Trump’s lead. After Biden’s victory, Pence continued to support Trump’s claims that the election was illegitimate, saying in a November 2020 speech to the National Policy Council that he and Trump would “keep fighting until every legal vote is counted and until every illegal vote is cast.”

During that speech to the powerful Republican think tank, which includes Virginia Thomas among its nine-member CNP Action board, Pence told members that “we are waiting for the results of our election,” even if the election had already been declared for Biden.

Pence refused to testify before the committee and did not speak publicly about many aspects of Trump’s coup, further shielding Trump and his co-conspirators. Still, that didn’t stop the committee from calling the former Indiana governor a paragon of democracy.

The Democrats won the presidency and control of both houses of Congress in the 2020 election. But they immediately proclaimed their desire for “unity” with the same Republican Party that had sought to stage a coup. Biden said, “We need a strong Republican Party.

In the year and a half since then, Democrats have systematically concealed the scale and significance of the January 6 coup attempt, seeking Republican support to pursue policies of mass infection and of military aggression. This, in turn, has only emboldened the fascists who dominate the Republican Party.

The ongoing revelations of the massive scale of the January 6 conspiracy and warnings of yet another coup attempt by Trump make it clear that working people cannot defend democratic rights through the machinery of the Democratic Party. The struggle against dictatorship requires the independent mobilization of the working class on the basis of a socialist perspective.