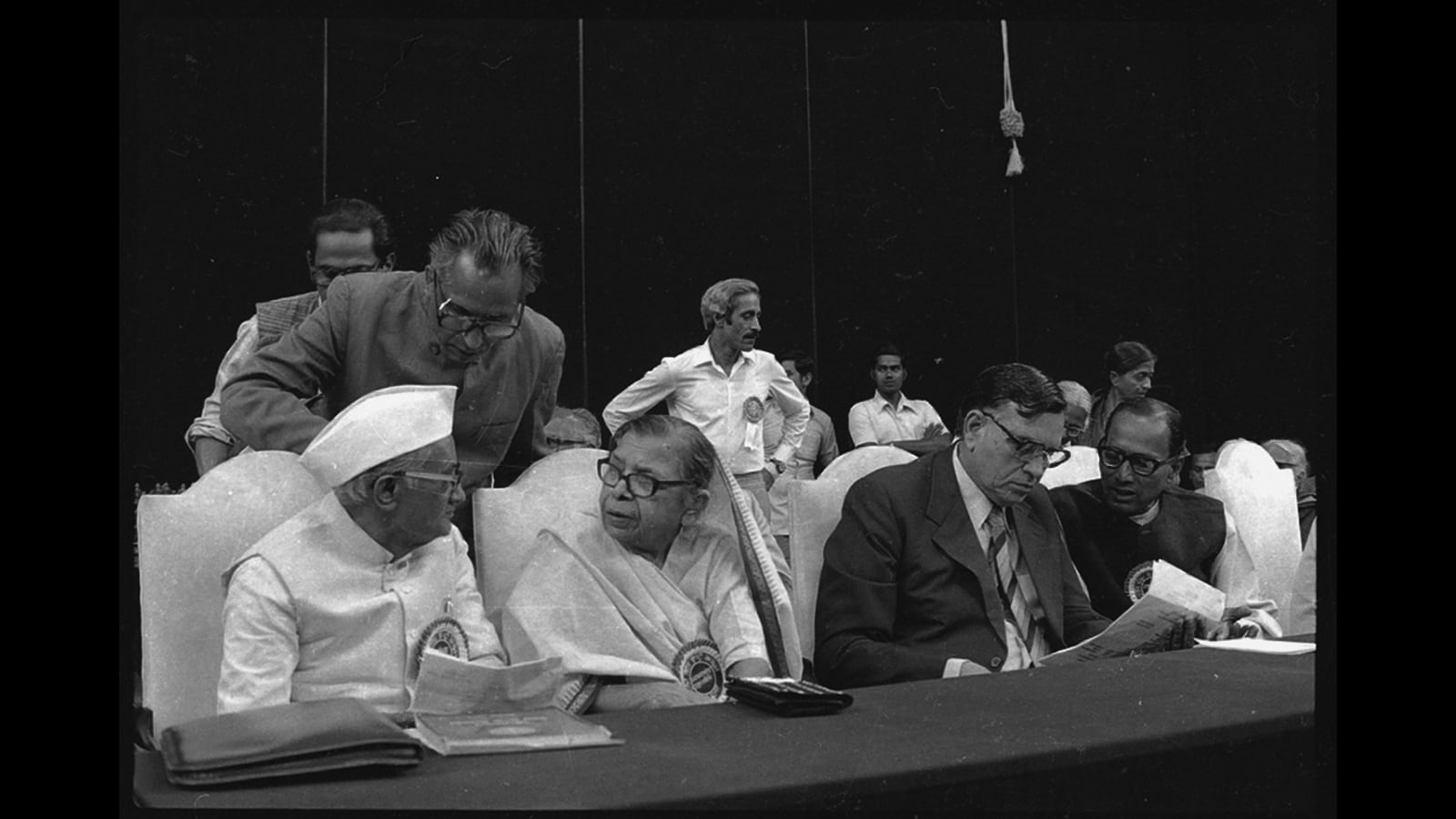 Review: My Family by Mahadevi Varma, translated by Ruth Vanita

Known for her studies and novels highlighting queer love stories, Ruth Vanita has now translated the autobiographical work of poet and prose writer Mahadevi Varma. Mera Parivaar (1972) from Hindi to English. Title My family, this book will be the most loved by those for whom the idea of ​​a chosen family is not limited to humans; it also embraces birds and animals.

In the introduction, Vanita writes: “Mera Parivaar (My family) has never been translated into English before. It is the most overlooked of his works, barely mentioned by biographers and critics. It seems rather unusual that such a profound and heartwarming piece of literature, written by someone who is “widely recognized as the greatest poet of the 21st century in Hindi” has remained obscure. Its rediscovery and translation is therefore nothing less than a public service.

Varma had built an aviary to house the birds and animals she cared for. Ruth Vanita writes: “Mahadevi’s concern for trapped, hunted and tortured animals is linked to a concern for all who are oppressed and exploited. The 19th century was the period that gave birth to modern movements for laws to prevent cruelty to multiple groups and to secure rights for them. These groups include women, children, manual workers, factory workers, prisoners, the poor, the mentally ill and animals.

The book is divided into seven chapters. Each of the first six chapters focuses on a particular bird or animal in the family chosen by Varma – her peacock Neelkanth, squirrel Gillu, doe Sona, rabbit Durmukh, cow Gaura and dog Neelu. The seventh chapter deals with three creatures – Varma’s mongoose Nikki, her dog Rosie and her mare Rani. Before these chapters comes Varma’s moving preface, which tells how she came to save birds and animals in the first place.

Varma spent her formative years at a boarding school in Allahabad. One of his favorite things to do was linger in an orchard of mango, guava, lime and jackfruit. Shortly after the end of the day, she was sitting on the branches of the mango tree with a book in her hand. Gradually, she began to interact with the gardener and her children. The gardener took care of a speckled goat and a white hen with a yellow beak who became Varma’s playmates.

She was thrilled when there were five new chickens. Describing her joy, she writes: “I saw the white hen, with swollen wings, accompanying her five children who looked like balls of silk-cotton. Like most Hindu households, ours had never raised chickens, so these chicks were such a novelty to me that I forgot about my other companions and focused my attention on them. When one of these chickens is taken away to be cooked, she cries inconsolably and reports the matter to the school matron.

Varma writes: “That day I picked up the baby chicken and returned it to its mother. But after that, a nameless fear took hold of me. If I couldn’t keep track of the numbers and identifying marks of my non-human friends, anyone could take them. I had no other way to prove that I was their protector. The chicken was called Munga (coral) and on this day the child Mahadevi began to write the names, colors, special marks and traits of all the animals and birds that she cared for.

The author’s affinity for animals and birds is evident throughout the book. She considers their life as precious as that of humans and is ready to do anything to ensure their safety. This book recalls a line from the 8th century text of Shantidéva Bodhicharyavatara (Guide to the Bodhisattva Way of Life translated by Raji Ramanan): “I rejoice with joy / Of the virtue which relieves misery / Of all those who are in unhappy states / And which gives happiness to those who suffer. ”

It is touching to note that Jnanpith Prize winner Padma Vibhushan and Varma, who was one of the four pillars of the Chhayavad movement in Hindi poetry, took this inventory very seriously as a genre of writing. “All my memories have sprouted, germinated and flourished from this prose expression of my childhood,” she writes. Each creature is not only its child but also its muse. She does not use the language of “animal rights” in this book, but her portraits of these beings are so loving that it would be almost impossible for a reader not to view them with respect and kindness.

About Sona, the doe who arrived at Varma’s door as an orphaned baby in a near-death state, she writes: “After collecting a bottle, glucose, goat’s milk, etc. difficult business of raising him began. Her mouth was so small that the bottle nipple wouldn’t fit. Moreover, she did not know how to drink. Little by little, she learned not only to drink but also to recognize the bottle. Over time, Sona learned to snuggle up against Varma’s footboard each night.

Vanita’s introduction provides the philosophical and intellectual context for Varma’s actions. She reveals that Varma once considered and rejected the option of becoming a Buddhist nun, but she has become a staunch follower of MK Gandhi. Vanita writes: “Gandhi’s thinking on animals was shaped by Hindu and Jain philosophy, but also by his association with the vegetarian and anti-vivisection movements when he was a student in London.

Varma was the principal, and later the vice-chancellor, of Prayag Mahila Vidyapeeth. Most of the birds and animals she had rescued came from Allahabad itself. Neelkanth, the peacock, was released from a cage in a market when he was a baby. Gillu, the squirrel, was found in a flowerpot. It was a baby that had fallen from a nest and two crows were wounding it with their beaks. Durmukh, the rabbit, was brought to Varma’s house by a gardener who had saved him from being eaten by a cat.

Varma couldn’t have done the healing work on her own. She mentions Bhaktin, her housekeeper, in the book. Varma also employed other people for various tasks, especially when she traveled outside of Allahabad for work or went on pilgrimage to different holy places in India. As Ruth Vanita mentions in the introduction, all of these workers were also considered part of Varma’s family. She disliked housework, but sometimes enjoyed making snacks for herself and her visitors.

The book contains some beautiful black and white illustrations of Antra K to help you visualize all of these creatures, but Varma’s word pictures will make you feel a deep fondness for each of them. For example, she describes how Neelu, her dog, took care of baby sparrows that fell to the ground during their failed attempts to fly. She writes: “Sometimes, to bring very small chicks back to their nests, he would bring them to me, holding them gently in his mouth.

It’s especially funny to see how Varma records the interactions between the inmates of the aviary. About Neelkanth, the peacock, she writes: “His love for these creatures was just as extraordinary as his punitive measures. He often sat in the dust with his wings outstretched, and they all played catch-as-catch-can in his long tail and thick wings. Once, Neelkanth even saved a rabbit from the death of a snake and became the hero of the aviary.

Readers who are inclined to take this book for the cuteness factor should know that she also writes about how animals met their end. These are not sanitized tales.

This book also mentions Varma Chitra and Godhuli’s cats, his dogs Hemant and Basant, his peacock Radha and his dog Flora, but they don’t have entire chapters devoted to them. They make guest appearances, giving readers a broader sense of the chosen family Varma had created.

Readers curious about how Varma had this unconventional family will find their answers in Ruth Vanita’s introduction: “Her father followed the custom of his community by marrying her when she was nine years old, mainly because he wishes to see her married. As a married child, Varma cried continuously during the few days she spent with her in-laws, so they sent her home before she was supposed to leave. She was jubilant.

As an adult, she was supposed to return to live with the in-laws. Varma refused to participate in the gauna ceremony organized for his departure. His father was struck with remorse. He told his daughter that if she wanted to divorce her husband and remarry, he would support that decision. Vanita writes: “Christians and Muslims could legally divorce at the time, but Hindus could not. Her father offered to convert with her but she did not want to remarry.

This book could serve as a source of strength and inspiration for those who want to remain single or have families that do not fit into the molds they have been conditioned to view as normative. Through her introduction and translation, Vanita does a commendable job of bringing readers this fascinating literary record of Varma’s ‘happy bachelor life’, which has been blessed by an amazing variety of creatures who have nurtured her as much as she fed them.

Chintan Girish Modi is a writer, educator and researcher. He’s @chintan_connect on Twitter.

The European right is backing down

When the West wanted to go to China