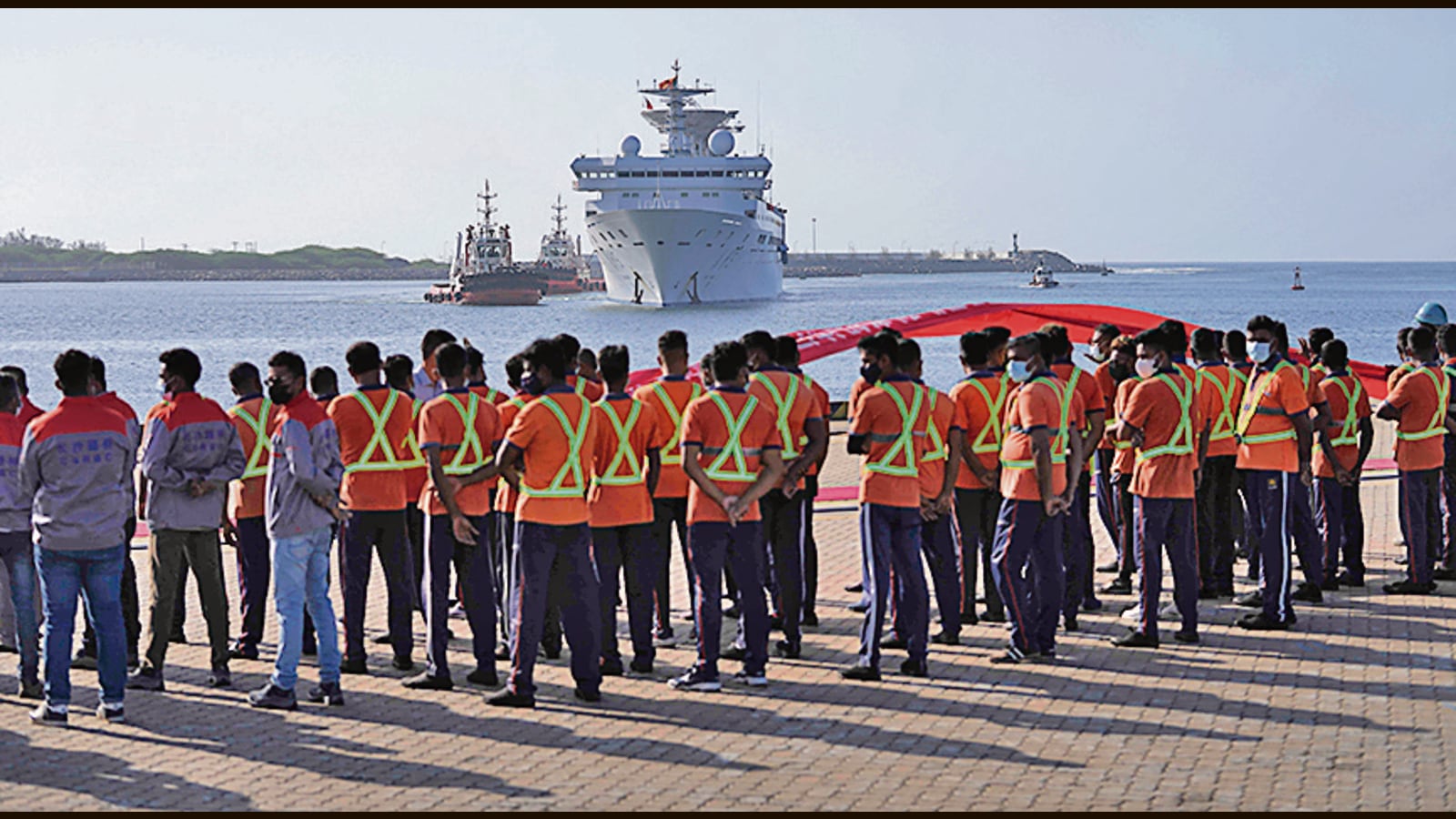 Earlier this month, as India celebrated its 75th anniversary of independence, a Chinese research vessel was granted permission to dock at the Sri Lankan port of Hambantota. Despite Colombo’s initial considerations of New Delhi’s protest in this regard, Beijing managed to get what it wanted. Tellingly, events such as these are what Shantanu Roy-Chaudhury discusses and tries to warn against in her new book, The China factor: Beijing’s growing engagement in Sri Lanka, the Maldives, Bangladesh and Myanmar. Factual and analytical, the volume was published in association with the Center for Air Power Studies (CAPS), New Delhi.

Air Marshal Anil Chopra’s introduction highlights growing competition in the Indian Ocean region and, as he puts it, “the greatest strategic challenge” of China’s growing influence. In line with this argument, Roy-Chaudhary, in his overview, reduces Beijing’s strategic interest in the region into four thematic axes, namely market growth, resources and raw materials, transport corridors and encirclement. from India. Each makes it essential for India to bear in mind the “Chinese factor” (described as a phenomenon felt in many states). Here, a subtle complaint is recorded through an interesting analogy: Unlike a black swan, a rarity in nature, the Chinese menace is a common occurrence, much like a “gray rhino.” However, it is this very evidence that makes India slow to react unless there is a crisis on its doorstep.

Chapter 1 describes the events leading up to China’s century of humiliation and its desire to overcome it by restoring the centrality of the “Middle Empire”. The author notes that many Chinese falcons (yin pai) have been undertaken to enable the rise of China, at least ideologically, by promoting a certain narrative of history. Other than that, he draws the reader’s attention to China’s growing muscle power focus, including the reshaping of its forces along modern lines. From Chairman Mao’s “two bombs, one satellite” plans and Deng Xiaoping’s 24-character foreign policy to Xi Xinping’s China Dream, crucial aspects of Chinese diplomacy are discussed. While this chapter is impressive, others need to be updated beyond 2018 and more consistency (referring to units of land measurement, for example).

The next chapter, an explanation of the Belt and Road Initiative (BRI) goes beyond the usual topics to highlight the role state-owned enterprises (SOEs) play in facilitating Chinese economic diplomacy. Roy-Chaudhary says China aims “to use economics to promote politics and combine politics and economics.” The BRI is contextualized with the necessary focus on geopolitics in the Indian Ocean region, where China uses it as a “wedge” between states to stay powerful.

The next four chapters, which are particularly relevant for policy makers, are dedicated to the specific country mentioned in each title. They address political, economic and defense relations with an assessment of India’s position in context. Each of these chapters ends with a section pointing the way forward by answering the question: “What can India do?”

With Bangladesh, the author suggests areas of cooperation such as supporting Dhaka’s Blue Economy Initiative, its nuclear energy program (the Rooppur nuclear power plant is an example) and helping to strengthen human capital. In fact, Bangladesh seems to be India’s best bet, with Chinese influence running quite deep in the other three states. Sri Lanka, in particular, stands out, and Roy-Chaudhury provides enough examples — maritime “research surveys” by Chinese vessels in Sri Lankan waters in 2014, Chinese financing of the 2015 general election by through state-owned enterprises and the waiver of the Tripartite Agreement between India and Japan-SL in 2021 above the Eastern Container Terminal at Hambantota. Similarly, the Chinese hold on the Maldives is strong, even if India is gaining ground there. The decision to reconsider the FTA with China reflects Male’s cautious stance towards Beijing. In Myanmar, it was the Chinese who exercised caution. China has influenced the country’s politics by funding ethnic armed organizations (mainly the Wa State United Army). This has now become a concern as the EAOs united against the Tatmadaw in the post-coup period. The author also brings up the idea of ​​“diploterrorism” in Myanmar, which is of some concern to India. All this material is useful documentation on geopolitics and geostrategy in India’s neighborhood.

The Chinese Factor might seem like just one more book in the ever-growing library of tomes warning us of our giant neighbor’s intentions. However, research on relevant topics cannot stop. The fact that this is an addition to the growing literature on the subject is a further reminder that New Delhi must take note of the ‘gray rhino’ before it is too late.

Shrabana Barua is an Assistant Professor in the Department of Political Science at Hindu College, New Delhi.

This is what the future of personal loans looks like – With SoLo funds, no banks are needed