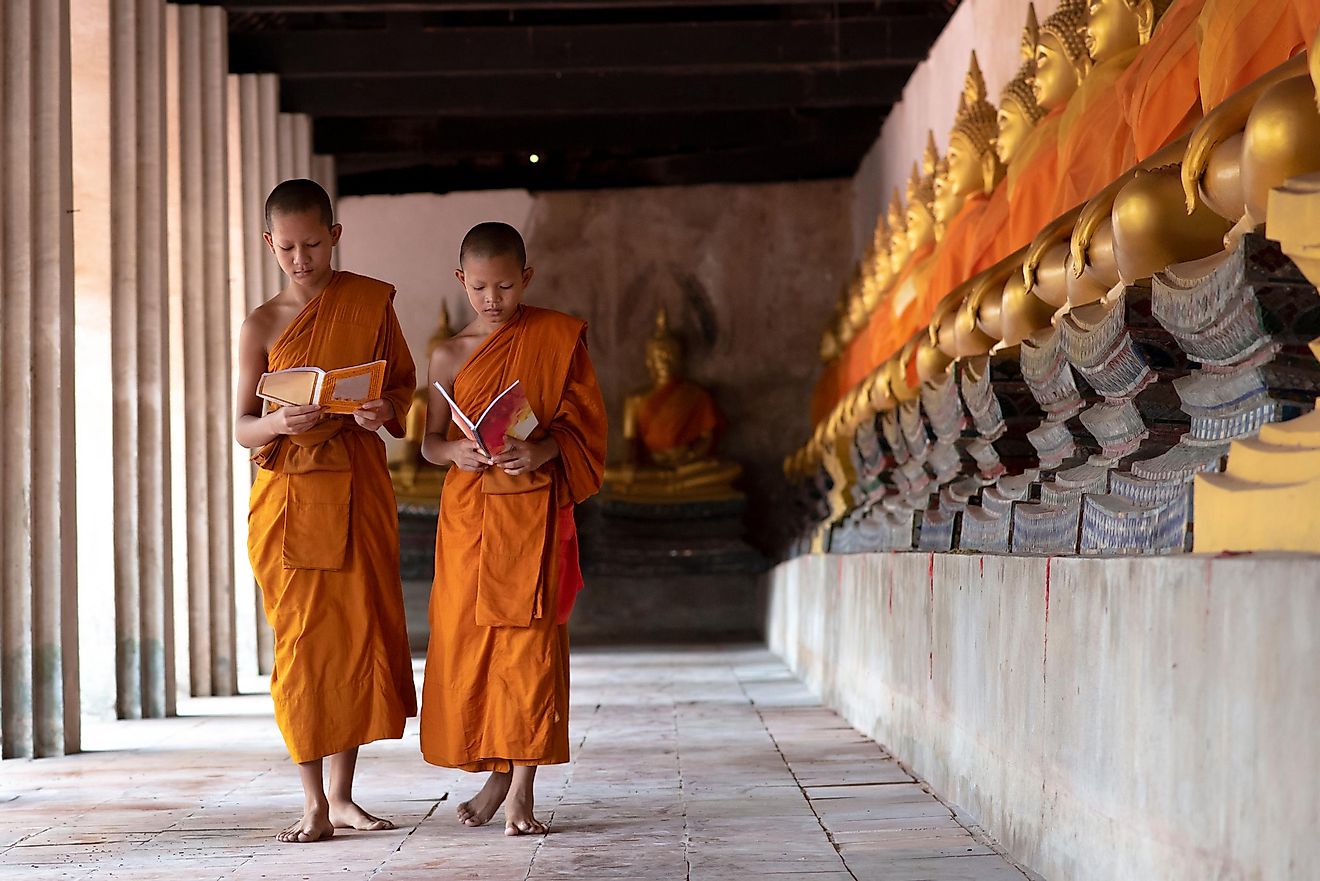 The sacred texts are extremely important for the followers of the religion. They guide adherents on how to live and act, and also serve as records of religious history. There are several types of sacred writings, including scriptures, holy books, canons, and apocrypha. Each type varies slightly in content and purpose, but all act as an authoritative guide for religious followers.

The Bahá’í religion grew out of the teachings of Bahá’u’lláh, who was born in the early 18th century and was an Iranian nobleman who claimed to be the divinely ordained successor of the Prophet Muhammad. He taught that all religions are part of God’s plan for the spiritual development of mankind and that there is an underlying reality that unites all faiths. The sacred texts of the Bahá’í religion include the Quran, the holy book of Islam; the Bible; and the writings of Baha’u’llah.

Buddhism was founded by Siddhartha Gautama, also known as the Buddha, in the Iron Age. It is based on the teachings of the Buddha and those of his disciples. The Buddha lived and taught in the northeastern Indian subcontinent and died in Kushinagar. Buddhism has played an important role in the history of Asia. Sacred texts are an important part of the religion, providing guidance and teachings to followers. There are many types of Buddhist scriptures, each with its own purpose. The most famous Buddhist scripture is the Diamond Sutra, a collection of the Buddha’s sermons. Buddhists use this text as a guide to help them live their lives in accordance with the Buddha’s teachings. Other important Buddhist scriptures include the Lotus Sutra, a collection of the Buddha’s wisdom, and the Heart Sutra, a summary of the main points of Buddhist doctrine. Buddhists use these texts to better understand their religion.

Christians believe in one God who revealed himself through the sacred texts. Christians divide them into two parts, the Old Testament and the New Testament. The Old Testament is the Hebrew Bible that Christians consider to be divinely inspired. The New Testament is a collection of 27 books, including the Gospels, Acts, and letters from various early Christian leaders. Christians regard these texts as sacred writings or the word of God. Sacred texts are an important part of the Christian faith because they provide guidance and insight into God’s will. Christians believe that by reading and studying the Bible, they can better understand the mind and heart of God. Sacred texts also play an important role in worship, as they are often used in preaching and teaching.

Hinduism was founded in India and is the oldest religion in the world. Sacred texts include the Vedas and Upanishads, as well as the Bhagavad Gita. These texts are sacred writings that contain Hindu teachings, laws and philosophies. Hindus believe in reincarnation and karma. This means that a person’s soul goes through a cycle of birth, life, death and rebirth. Good deeds and bad deeds determine how the soul is reborn. Hindus also believe in Dharma, which is to live according to cosmic law and order. Sanatana Dharma is the eternal way of life. This is the path that leads to the liberation of rebirth. Hinduism aims to achieve Moksha, which is liberation from the cycle of rebirth and reunion with the divine.

Islam is a religion that began in the 7th century with the Prophet Muhammad. It is the second largest religion in the world, with over 1.6 billion followers. The word Islam means submission to God. Muslims believe that there is only one God and that Muhammad is his messenger. Holy texts for Muslims include the Quran, which is considered the word of God, and the Hadith, which is an account of the words and actions of Muhammad.

Jainism was founded in ancient India by Vardhamana Jnatiputra. Jainism teaches that the universe is eternal and every living thing has an immortal soul. The most sacred texts are the Agam Sutras, a collection of scriptures. These scriptures contain the teachings of the Jain Tirthankaras, who are considered enlightened beings. Other sacred texts include the scriptures of the Digambara and Svetambara sects of Jainism. Jains do not believe in a personal god. Instead, they worship the Tirthankaras, who are enlightened beings who have attained liberation from the cycle of birth and death.

Judaism teaches that there is one God who created and rules the world. The Jews are His chosen people charged with representing Him in the world and bringing His message of ethical monotheism to all mankind. Sacred texts include the Torah (the five books of Moses), the prophets and the writings. The Talmud is a central text of Rabbinic Judaism and is studied by all Jews.

Sikhism was founded in the 15th century by Guru Nanak. It is a monotheistic religion that believes in one God and teaches the equality of all humans. The sacred texts of Sikhism are the Sri Guru Granth Sahib, which is the sacred scripture of the Sikh Gurus, and the Dasam Granth, which is a collection of writings by Guru Gobind Singh.

Taoism is a religion that worships the Tao, or followers of the “Way” believe in following the Tao to achieve harmony with the natural world. The Tao is considered the driving force behind all things, so Taoists seek to live by following it. This may involve practices such as meditation, feng shui, or acupuncture. The sacred texts of Taoism include the Tao Te Ching and the Zhuangzi. The Tao Te Ching is a sacred scripture that contains the teachings of Lao Tzu, the founder of Taoism. The Zhuangzi is another scripture that includes instructions from Zhuang Zhou, a disciple of Lao Tzu.

Zoroastrianism believes in one God, Ahura Mazda, and the seven immortal saints called Amesha Spenta. Sacred texts include the Avesta, a collection of sacred writings, and the Gathas, hymns composed by Zoroaster himself. The religion of Zoroastrianism has three central principles: good thoughts, good words and good deeds. Zoroastrians are also required to perform certain rituals, such as prayer and fasting, and to participate in the six seasonal festivals.

Most religions have sacred texts which are considered sacred writings. Sacred texts are important for religion because they guide believers. They can also be a source of comfort and inspiration. Sacred texts can be used to settle disputes and teach new generations about the beliefs of the religion. In short, sacred texts are essential to the practice of any religion.

Strange deep-sea creatures discovered in the depths of the Indian Ocean, scientists are puzzled