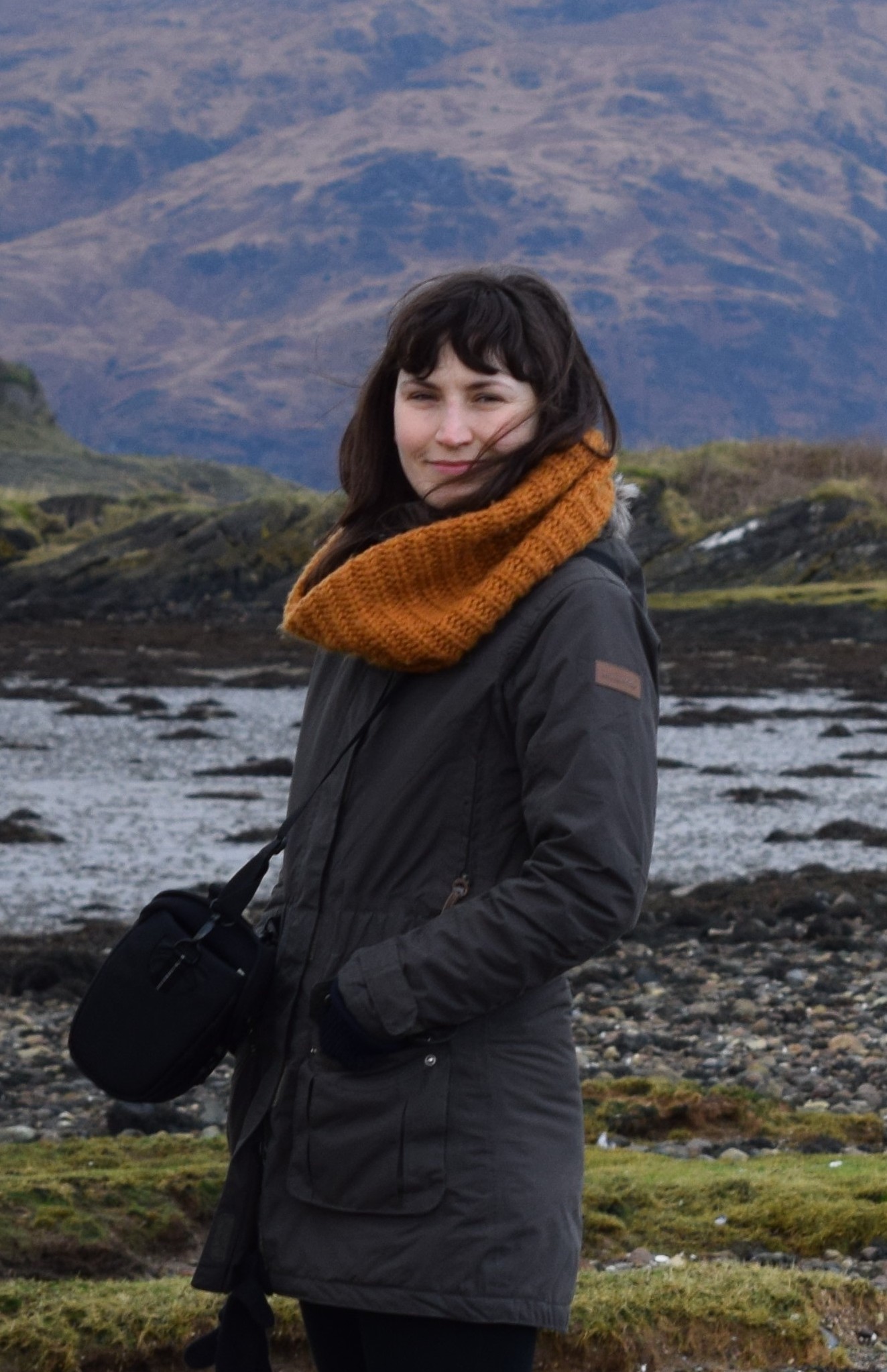 The bottom line of all this is self-negation: “It only takes a moment to gently cut yourself / it’s a miracle that not everyone does.” Thus, the book, ostensibly on healing, opens on evil (the play is made explicit by the prefix “self”). We are not well; how could we be? How, then, can we improve?

Walton’s New Non-Fiction Book Everyone needs beauty asks the same questions as its premise. It’s an account of the different ways that people have sought and continue to seek healing in nature, in the hope that it might inform ways to coexist with the climate crisis and its particularly disturbing set of threats. Walton is not prescriptive as to what “cure” might look like, nor is she particularly interested in decoding “disease” which means she hears overwork, poverty, stress, eco-anxiety and other forms of ill health which, in a broad sense, stem from capitalist exploitation and alienation. The book therefore seeks to discover – via a â€œradicalâ€ overhaul of what is meant by well-being and by nature – â€œif eco-recovery can work in both directionsâ€, if indeed a person can be in good health if its environment is not.

The book is composed of eight chapters, which address a force or a different natural place (water, mountains, forest, garden, park, farm, virtual nature and â€œlost placesâ€). The strongest are the last four, which bring compromised forms of nature into a conversation that tends to be dominated by the wildest. The chapters on water and mountains cover somewhat familiar ground: the religiosity that accompanies immersion in water, the mountain as a historic site of male conquest, the mention of Nan Shepherd and her commitment to “slowness and dedication â€, to knowing the mountain through a smooth and steady approach (although I liked the mention of free soloist Alex Honnoldâ€œ smearing â€his feet on the face of El Capitan, 3,000 feet above sea level. altitude without ropes).

Since the ‘rebirth’ of nature writing in early adolescence, culminating in around 2016 when Charles Foster wrote a book on eating worms in a badger with his grandson and Melissa Harrison published a book on the four walks, the genre became more extensive, which involved the concept of nature itself being productively disrupted. The gender’s white, masculine and bourgeois leanings have also been tempered by platforms like the Willowherb Review, the Natasha Carthew Nature Writing Award for Working Class Writers, and the efforts of writers and organizations that promote before the work of BAME, LGBT +, and disabled writers and artists (Walton herself wrote about those efforts here, in 2019). This text once again marks an intervention in the bias: it is geographically extended, more interested in the structural than the personnel, and the systems of governance which hinder or encourage specific modes of communion with the natural world.

In the chapter on the forest, Walton addresses the central problem of the “natural remedy”, namely that it is often invoked to support a capitalism that exploits both nature and the worker, a maneuver that Walton calls “a means of get repaired for more work. â€. She illustrates this by looking at the history of “forest baths”, which incorporate Buddhist and Shintoist practices but were invented by the Japanese Ministry of Agriculture, Forestry and Fisheries in direct response to a culture. of overwork so harmful that the deaths it caused have received their own names, karoshi. Therapies like these, Walton suggests, are sometimes nothing more than an attempt to bring workers back to the level of health required for more work.

In “Park”, Walton traces the history of Central Park to the 16th century, when it was first settled by Europeans. Now a highly man-made collection of mini-lands built by America’s first landscape architect, Frederick Law Olmsted, Manhattan was once a “vibrant ecology of wetlands and waterways,” home to the Lenni Lenape people and habitats of “wolves, bears. blacks, and mountain lions â€. As Walton writes, “Long before the lawns of Central Park were laid, these traces were destroyed as native lands were divided between merchant families and the lairs of beavers, tree frogs and shattered marsh turtles.” and forgotten â€. In this chapter, Walton also draws attention to the impositions of English on landscapes around the world: vestiges of colonial violence, places of “contradiction and pain”. She cites Olivette Otele on the aristocratic park as one of the â€œreluctant memory sitesâ€, representing both the ecologically devastating impact of colonization and the superposition of false civility.

As colonial artifacts, sites of displacement, and representations of enforced docility, parks are not the places where much writing about nature spends its time. They are often sad little bits of lawn in a new subdivision that promises “access to green spaces”; Largely ecologically sterile, these strips of grass do not provide shelter for insects, wild plants or animals, or even refuges for humans. They were also often funded in the UK by wealthy industrialists, “the same people who employed workers whose health and happiness were deteriorating … in their factories.” Yet these sites are a “lifeline” for people living in cities, the evidence of which came during the first coronavirus lockdown, which made people “newly desperate to be in parks”; what Owen Hatherley identified as a â€œfree and spontaneousâ€ recuperation of public space. Walton’s chapter ends with a call to strengthen this by ceding the parks to people and wildlife: “What would it mean to have a wetland in a city park, or animals grazing,” or places to pick fruit, or turn city streets into forests where people experience the natural processes that make the earth truly livable? Â»Parks become centers for ecology and community, capable of change and surprise. As Walton writes: â€œI just don’t want enough of nature. I want more.”

Everyone needs beauty comes to the conclusion that it is not the experience of being in nature that makes us feel better, but that the soul is strengthened by a sense of complicity, presence and the capacity of the self to provide care . The threat of dislocation posed by climate change is existential because it attacks the system of relationships by which human beings make sense to us; any attempt at a “cure” which does not take this network into account will remain insufficient.

It is a more complete book than intoxicating. A call for more connection and a radical reassessment of the involvement of the human in the non-human is clearly needed. However, without significant structural suggestions for how this might be achieved – aside from the inner city wetlands – the book may struggle to bring about the reorientation it aims to achieve. Sometimes this is reflected in pockets of conservatism: In an analysis of DH Lawrence’s short story “Sun”, Walton describes the “delightful sexual and emotional arousals” that Lawrence women often experience in “wild places”, before d ‘write that it is “fortunately, many kilometers from modern forest therapies”. Why fortunately? In my ecological imagination, I just don’t want enough degeneration; I want more.

However, the book does a serious job of imagining what urban spaces might be like, if people other than real estate developers and nervous councils were involved in leading them. Through her attention to language, Walton often highlights times when words could mark or effect a redistribution of the relationship: the little girl who, under the tutelage of London’s first black director Beryl Gilroy in the 1940s, says that “Sparrers are not birds – they are Londoners”; or the word anikoobijigan in the Anishinaabe tradition (a group of Indigenous people from what is now called Canada and the United States), which means both “ancestor” and “descendant.” These two examples show the capacity of language to shed light on less paternalistic, more playful ways of thinking. Other examples can be found in Walton’s poetry, in particular Self Heal’s â€œAnimal Poemsâ€, which range from gently delighted (octopus: â€œa bad idea all roundâ€) to transcendent (midges: â€œinterference “).

Our “minds are constantly expanding,” writes Walton: Triassic rocks no longer induce feelings of existential nausea, as they did for early geologists, because we learn better how old the planet is and for how long. here we are. The challenge we face then is how to â€œface and hold onto hopeâ€ in a deeply unhealthy world; to â€œimagine and create a different worldâ€, driven by reciprocity rather than by extraction. This book is perhaps not the most radical of interventions, but in its consciousness and width, it is a good starting point.

stories of hope and resilience

Mahatma and Madiba watch: Are we ready?