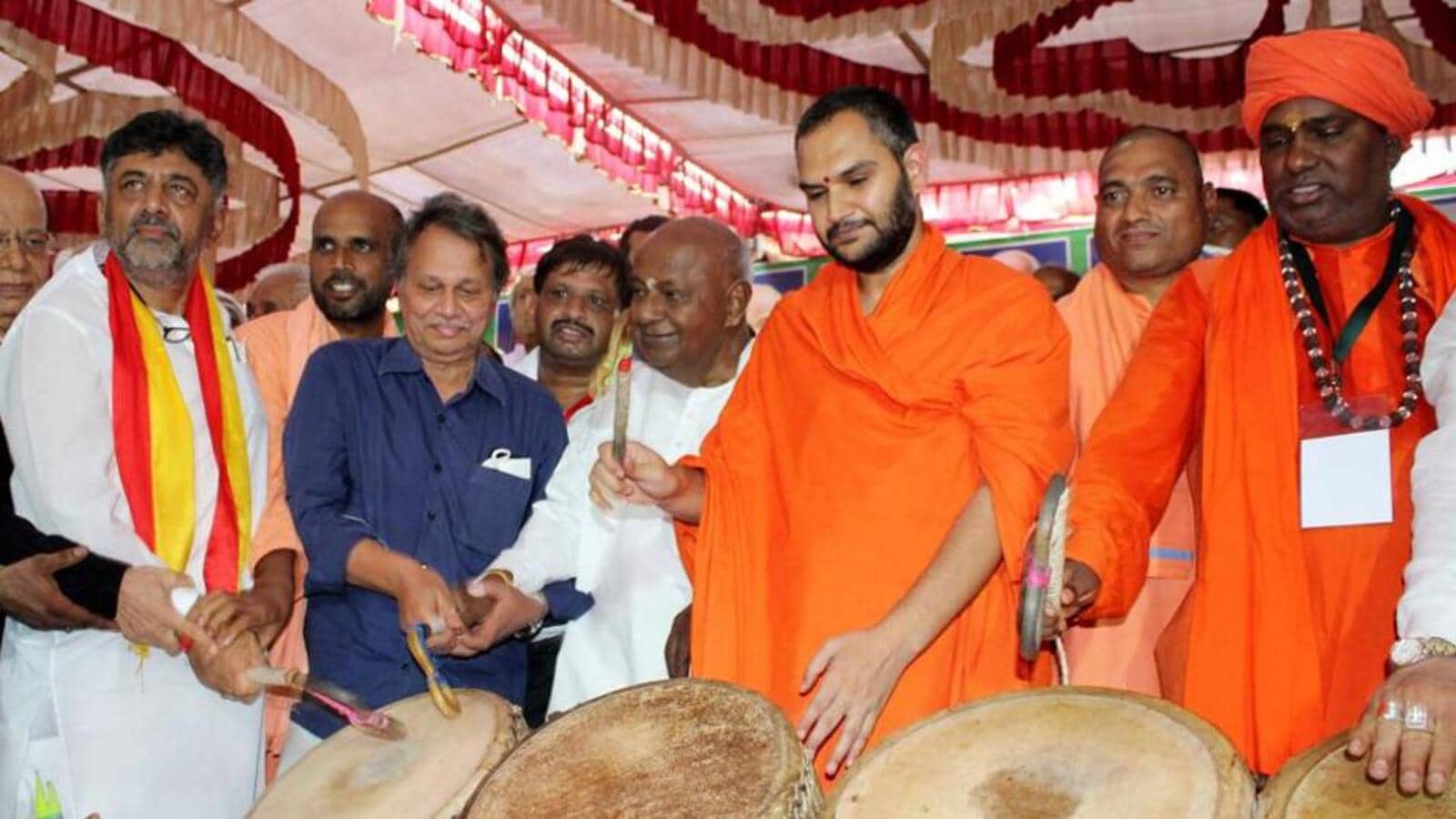 Sri Kaginele Mahasamsthana Kanaka Gurupeetha, one of the holiest religious centers of the politically influential Kuruba community, has written a letter to the Minister of Education of Karnataka regarding the shrinking space at Kanaka Dasa, one of the state’s most revered personalities.

Kanaka Dasa (1509-1609) was a great poet and musician and belonged to the Kurube Gowda community, who were warriors. He was also a social reformer who attacked evils like the caste system and the division between the privileged and the poor.

The chief matha seer said that the changes made by the new review board should be rectified and proper and detailed information provided on Kanaka Dasa and its teachings.

The seer also lambasted the chairman of the textbook review committee, Rohit Chakrathirta, saying he was not an expert and demanded that the government prosecute the textbooks which were revised under the leadership of Prof. Baraguru Ramchandrappa.

Several other seers from prominent and politically influential communities have also raised objections to the distortions, exclusions and alterations made to other historical figures connected to their religions.

The letter and statements add to the growing controversy over Karnataka’s textbooks which were revised under the committee headed by Chakrathirtha, which has now been disbanded after public outcry.

The Bharatiya Janata Party (BJP) government led by Basavaraj Bommai has been accused of trying to ‘distort history’ by making several controversial changes and nuanced edits to erase the contributions of several great historical figures like Dr BR Ambedkar , Mahatma Gandhi, Basavanna, among others. They were also accused of trying to saffronize school textbooks, a charge denied by the BJP.

“It is a pity that the BJP government of Karnataka does not gracefully accept its mistakes in revising textbooks and instead makes false allegations to defend its mistakes,” opposition leader Siddaramaiah said on Friday.

The Karnataka government on Thursday tried to corner Congress over the Karnataka textbook controversy, saying it was the opposition party-led review committee that tried to ‘hide’ the atrocities committed by Muslim rulers, glorifying them and removing references to Hindu kings and kingdoms. .

Revenue Minister R Ashok said the review committee under the BJP government had put in place all the right aspects of history to be taught to children during his government between 2008 and 2013.

He said that during the reign of the Congress between 2013 and 2018, the then Chief Minister Siddaramaiah formed a committee headed by the famous writer, Professor Baraguru Ramchandrappa to remove all references to kings and the Hindu culture to “glorify” and appease minorities in just two years. previous revision.

“The reason for this change was that there were several Hindu mentions that were removed. Like the mention of the Hindu Mahasagara which was replaced by the Indian Ocean. Since the times of Ramayana and Mahabharata, it has been called Hindu Mahasagara. Even public sector companies under (Jawaharlal) Nehru like Hindustan Aeronautics Limited, Hindustan Machine Tools were there. They wanted to remove this Hindu word. There were several mentions of gods like Rama, Krishna, Eshwara, Rajuts, Shivaji but none of these pleased the Congress and appointed a committee to remove them. There was a constant feeling to appease minorities that they (Congress) made changes to the textbooks, which is now clear,” Ashok said, HT reported.

“Congress is the one that politicizes the issue. There were over 150 mistakes made by the committee headed by Baraguru Ramchandrappa under the Congress. No objections were then raised. Whatever mistakes we made, i.e. about 15, we will rectify them and the process has already started,” according to a member of the office of the Minister of Education BC Nagesh.