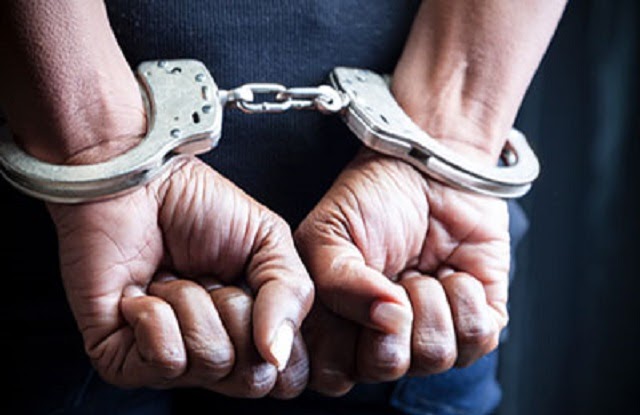 Although Mr. Silva was one of 93 prisoners who were pardoned that day, including 16 LTTE detainees. But his forgiveness, while not unexpected, came as a national shock given his daring and timing.

June 24 was Poson Poya Day. The Daily Mirror and the Daily News reminded Sri Lankans of the importance of Poson, the most important Buddhist holiday after Vesak. It was on this day, 2,300 years ago, that King Devanampiya Tissa met Emperor Asoka’s son, Arahat Mahinda, in the jungles of Mihintale. Their meeting led to Sri Lanka’s first formal religious conversion led by the king himself and administered by the missionary prince of India.

The Daily Mirror editorial called on its readers to “contemplate the teachings of the Buddha” as Sri Lankans battle all the horrors of 2021, and attempted to end on a calypso note that today’s Sri Lankans hui should do their part so that future generations can proudly sing along (with Harry Belafonte) – “Oh, island in the sun; Was bequeathed to us by the hands of our fathers; All our days we will sing praises; Of your forests, of your waters and of your shining sand. The Daily News was more solemn, drawing attention to the symbiosis between Buddhist ethics and environmental protection, and calling on Sri Lankans not only to protect their blessed island, but also to save the cursed planet.

Presumably unbeknownst to the two newspapers, the President of Sri Lanka was thinking of his own contribution to mark Poson in this year of horrors. The president chose to pardon and release Duminda Silva from the life sentence he was serving for murder. Although Mr. Silva was one of 93 prisoners who were pardoned that day, including 16 LTTE detainees. But his forgiveness, while not unexpected, came as a national shock given his daring and timing. The Sri Lanka Bar Association (BASL) was quick to ask the president to confirm whether due process had been followed in granting pardon, including a report from the High Court’s trial judges , the opinion of the Attorney General and the recommendation of the Minister of Justice.

It was up to Sumana Premachandra to give a personal and religious note and denounce the “injustice” of granting the presidential pardon “on the most auspicious day of ‘Poson Poya'”. Sumana Premachandra is the widow of former SLFP MP Bharatha Lakshman Premachandra who was shot dead during the local government election on October 8, 2011. Duminda Silva and four others were convicted of the crime and given life sentences by the Colombo High Court in 2016, which was convincingly upheld by the Supreme Court two years later in a landmark ruling on electoral violence, including murder.

This is the second pardon granted by the current president in less than two years. The first was in March 2020, at the start of Covid-19, when he pardoned former Staff Sergeant Sunil Ratnayake who had been convicted in 2015 for the murder of eight civilians, including three children, in Mirusuvil in April 2000. This conviction and death sentence were also upheld on appeal by the Supreme Court in 2019. Unlike Sergeant Ratnayake, Duminda Silva is wealthy and has influential family ties. He is also a Catholic, as is Jude Jayamaha, whom President Sirisena pardoned in November 2019, in his last days in office.

Jayamaha faced the death penalty for the brutal murder of a Swedish-Sri Lankan teenage girl, and her conviction and sentence were also upheld by the Supreme Court. There was national outrage then, and Sirisena made matters worse by awkwardly lying that a Catholic bishop had pleaded for Jayamaha. This time, a Catholic apology is unlikely, so the reason for forgiveness will likely be Poson’s compassion. But what about the mercy and compassion for others, the four convicts and convicts with Duminda Silva, not to mention the hundreds of others who have no one to pull the strings for them?

What is shocking is the impudence behind this forgiveness. Maybe that shouldn’t be shocking. Clearly, the President places much more weight on his personal IOUs than on what he owes the country. In his eyes, it is the country that owes him everything, and not the other way around. After all, he renounced his American citizenship for the sake of the hapless Sri Lankans. And the granting of all pardons is a key part of presidential powers. This was the short-lived Trump doctrine in America and it finds application in Sri Lanka. Institutionally, it is possible that the government was shaken by recent court rulings against the government and wanted to obtain Duminda’s pardon before new insurmountable roadblocks were erected.

The Supreme Court has pronounced politely wrapped restrictions on the port city’s legislation, after government lawyers ridiculed themselves trying to defend the indefensible. And the government was forced to back down on the bill. More damning was the appeal court’s decision to grant bail to former CID chief Shani Abeysekera, after rejecting the attorney general’s bogus apology that was shamelessly crafted to please political masters. A month earlier, on May 21, the Supreme Court pronounced a new offensive against police brutality and executions in detention in its ruling on the fundamental rights case of 17-year-old Sandun Malinga, who was fatally beaten while ‘he was in police custody in May 2014.

The government could not have missed the judicial writing on the wall. He must have realized that the recommendation of the Capricious Presidential Commission of Inquiry into Political Victimization ordering the Attorney General to re-appeal to the Supreme Court for a reconsideration of Duminda Silva’s conviction, is not a serious proposition and will only backfire, given the current trend of court decisions. The safest way to fulfill the President’s personal IOU is to issue a presidential pardon on the day of Poson Poya. “Look before you jump” has never been this government’s maxim. Jump first and see later is its modus operandi. Even Poya’s days are not spared by his jumps.

If you remember the pre-poya / poya holidays of old, you would have noticed that it was on the pre-Poson day, Wednesday June 23, that Ranil Wickremesinghe returned to parliament as the only member of the national list of the UNP, nearly a year after his party and his party’s electoral rout. If Mr Wickremesinghe and his supporters thought Poson’s return to parliament the day before was a sublimely auspicious political omen, surely they must be feeling disappointed by what the president did the day after Poson Poya.

Before being eclipsed by the presidential pardon of Duminda Silva, Ranil Wickremesinghe’s return to parliament drew many mixed reactions. There were welcome anticipations which were followed by positive comments on his first day speech (erroneously referred to by some as “first speech” – there is nothing young about him after 40 years as an MP. ). Those who welcome him believe that RW has the experience and wisdom to make a positive contribution to helping the country emerge from the dystopian mess that the current government has created. The same charitable voices warn Mr Wickremesinghe to stay away from his old games, short or long, and help parliament collectively do its job of checking and balancing – not just the executive branch, but also the incompetence and inaction of the executive. .

On the other hand, there have been cynical comments and suspicions that RW is returning to parliament to once again become leader of the opposition in collusion with his longtime and convenient political foil, Mahinda Rajapaksa, the current Prime Minister without no power 19A. And there have also been strong and justified political criticisms that his return to parliament would only disrupt the opposition, that he is intended to divide the Samagi Jana Balawegaya (SJB) by poaching SJB deputies to join the former UNP, and will eventually make things easier. than they should be for the government.

In his speech on Wednesday, Mr Wickremesinghe, whose last post was Prime Minister under the 19th Amendment, said “the (current) Prime Minister and cabinet should take responsibility for controlling the pandemic”. There was no reference to the chair or the 20th Amendment in the speech. Whether it was the typical RW snub of someone calling him “Sir” in the past and who has since become president, or if he was making a constitutional point, does not matter given of the serious situation in which the country finds itself.

However, over the discussions at the table, there are two Sri Lankan presidents, Maithripala Sirisena and Gotabaya Rajapaksa, who addressed Ranil Wickremesinghe as “Sir”, before becoming presidents. That RW was unable to work with (let alone “manage”) the former is largely the sad story of yahapalanaya. What he would do with the latter, in his new role as a lone ranger for the big old party, was becoming a table talk in Colombo political circles. That was until the president granted forgiveness to Duminda, under a full moon, over an unsuspecting country.

While the presidential pardon was a shocking experience for all the moral sensitivities that still exist in the country, the return of Ranil Wickremesinghe is a fitting anticlimax to the degenerative state of the country’s politics. Politics today have no bright prospects and are teeming with crawlies of idiots. Sri Lanka’s post-independence history is full of missed opportunities by some very capable political leaders. But never before has there been a case where an entire government was without jurisdiction over any of its issues. It is a tall order to expect anyone, this old, wise and experienced, to change the current situation just by being a single Member of Parliament. in parliament. At the very least, Mr. Wickremesinghe should try to refute the cynical predictions of his many detractors – that he came back to play the same game with the Rajapaksas for himself and for them. On the other hand, RW’s presence in parliament should hopefully put pressure on Sajith Premadasa and the SJB to demonstrate not only that they are an effective opposition in parliament, but also that they are capable. to have serious political influence in the country. As for TNA and JVP, perhaps even more so in TNA, they have already been bitten by their uncritical association with Ranil Wickremesinghe. They should think twice, if not ten times, before starting new matches with Mr Wickremesinghe in parliament.

Artists, innovators and thinkers who died in 2021