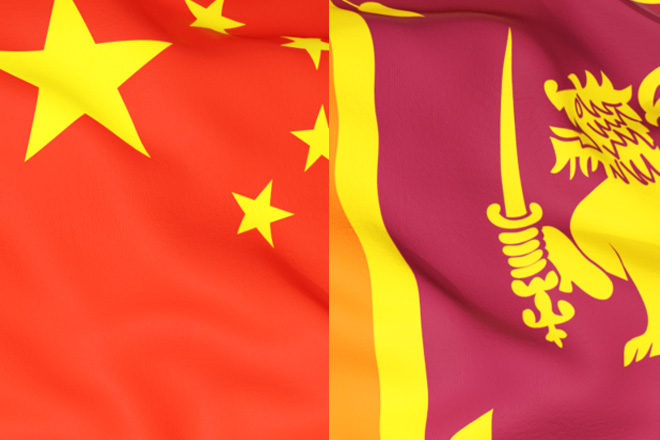 Guangdong 21st Century Maritime Silk Road 2021 International Exhibition was held from September 24-26 at the Canton Fair Complex, Guangzhou, organized by the Committee of the China Council for the Promotion of International Trade of Guangdong and the Department of Commerce of the Guangdong.

The Sri Lankan Consulate General in Guangzhou participated with a country pavilion, consisting of 36 square meters, designed and decorated by the Consulate. Visitors have been drawn to the pavilion because of its various attractions in bright colors embossed on its walls and showcasing prominent Sri Lankan tourist and archaeological sites as well as handicrafts.

The consulate, with the help of the Sri Lanka Export Development Board (EDB), organized the participation of agents from 08 Sri Lankan companies, located in China, consisting of latex products, gemstones and jewelry, ‘Ceylon tea’ crafts, biscuits, kittul pani and coconut oil. The Guangzhou-based Sri Lankan Airlines Office also participated in the fair.

Sri Lankan Consul General in Guangzhou, Priyangika Dharmasena, was interviewed by Nanfang Daily on the event and on the relationship between Guangzhou and Sri Lanka as Guangzhou becomes a hub city for the Belt and Road Initiative “.

The fair is a platform to promote its culture, tourism, trade and investments. This is an annual event that started in 2014 in Dongguan City, Guangdong Province, and then in Guangzhou.

Also in the years 2014 and 2019, the consulate in coordination with EDB had participated in the exhibition with many Sri Lankan companies, in various sectors such as coconut fiber, tea, clothing, precious stones and jewelry and craftsmanship.

More than 1,200 international and local branded companies, including 43 consulates and embassies from Guangzhou and Beijing, participated, while more than 700,000 people visited the exhibition online and offline.