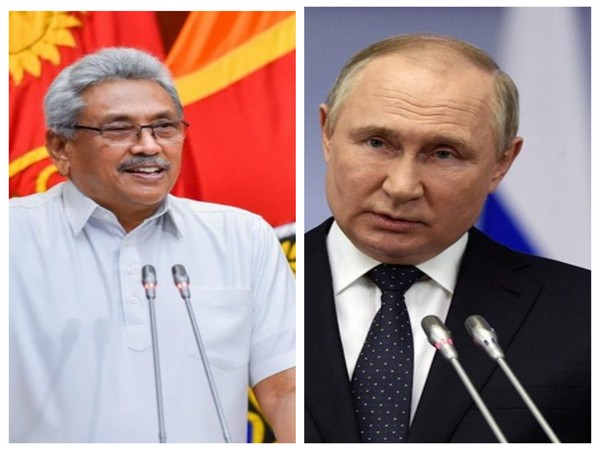 Dove: As Sri Lanka continues to grapple with its worst financial crisis in seven decades, President Gotabaya Rajapaksa called for urgent credit support to import fuel into the island nation during a phone conversation with Russian President Vladimir Putin on Wednesday.

The two leaders discussed bilateral cooperation between the two countries in several key sectors, including energy, even as Colombo was negotiating a support package with the International Monetary Fund (IMF).

“Had a very productive teleconference with Russian President Vladimir Putin. While thanking him for all the support his government has provided in overcoming past challenges, I requested an offer of credit support to import fuel into Sri Lanka in order to overcome the current economic challenges,” Gotabaya tweeted.

In addition, Gotabaya also asked Putin to restart Russian Airlines’ Aeroflot operations in Sri Lanka. “We unanimously agreed that strengthening bilateral relations in sectors such as tourism, trade and culture is paramount to strengthening the friendship that our two nations share,” Gotabaya tweeted.

“At the initiative of the Sri Lankan side, Russian President Vladimir Putin had a telephone conversation with the President of the Democratic Socialist Republic of Sri Lanka Gotabaya Rajapaksa,” the Kremlin said in a statement.

The two presidents discussed topical issues of bilateral trade and economic cooperation, particularly in the fields of energy, agriculture and transport.

As part of the 65th anniversary of the establishment of diplomatic relations between the two countries celebrated this year, “the mutual readiness to continue the gradual development of the traditionally friendly Russian-Sri Lankan relations has been confirmed”.

According to the statement, the presidents agreed to continue contacts at different levels.

At a June 28 press conference, Sri Lankan MP Mahindananda Aluthgamage said the Russian Ambassador to Sri Lanka had initiated the discussion to facilitate the telephone conversation between President Rajapaksa and Russian President Vladimir Putin to reach an agreement for the purchase of fuel.

The MP said the government had developed a comprehensive mechanism to ensure a continuous supply of fuel after July 10.

Amid the unprecedented fuel crisis, the Sri Lankan Ministry of Education has declared a one-week vacation for all state-approved public and private schools. Also earlier, on June 18, the Sri Lankan government announced the closure of all schools for a week.

Sri Lanka is facing the worst economic crisis since its independence in 1948, leading to severe shortages of essential items like food, medicine, cooking gas and fuel across the island nation.

Violent protests sparked political unrest that led to the resignation of President Gotabaya Rajapaksa’s brother, Mahinda Rajapaksa, from the post of prime minister and the appointment of Ranil Wickremesinghe as the country’s prime minister in May.

The country, facing an acute foreign exchange crisis that led to a foreign debt default, announced in April that it was suspending repayment of nearly $7 billion in foreign debt due for this year out of about $25 billion due until 2026. Sri Lanka’s total external debt stands at $51 billion.