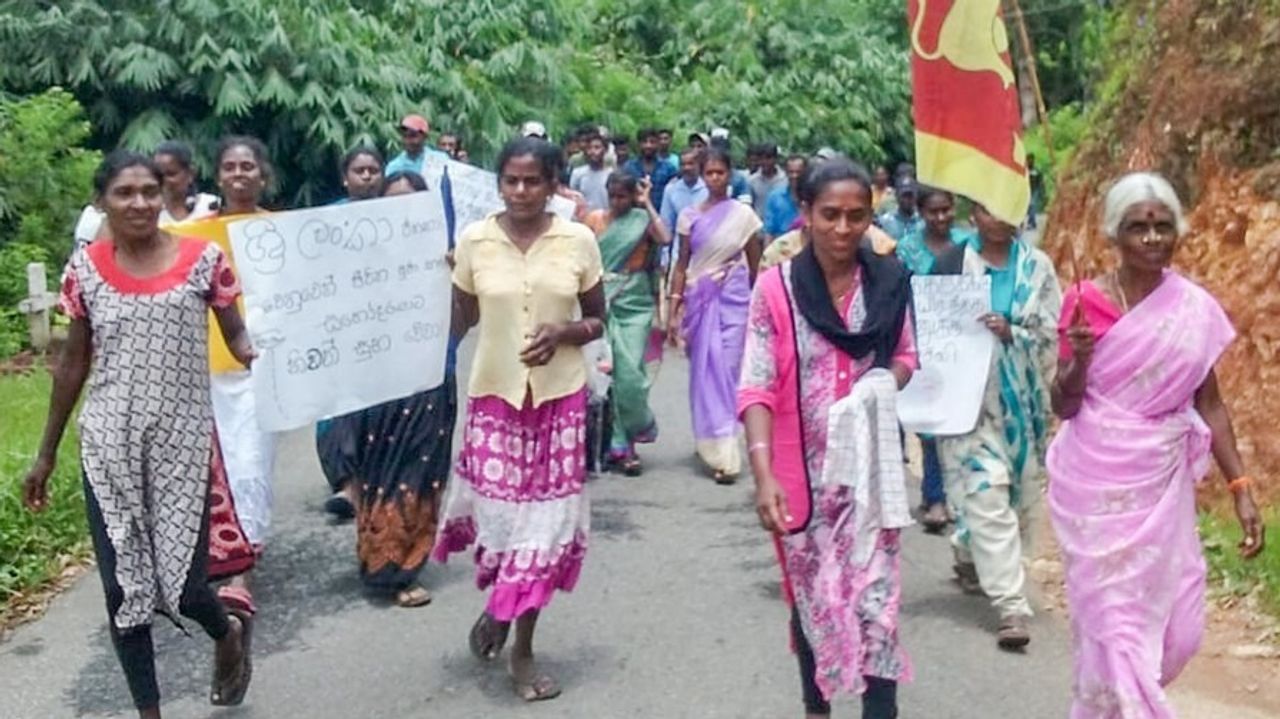 Sri Lanka’s government crisis has deepened as big business this week demanded immediate action to end the country’s economic, social and political turmoil, including the formation of a national unity government.

The business and financial elite fear the revolutionary implications of the mass protest movement that has rocked the country as large sections of the working class show signs of accepting the call for the resignation of President Gotabhaya Rajapakse and his government. The brutal police firing on unarmed protesters in Rambukkana on Tuesday, which killed a poor laborer, further infuriated the masses.

On Wednesday, all the big business lobbies, including the Ceylon Chamber of Commerce and the Federation of Chambers of Commerce and Industry of Sri Lanka, wrote to the president asking him to take immediate legislative action to repeal the 20th amendment to the Constitution, saying it “contributed to the current situation.

The 20th Amendment signed into law in October 2020 restored all the sweeping draconian powers of the executive presidency and, among other things, turned parliament into nothing more than a rubber stamp.

Big business chambers have expressed concern “that the current political stalemate coupled with growing public unrest could potentially derail measures taken to resolve the severe economic crisis” in the country. The repeal of the 20th Amendment was to be accompanied by a “consensual approach”.

The letter stated: “We recommend that a bipartisan national government be established…to emerge from the current economic crisis” and “address issues related to fuel, electricity, gas and other critical elements of the supply chain.” supply”.

The unprecedented direct intervention of big business is not because they have an iota of concern for the plight of workers. The corporate and financial elite have amassed huge profits during the COVID-19 pandemic while insisting on a policy of herd immunity that has allowed the virus to ravage the island.

The ruling class fears that unless the protests end quickly, a much wider political movement will erupt once talks currently underway with the International Monetary Fund (IMF) for a bailout are concluded, revealing the extent austerity measures required.

In talks with Sri Lanka, the IMF demanded “adequate assurances” that the country’s debts can be put on a sustainable path. This means, among other things, drastic cuts in public spending, an increase in taxes and a vast restructuring of public enterprises.

Rajapakse knows that such measures cannot be implemented peacefully. The president and his brother, Prime Minister Mahinda Rajapakse, accused protesters of shooting at police in Rambukkana on Tuesday. The President yesterday renewed his order to the military to maintain law and order in 25 of the country’s districts.

However, the ongoing mass protests against the Rajapakse regime have continued for more than two weeks, driven by spiraling inflation, shortages of food, medicine and other essentials, such as fuel and electricity, and multiply.

The workers took part in the protests as individuals. However, they are now pushing for industrial action for wage hikes and other measures to alleviate the social catastrophe they face.

To divert the wave of opposition, the unions were forced to call protests and limited strikes.

On Tuesday, tens of thousands of workers took part in protest demonstrations in Colombo and other major cities. They demanded an immediate increase in wages, an end to shortages and a reduction in prices, and called talks with the IMF a trap.

Around 1,500 workers, including teachers, health, port, electricity, telecom and postal workers, demonstrated outside Fort station. On the same day, teachers from all universities went on strike and thousands of people marched in Colombo to oppose the government.

On Thursday, about 150 plantation workers from the Gartmore estate staged a protest and marched to the nearby town of Maskeliya. They chanted slogans against the police shootings in Rambukkana and the huge price hikes. The day before, workers at Maskeliya Alton Estate staged a similar protest while yesterday, workers at Agarapatana took protest action.

On April 25, public school teachers will engage in a one-day sick leave strike, opposing unbearable skyrocketing fuel prices and shortages. The same unions that organized the big protests on Tuesday have announced a one-day general strike on April 28 that will involve up to a million workers.

Far from seeking to build the opposition movement against the government, the unions seek to contain the anger of the workers. The unions that have called the latest protests have betrayed every struggle that has erupted over the past year, allowing the government to shift the burden of the worsening economic crisis onto workers and the poor.

Having lost the confidence of big business, the ruling coalition is sinking into further disarray. Yesterday the new media minister, Nalaka Godahewa tendered his resignation and called for an interim government. President Rajapakse refused to accept the resignation.

Thirteen of the ruling party parliamentarians met the president this week and called for an interim government under a new prime minister. At a meeting of government deputies, Prime Minister Mahinda Rajapakse, the president’s brother, urged the current government to continue and try to find solutions to the economic crisis.

Opposition parties – Samagi Jana Balavegaya (SJB) and Janatha Vimukthi Peramuna (JVP) – are also desperate to rein in the mass protest movement. In a bid to tap into popular opposition, SJB leader Sajith Premadasa on Thursday submitted proposals to the speaker of parliament to abolish the executive presidency. However, his deputy, former army commander Sarath Fonseka, told the media that abolishing the executive presidency would solve nothing.

The JVP has completed its three-day march to Colombo which involved thousands of people. JVP speakers addressed the crowd, demanding the departure of the Rajapakse government, but did not explain what the party was proposing next. Over the past month, the JVP has campaigned for an “interim government” and new elections. Any government involving the SJB and the JVP would, like the current government, impose the IMF austerity program on the workers.

The Socialist Equality Party (SEP) warns that the Rajapakse regime, although weakened, will stop at nothing, including brutal police state measures, to enforce the dictates of the IMF. This is why the SEP has called for the immediate and complete abolition of the executive presidency, as well as all undemocratic laws that have been used time and time again against working people.

The working class needs its own organizations to fight for its fundamental democratic and social rights. Not only are the unions limiting the workers’ struggle, but they are trying to tie them to the SJB and JVP’s call for an “interim government” – in line with calls from big business.

The PES demands that action committees be created by workers in every workplace, factory and neighborhood, democratically elected and independent of the unions and every capitalist party.

Such action committees can rally other oppressed people and the poor who have entered into struggle and seek a solution to the social calamity they face. In this struggle, workers can turn to their class brothers and sisters in all countries facing a similar social disaster.

The PES proposes a socialist solution to the crisis. This involves nationalizing all major estates, corporations and banks under workers’ control and reorganizing the economy to benefit the majority of society, not the wealthy few. The creation of action committees lays the groundwork for a struggle for a workers’ and peasants’ government to implement this socialist program.

We urge workers and young people to join the SEP and fight for this socialist action program.