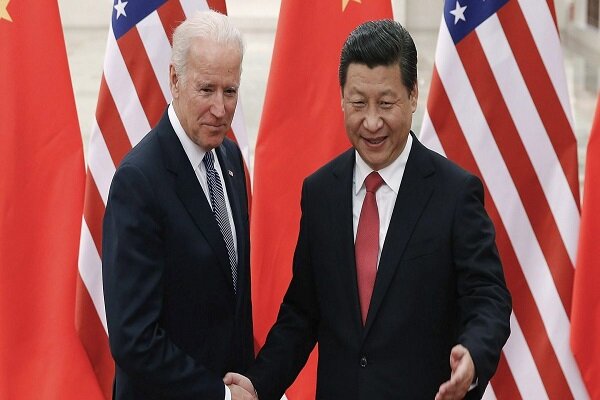 The American-Chinese quest for soft power

Soft power, no doubt, for great powers is as important as hard power. The principle of soft power is based on attraction rather than coercion.

The history of international politics is tangible testimony that hard power has caused persistent wars, devastation and economic problems. Soft power, cheaper than hard power, conquers hearts and minds, in the dominant era of science and technology, is more determining in the construction of a soft image of the country. Joseph Nye, who coined the term soft power, argues that “it is the ability to get what you want through attraction rather than coercion or payments.”

To be fair, Nye reproduced the idea of ​​soft power of the Chinese strategist of the 6th century BC. J.-C. Sun Tzu who, in his famous book “Art of War”, emphasizes the value of soft power by saying that “The supreme art of war is to subdue the enemy without war. . “

“The best tactic is to take it by strategy” and “Those who win the hearts of the people can win the world.” Sun Tzu’s doctrine seems to be the key element in the making of Chain’s soft power. China has become a buzzword among experts. A new cold war between the United States and China appears to be escalating. Soft power is another crucial area where the two powers will spare no effort to substitute for the other.

For rising China, dominating 21st century soft power remains as important as hard power. China’s obsession with soft power has grown steadily. Unlike the United States, China believes it would be a benevolent power, creating consent rather than coercion in its foreign policy. Joshua Kurlantzick, while sharing his empirical observation regarding the image of the United States in the post 9/11 period, claimed that people in Australia and Thailand had a better image of China than that of the United States in the context of the Bush administration’s postwar foreign policy. world of September 11. China’s non-interference in the domestic politics of other states invariably cements its sweet image around the world. Martin Jacques predicts that Chinese culture will dominate Western cultural norms, gaining ascendancy and superiority over others as each “state-civilization perceives world order and international relations with its own history and culture.”

Globalization allows Beijing to circulate its ideas and culture to reshape the world order. David Schambaugh says China has made remarkable strides in economic development, using the robust economy as a soft power providing $ 50 billion for the Asian Infrastructure Investment Bank (AIIB), $ 41 billion for the New Development Bank, $ 40 billion for the Silk Road Economic. but not less than $ 25 billion for the Maritime Silk Road. Beijing has pledged to invest $ 4.8 trillion in the Belt and Road Initiative (BRI). The United States and the USSR, two great powers during the Cold War, collectively did not spend as much money across the world as China alone spends today in the BRI.

The book titled “Soft Power and the US Foreign Policy Theoretical, Historical and Contemporary Perspective” written by Inderjeet Parmar and Michal Cox, in a fascinating chapter titled “The Future of Soft Power in American Foreign Policy” written by Joseph S. Nye , argues that over the past decade the United States has significantly lost its soft power. Opinion polls show a rapid decline in the attractiveness of the United States to the Muslim world, Europe and Latin America.

In the war on terror, the United States remained engaged in the attack on Iraq and Afghanistan, while China impressed the world with its exhilarating economic progress and avoided interference in business. in other states, which has resulted in the rise of soft power in the latter and a rapid decline in the former. China’s art of governing uses various means in the projection of soft power, including self-control over controversial issues, securing China’s political discourse, promoting trade aid and its culture. Joshua Kurlantzick in his fascinating book “Charm Offensive: How China’s Soft Power is Transforming the World” explains that China’s charm offensive as a soft power began in 2000 believing in the desired stability and harmony. with its fourteen neighboring states. China’s charm offensive revolves around “safeguarding peace, promoting development and strengthening cooperation, which is the common desire of all people, represents the compelling historical trend.”

It is relevant to mention here that China’s peaceful rise is deliberately conceived in its political discourse as a means of soft power. Chinese scholars have successfully developed the term “heping jueqi” or peaceful ascension. The term “jueqi” or peaceful ascension was first used by Zheng Bijian, a renowned adviser and chief adviser to the Chinese rulers, the term peaceful ascension quickly materialized in the speeches of the Chinese rulers. China’s phenomenal success in reducing poverty, exponential progress in artificial intelligence (AI), research and development, non-interference in the domestic politics of other states have strengthened its soft power.

Realistically, the US has somehow an advantage over China in the area of ​​soft power, the democratic values ​​of the former, freedom of speech; educational institutions, the Hollywood film industry, its culture and cuisine still attract and captivate people. Beijing will need to improve on the aforementioned areas to get ahead of the United States in a race for soft power.

China ostensibly has a bad image in the West. The United States and the Western countries for the foreseeable future, by all means, will go to slander the soft image of China by denigrating its political system, its policy of debt trap under the BIS, the violation rights and the exploitation of workers in African states. Presumably, soft power competition between the United States and China is on the cards. Both powers will strive for the ascendancy of soft power in the 21st century to perpetuate hegemony across the world.

The author is an associate researcher at the India Study Center, the Islamabad Institute for Strategic Studies (ISSI). He is also a Ph.D. (IR) candidate at the International Islamic University of Islamabad (IIUI).

The case of Tharindu Jayawardhana – Groundviews