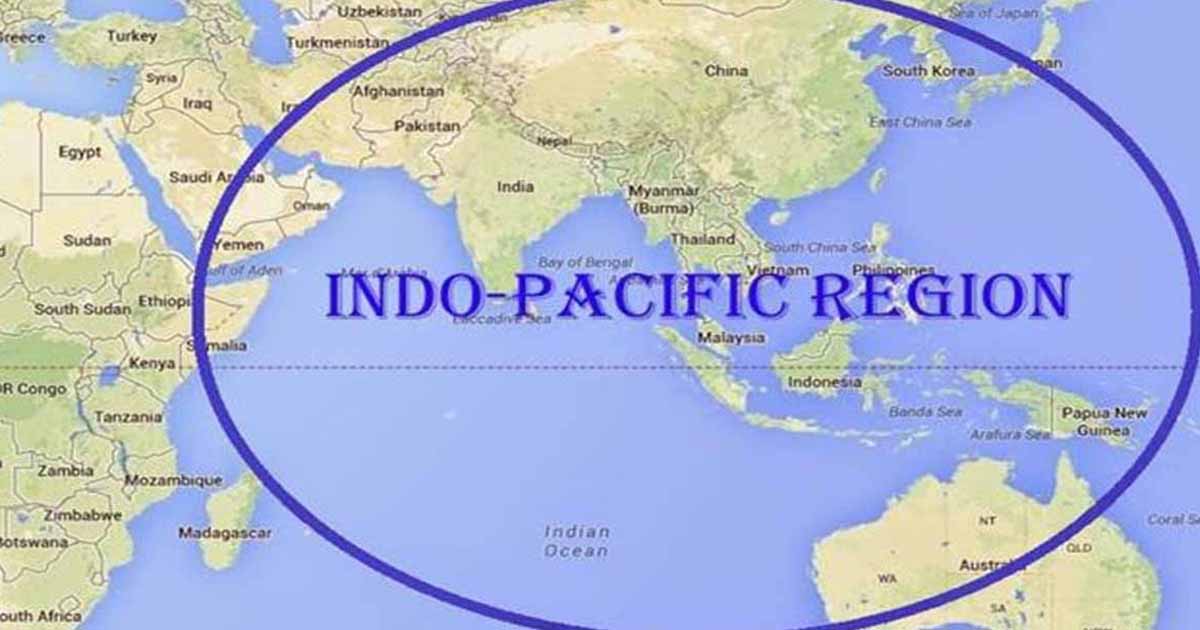 The Andaman and Nicobar Islands in India: An Introduction

With each passing day, the Indo-Pacific is gaining ground in geostrategic, geopolitical and geoeconomic terms. Due to its huge geography, it is increasingly becoming the most dynamic region of all countries, mainly due to its trade and the region’s strategic choke points. India, being the major regional player in South Asia, has a huge role to play in the region. It claims to be part of the Indo-Pacific region mainly because of the Andaman and Nicobar Islands in the Indian Ocean. These islands are present at the end of the Indian Ocean and to the east of the islands is the Pacific Ocean. This geographical location allows India to extend its influence over both oceans. These islands are a chain of 836 of which only 38 are inhabited and served as a small naval base prior to Indian possession at the time of partition in 1947.

Port Blair is the capital of the union territory of the Andaman and Nicobar Islands. It was occupied by the Japanese during World War II and was later returned to the British when Lord Mountbatten was Viceroy of India. It is a market town with a sawmill, several local museums and an airport; tourism is important. Although affected by the 2004 Indian Ocean earthquake and tsunami, the port city survived and served as a base for relief efforts.

These islands are now governed by the Indian government and have deployed a tri-service command, meaning naval, air and ground forces are actively present. This presence could bolster India’s maritime surveillance and operational capabilities in the eastern Indian Ocean as it merges into the Pacific Ocean. For India, it extends the zone of influence from the coasts of Africa to that of America. The Bay of Bengal is a common maritime area between India and Southeast Asia. It comprises 30% of India’s Exclusive Economic Zone (EEZ).

In 2015, $100,000 million is planned to develop the islands into India’s premier maritime hub. In 2018, Prime Minister Narendra Modi visited these islands for the very first time inaugurating several development projects.

The Andaman and Nicobar Islands are present near the strategically vital Strait of Malacca and the East-West sea route that connects Europe and Africa to that of Asia. For commercial connectivity, the sea must be secure. This gives India an advantage because India has a tri-service command in this region. Competition between China and India has intensified due to India’s increasing military cooperation with the United States (US) and other Quad countries including Japan and Australia.

This route is strategically important for China in terms of trade. In recent years, Beijing seems to be trying to expand its influence in the Indian Ocean Region (IOR) to overcome its Malacca dilemma which is China’s fear of a maritime blockade in the Strait of Malacca, which is a major choke point for Chinese oil supply.

Like the 21st The maritime ambitions of the Silk Road of the last century have fueled apprehensions about the freedom of navigation in these waters. Thus, it drew the attention of Indian government and Prime Minister Narendra Modi to these islands. Today, India is considered as an internet security provider in the Indo-Pacific region. After Ladakh’s clash with China in 2020, India now has a plan for additional forces, warships, aircraft and missile batteries. There are reports of naval air stations being built in the region by the Indian government. However, as a sovereign state with autonomous strategic interests, India has always considered the Indian Ocean as its backbone.

New Delhi’s explanation of the Indian Ocean is, as Prime Minister Modi said during the Shangri-La dialogue, “from the shores of Africa to that of the Americas”. Indo-Pacific politics have changed at a faster rate since Chinese President Xi Jinping announced the BRI and especially on the 21st century Maritime Silk Road, which actually enhanced India’s role in the region and the race between the two countries for increasing influence.

Under Modi’s leadership, India is aggressively cooperating with other powers such as Japan, South Korea, Australia, United States, etc. to counter the Chinese presence in the region. New Delhi’s role in the region is so vital that the United States changed the name of its Pacific Command to Indo-Pacific Command in recognition of India’s role in the fight against China. The US State Department document titled Free and Open Indo-Pacific asserts that authoritarian powers seek to advance their narrow interests at the expense of others and that the United States is strengthening and expanding its partnerships with countries that share its values.

In the early stages of its Indo-Pacific dialogue, India’s only challenge was to define and articulate New Delhi’s approach to the new paradigm. This vision of India leads to its entry into the Quad alliance. Quad envisioned the concept of democratic peace which includes both economic and geostrategic interests in the region commonly shared by member countries. Since its creation, the alliance has been gaining momentum as it organizes a parallel joint military exercise called “Exercise Malabar” to counter any future Chinese military threat in the region.

The multilateral grouping opposes hegemonic control of the Indo-Pacific region which has major maritime trade routes linking most countries in Asia, Southeast Asia and the Far East. While New Delhi has today become an important and foremost pillar of Indo-Pacific construction, it has mainly fought to define the important role in its political framework as Australia, Japan and the United States publicized their visualizations and approaches. New Delhi eventually embraced the concept and presented its own vision through Modi’s speech at the Shangri-La dialogue in 2018.

The temperate waters of the Andaman Sea defy the ongoing threat susceptibility that literally disrupts commercial connectivity across these water bodies on a daily basis. War in the foreseeable sense might be a remote possibility, but that does not mean that the Indian Armed Forces are unorganized for any possibility. Threat perceptions reflect a battle for control of these islands.

While on the one hand, the island territories provide an extremely useful Indian guard post for the larger IOR, the distance of these islands from the mainland represents their primary insecurity, rendering them defenseless against both conventional and unconventional threats. In August 2011, a Chinese vessel disguised as a fishing trawler was identified by the Indian Navy just off the Andaman Islands. Indian authorities concluded that the mysterious company was on a spy mission and was most likely commanded by personnel from the People’s Liberation Army intelligence units. Serious uncertainties surrounding China’s maritime objectives in the Indian Ocean have prompted an unusual effort by India to marshal the forces deployed to defend the Andaman and Nicobar Islands.

The strategic position of the Andaman and Nicobar Islands has the ability to address more than just state sovereignty. The Indian Navy’s endless surveillance is not just about protecting lands and territories. The Andaman and Nicobar Islands straddle the busiest trade routes in the world and keeping them safe and clean is one of the primary responsibilities of the Indian Navy. But the dishonesty of the situation is that the international waters around these territories must be secured in coordination with the navies of other nations, including China, an indisputable maritime rival of New Delhi.

By understanding how important energy and security are to India and China, securing sea lanes of communication is a fierce struggle where confrontation is always a fraction away. The passage of billions of dollars of trade does not deduct the threat of piracy in the Bay of Bengal and adjoining straits, of which the Indian Navy is all too aware in the Arabian Sea.

The Andaman and Nicobar Islands face greater challenges to their internal security due to unconventional threats such as illegal relocation from coastal states in the Bay of Bengal, theft of marine and forest resources, trafficking in arms and narcotics through uninhabited islands and natural disasters. In recent years, several such efforts and cases have created a sense of insecurity in the region. These visibly sponsored security threats have long raised serious questions both in terms of determinable deaths to life and property and unquantifiable losses to national will and scarce economic resources.

The author is a research associate at the Institute for Strategic Studies in Islamabad (ISSI), Pakistan. He holds a doctorate. researcher at the School of Politics and International Relations (SPIR), Quaid-i-Azam University (QAU), and Distinguished Graduate of National Defense University (NDU), Islamabad, Pakistan.

Maira Mahmood is a student of international relations at Bahria University, Islamabad, Pakistan. She is also a research intern at the Institute for Strategic Studies, Islamabad (ISSI), Pakistan. She can be contacted at [email protected]

The opinions expressed in this article are those of the author and do not necessarily reflect the editorial policy of Global Village Space.