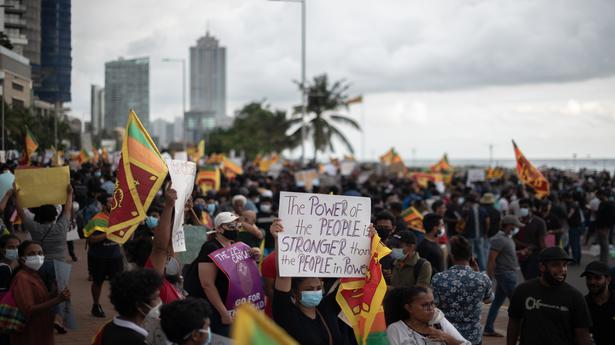 Sri Lanka’s future is unstable and uncertain, but there is an undercurrent of hope supported by the people

Sri Lanka’s future is unstable and uncertain, but there is an undercurrent of hope supported by the people

For 30 days in Sri Lanka’s ‘Gota go gama’, a space carved out by protesters outside the Presidential Secretariat, Sri Lankans reacted to a vision of an alternative, democratic, non-violent, inclusive and creative Sri Lanka. ; where youth would find a place apart and where fear would no longer be the guiding principle. Music, theater and traditional rituals filled the space with songs and political slogans. People from all communities have sought refuge in ‘Gota go gama’ from the daily hardships of life, regardless of class, religion, gender or ethnicity.


Then came May 9 and government thugs brutally attacked and destroyed this sacred space and injured so many. This spirit of violence has now seeped into the protest movement itself and is being exploited by angry people at the local level as well. As protesters confronted their Jacobin bent, government supporters were beaten, humiliated and the homes of government ministers burned down. Vigilantes roamed the streets while police and security forces seemed surprisingly indifferent. Many private properties of the Rajapaksas were completely destroyed. On May 11, the government began to enforce the emergency more deliberately, deterring anti-government vigilantes, telling those rebuilding “Gota go Gama” that they should return home and the curfew would be strictly enforced. It remains to be seen whether this is a temporary measure during the curfew or whether it implies a more decisive role for the army. The situation remains tense and volatile.

Prior to May 9, Sri Lanka was witnessing a larger social movement in the making. It was led by young people but involved a wide cross-section of the population. For over a year, young people from different spaces seemed to be organizing through social media. Skeptics dismissed their mobilization as peripheral. No one writing in the mainstream could imagine a real threat to the power and authority of the Rajapaksa. The authoritarianism of the strong man remained the ideology of the political elites. All of that has changed with the novel coronavirus pandemic and the massive economic crisis accentuated by man-made madness, especially the economic decisions that have been made. The remoteness and lack of communication of the government, whose members continue their conspicuous consumption, irritate the population. Currency shortages and a debt crisis have combined to completely disrupt the lives of average citizens. Faced with fuel and petrol shortages, a lack of available food and the soaring cost of living, a desperate population has turned to its youth to express its anger and frustration.

A forum and its vision


The youth mobilization had several components united by anger against the Rajapaksa regime. For a year, young social activists have been organizing for a new political culture. Inspired by the Occupy Wall Street movement, Black Lives Matter, the Arab Spring, the Indian Farmers Movement and Shaheen Bagh, they created an enclave for an alternative vision of Sri Lanka. The emphasis was on non-violence, democracy, ethnic harmony and creative expression. Large crowds and high-profile celebrities flocked to ‘Gota go Gama’ every night to show their solidarity. The security forces retreated. The fear had been shattered.

These young activists were later joined by student and university unions from across the island. There was a bit of unease when this happened as some of the groups had a violent history, but for 30 days they joined in and gave their full support to the peaceful protest. Trade unions, the environmental movement, professional associations and civil society groups, from women’s groups to Rotary clubs and religious leaders of all denominations, including leading Buddhist monks, have also visited the village. Democracy, ethnic harmony, corruption and arbitrary alienation of property seemed to be the major themes.

Perhaps the first group of heroes were young lawyers. If a protester is arrested or manhandled, hundreds turn up in court to attend the hearing and give the court the courage to stand up to the authorities. This created a safety net for the movement. Lawyers also mingled with the demonstrators and intervened in the event of tension or difficulty.

Every day protesters spoke of the possibility of a united Sri Lanka and most observers at the site before May 9 described the scene as vibrant and uplifting. And yet, the very broad nature of the movement made it clear that differences and tensions were also part and parcel of the mobilization. The nationalistic and violent underbelly of Sri Lanka was also highlighted with the presence of some of the participants. Their active vigilantism remains a major concern. Only the active intervention of religious figures, civil society leaders and the legal profession has succeeded in stopping the violence in some places.

A place for Tamil culture


One of the main questions that has been raised is why the north and east have not participated as fully in these protests as expected. The Tamil nationalist narrative is essentially asking, “Where were you when we suffered disastrous economic consequences during the war? and statements claiming that Tamil issues were not being addressed. What the protests have done is celebrate Tamil culture and language like never before in a Sri Lankan gathering; but there is no discussion of decentralization or a Tamil nation. There is also the deference to the army base – perhaps as a strategic move – which irritates many Tamil commentators. But despite this nationalist reluctance, Tamils ​​participated at the grassroots level and were an integral part of the hartals that took place across the island. Many women from the Jaffna University Students’ Union and women from the north and east also came to ‘Gota go Gama’ and were very active in their participation. On Thursday, prominent civil society activists in the North wrote a letter of support to protesters who had been affected by Monday’s violence.


So where do we go from here? Until Thursday, it was clear with the indefinite strikes called by all major unions and the huge uprising underway that President Gotabaya Rajapaksa should follow his brother (the former Prime Minister) and leave office for good. of the country — that there will be no stability unless that happens. On Thursday, Ranil Wickremesinghe was sworn in as Prime Minister. For stability, it is important that the new Prime Minister enjoys not only the confidence of Parliament, but also that of the protesters. It remains unclear whether Mr Wickremesinghe is such a person, although his knowledge of finance and economics is welcomed by some stakeholders.

If President Rajapaksa does not step down, it remains unclear whether the public, for the sake of stability, would accept a Wickremesinghe-Gotabaya Rajapaksa combination. This is the kind of “deal” that protesters have abhorred and promoted. It is more likely that unrest and unrest in Sri Lanka will persist until President Rajapaksa leaves. He would rule with a wildly unpopular parliament and if the turmoil got out of control, Sri Lanka could be faced with the option of Myanmar – an option the army commander has vehemently rejected. There have been instances of excessive security forces, but for the most part there has been striking indifference. Many at the protest sites say many members of the security forces appear to support their struggle. There will be strong resistance if the Myanmar option is considered and the security force base is unlikely to support such an operation against their own communities.

Meanwhile, the IMF has signaled that it will continue its negotiations as there appears to be an all-party consensus for this to happen. Sri Lanka’s future is unstable and uncertain, being on the brink of economic collapse, but there is an undercurrent of hope. The active engagement of individuals, organizations and civil society to hold people accountable for good governance is a movement that seems unlikely to die out.