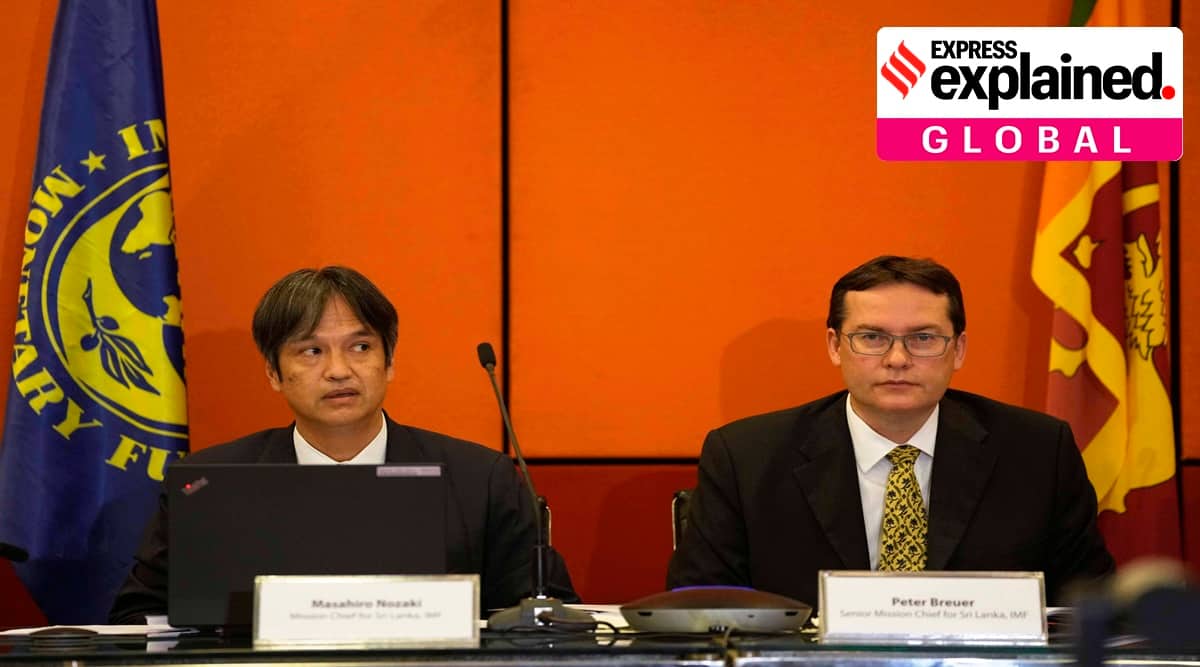 The announcement by the International Monetary Fund (IMF) in Colombo that it has reached an interim staff-level agreement for a $2.9 billion package to lift Sri Lanka out of its worst economic crisis is the first step in the the country’s long and painful road to recovery.

What is the next?

The package must be approved by the IMF’s Executive Board. Approval is subject to agreement from Sri Lanka’s international creditors – commercial lenders such as banks and asset managers, multilateral agencies, as well as bilateral creditors such as China, Japan and India – to restructure its debt. Japan has offered to hold a creditors’ meeting for Sri Lanka, but China has yet to agree to the proposal.

Before the start of negotiations with the IMF in April, Sri Lanka preemptively declared that it would default on its $51 billion debt, of which $2 billion is due this year, and the rest in the coming months. next six years.

The IMF envelope, which will be disbursed in installments over the next four years, is less than what India has provided to Sri Lanka over four months. But it is expected that an IMF loan could improve the recipient country’s credit rating and the confidence of international creditors and investors, who could then help provide bridge financing to bridge gaps between tranches.

In an interview with The Economist, President Ranil Wickremesinghe – he has been in charge of the finance ministry since June, when he was appointed prime minister – said it will take until 2024 before the country returns to its 2018 prosperity levels. Until then, the government will have to take several austerity measures — higher prices for utilities, including electricity and fuel, and higher taxes.

On Tuesday, Wickremesinghe outlined a series of measures in the country’s budget aimed at raising revenue to 15% of GDP by 2025 from 8.2% at the end of 2021, reducing public debt and generating a surplus more than 2% of GDP. GDP.

An increase in VAT from 12 to 15 percent and mandatory tax registration for anyone aged 18 and over to expand personal income tax collection are among the measures. Some 50 public companies are ready for privatization, except for the big three — Ceylon Electricity Board, Ceylon Petroleum Corporation and Sri Lankan Airlines — which are already in restructuring talks. The restructuring could bring in up to $3 billion.

The retirement age in governmental and semi-governmental organizations has been reduced to 60, from 65 and 62 respectively. Those who are over 60 and still working must be made redundant at the end of the year. Wickremesinghe told parliament this would solve the unrest and youth unemployment.

In the banking sector, staff and depositors will be offered a 20% stake in state-owned banks to meet recapitalization needs resulting from non-repayment of loans due to the economic crisis.

The government will also restructure the Board of Investment, which has been renamed the National Agency for Public-Private Partnership.

To stem fears that the country’s welfare system could be cut, the budget increased social benefits for crisis-hit farmers, the elderly and disabled, and certain categories of patients.

In search of political stability

In order to push through the reforms unopposed, Wickremesinghe attempted to form a multi-party government, but this has so far proved elusive. The first round of talks took place almost a month ago. On Wednesday, in a sign of trouble ahead, a group of 12 MPs from the ruling Sri Lanka Podujana Peramuna (SLPP) coalition, which backed the Wickremesinghe (he is the only member of his United National Party in Parliament) government, sat on the opposition benches. The rebels include former minister GL Peiris.

Just a day earlier, in his budget speech, Wickremesinghe reiterated an invitation to opposition parties to join him in a multi-party government, “since this unprecedented situation is our responsibility.” He asked everyone to put aside their own political goals to join the effort to build a strong nation that would not depend on foreign loans so that “we can no longer be used as a tool of interference by other countries with strong economies”.

The past year has seen an intensification of Indo-Chinese rivalry in Sri Lanka. As India increased its lines of credit and other financial arrangements, it also managed to advance long-pending projects in the country, such as the development of the Trincomalee Oil Tank Farm. India’s biggest industrialist has surrendered and quietly struck a deal with the CEB to install wind farms along the Mannar Basin, even as the Chinese publicly reprimanded a ‘third party’ for pushing Colombo to cancel a project Chinese renewable energy in three islands off the Jaffna Peninsula. .

The contract was awarded to an Indian company after New Delhi raised security concerns over the location of a Chinese project near the Tamil Nadu coast. Meanwhile, Sri Lanka, which prides itself on a “balanced” foreign policy, has sought to assuage domestic concerns that the country is becoming “the meat in an India-China sandwich”.

Colombo’s permission for a Chinese military vessel to dock at the Chinese-built port of Hambantota reinforced that sentiment, even as Sri Lankans defended the move on social media as claiming the country’s foreign policy. But as China and India fought over the ship, China first and India in response, seemed to link the episode to the visit of US House of Representatives Speaker Nancy Pelosi, in Taiwan.

In The Economist interview, Wickremesinghe spoke of his “fear” that great power rivalry could spill over into the Indian Ocean. “But I think we have to face this situation and work with everyone” with “a clear policy”, he said. He described India as “the internet security provider in the region”, and said that “all other countries can also be present as long as it does not lead to increased tensions or increased rivalry between states. “.

Sri Lanka’s heightened awareness of its strategic location in the Indian Ocean in light of the struggle is reflected in the budget. During the crisis there were calls to cut defense spending, which had skyrocketed under Wickremesinghe’s predecessor and former soldier Gotabaya Rajapaksa. While the budget is silent on the cuts, there is an entry under National Security 2030, proposing to “overhaul” the defense strategy and bring it into line with the modern and evolving demands of a “geopolitically important country.” .