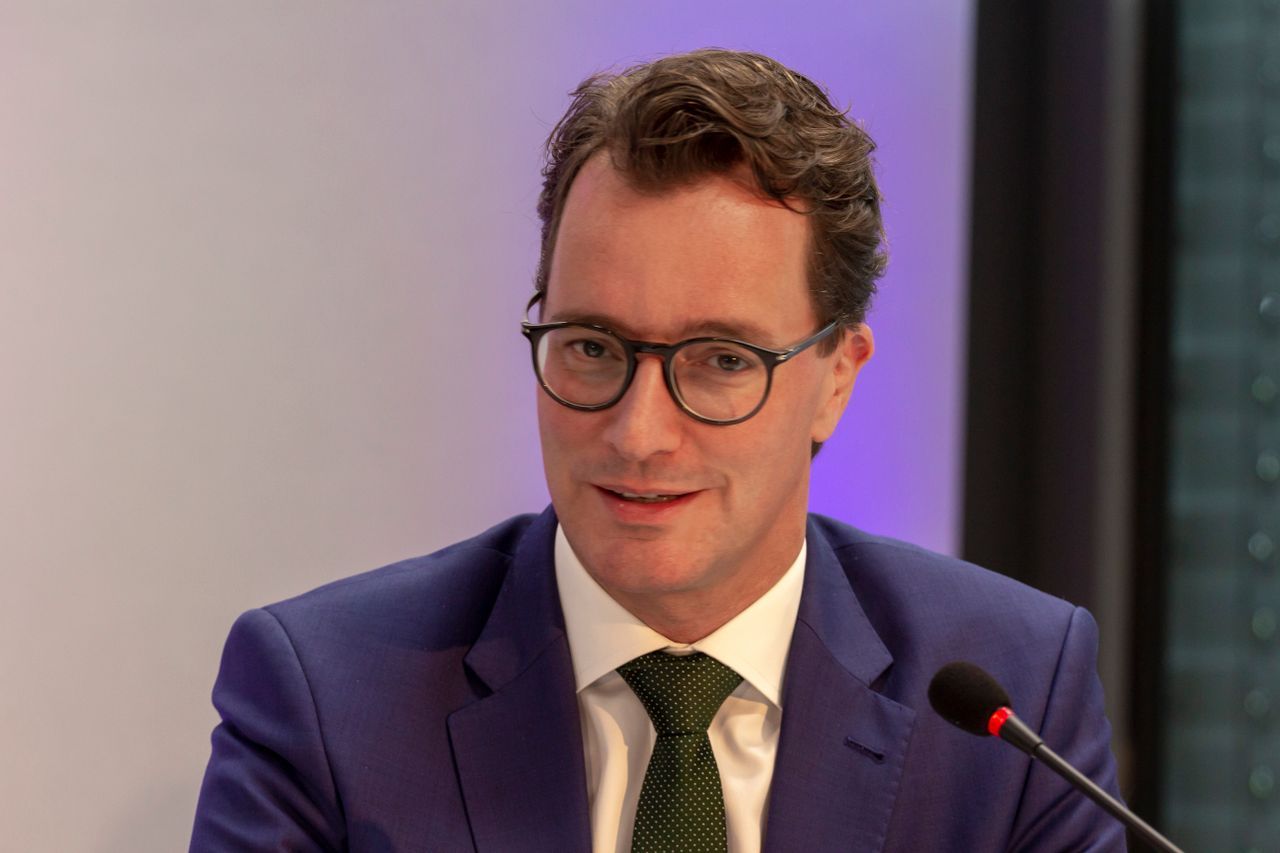 The formation of the coalition in Germany’s most populous state underscores two fundamental trends in German politics: first, the interchangeability of all major political parties, and second, the central role played by the Greens in enforcing right-wing policies in the face of growing opposition from workers and young people.

In addition to the federal government, the Greens are now represented in 11 of the country’s 16 state governments. In Berlin, Bremen and Thuringia, the Greens govern with the Social Democratic Party (SPD) and the Left Party; in Saxony and Brandenburg with the CDU and the SPD; in Rhineland-Palatinate with the SPD and the Liberal Democratic Party (FDP); and in Hesse, Baden-Württemberg and Schleswig-Holstein – where a new state government was also sworn in last week – with the CDU.

Following the example of the federal government (SPD-Greens-FDP), the NRW coalition describes itself as a “government of progress”. The coalition agreement bears the noble title of “Future Contract for North Rhine-Westphalia”. A closer look at the 146-page document, however, makes it clear that all the promises of climate neutrality and a few social concessions are just rubbish. The coalition agreement is basically a declaration of war on the working class.

Already in the introduction, and using the colloquial propaganda phrases of “democracy, freedom and human rights,” the coalition supports NATO’s proxy war against Russia in Ukraine. In plain language, this means that all policies of the CDU-Greens state government are subordinate to its war policy. The costs of Germany’s intervention must be passed on to the working class, through skyrocketing living costs, mass unemployment and ever-deepening impoverishment.

At the heart of budgetary policy, strict compliance with the brake on indebtedness (no new credit), which mocks promises to recruit new teachers, improve working conditions, increase salaries in the health sector and an additional year of kindergarten for young people. children.

“We will establish budgets without new debt, as stipulated in the constitutional debt brake, including exceptional payments for natural disasters or extraordinary emergencies, as a precondition for a sustainable and just fiscal policy for generations “, says the coalition agreement. And even more explicitly: “This requires strict spending discipline and resolute prioritization and places all existing and additional financially effective spending under budgetary reserve.”

The money that has gone mostly to big business and the super-rich as a result of the coronavirus pandemic must also be clawed back at the expense of the working class. “By 2024 at the latest,” the contract says, “the process of repaying loans taken out for the bailout to ease the economy begins.”

Like all other governments at the federal and state levels, the CDU and the NRW Greens put the interests and profits of big business and banking above the health and livelihoods of the vast majority of the population. Although the pandemic is still raging, no concrete measures to contain the coronavirus are included in the coalition agreement.

Climate protection must also be entirely subordinate to economic profit. “We will make North Rhine-Westphalia the first climate-neutral industrial region in Europe,” states the coalition agreement. “In doing so, we will ensure that our Land becomes one of the most innovative, sustainable and competitive business locations in Europe.”

In total, the words “competition” and “competitive” appear 22 times in the text.

What this means is clear. Under the slogan of “transformation” (52 times in the text), the new state government will continue the attack on jobs and wages with even more aggressiveness than previous administrations. High unemployment and poverty have long characterized working-class areas in Germany’s main industrial region.

In order to enforce social attacks and contain growing opposition, the state government relies on close cooperation with trade unions. It aims to “maintain and support strong social partners” and the “high quality of co-determination in North Rhine-Westphalia”, reads the section on the “labour market”. For this, “the work of works councils and trade unions as well as employers’ associations is essential”.

At the same time, state security forces must be massively reinforced. Ruling parties pledge to hire thousands more police every year. The equipping of police officers with tasers, already started under the former coalition of the CDU and the FDP, is to be continued. The Greens, who initially opposed tasers, now support the policy and link it to the use of body cameras and an assessment process due in 2024.

Parts of the homeland security chapter read like a police state strategy document. “We will ensure a trained and educated, well-positioned and motivated police force. We constantly continue to reinforce the force with police officers, administrative officers and government employees. So we are going to recruit 3,000 policemen a year.

The coalition agreement goes on to say that the security forces “need sufficient powers to intervene and fulfill their tasks”. This requires “video surveillance controlled by the police” and the strengthening of “municipal law enforcement services”. The extremely repressive law on gatherings put in place by the previous government must be maintained and simply reviewed “in an independent and scientific manner at the end of 2023”. The secret state intelligence agency (Verfasssungsschutz) is hailed in the document “as a necessary early warning system” for “the observation of unconstitutional and anti-democratic aspirations”.

This enormous reinforcement of the repressive apparatus of the state is justified above all by the fight against “hate crimes” and “right-wing extremism”, but it is only for propaganda purposes. The NRW police in particular are known for their links with far-right networks that spread extremist agitation and pay homage to Hitler and the Nazis. The Interior Ministry led by Herbert Reul (CDU), which largely remains in office, is known to cover far-right networks.

The Verfassungsschutz is at the heart of the far-right conspiracy in the state apparatus and is waging a war against leftists, and the CDU and the Greens support this course. “Our society also faces the challenge of left-wing extremists – we will take action against this,” the coalition agreement states.

Despite some flowery words about integration and cultural diversity in the deal, the coalition’s refugee policy is also de facto in line with the far-right Alternative for Germany. “When an asylum application has been rejected and there is no longer any reason for residence or humanitarian reasons, the departure must be made by voluntary return or repatriation”, specifies the text.

If priority is given to “the consistent and legal expulsion of criminals and dangerous people”, “expulsions from educational and care institutions as well as hospitals and psychiatric institutions” are also possible. The coalition document merely notes cynically that it seeks to “do everything possible” to “avoid” such measures.

The fundamental development behind this reactionary program is becoming increasingly clear. Germany’s most populous state with its historically militant working class is a social powder keg. For more than 10 weeks, nursing staff at university hospitals in North Rhine-Westphalia have been on strike. The ruling parties are aware of the growing popular opposition to the war in Ukraine and the unbearable living conditions in his country.

The class divide, the huge chasm between the ruling elite and the working population, was already clearly expressed in the May 15 regional elections. With just under 55% turnout, voter turnout fell to a historic low; 5.8 million of the roughly 13 million eligible voters stayed home, around the same number as those who voted for the three main parties – CDU, SPD and Greens.

“The election in NRW confirms that it has become impossible for the working class to assert its interests within the ossified parliamentary system,” commented the WSWS on the election result. “The fight against war, social cuts and the intensification of state armament requires the development of an independent labor movement that unifies it internationally and defends a socialist program.”

The formation of the current CDU-Greens state government on a decidedly right-wing base lends enormous urgency to this prospect.