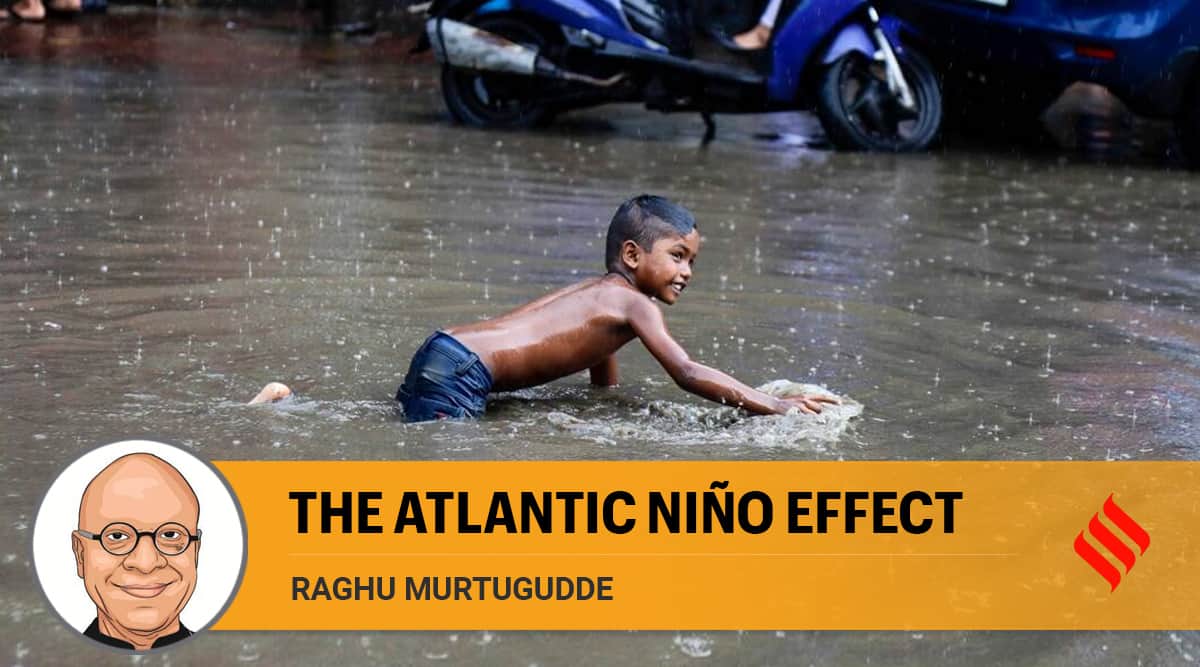 Last month, farmers in Madhya Pradesh threatened to sue IMD over the inaccurate monsoon forecast this year. A question has also been raised in Parliament as to whether the warming of the Arctic has led to an erratic monsoon this year.

The onset of the 2021 monsoon began on June 3, almost on time, but subsequently a precipitation deficit of up to 30% was observed in Kerala, Gujarat, Jammu and Kashmir, in the northeast and to Odisha. The rest of the country is barely normal with a deficit of less than 20 percent.

There is no El NiÃ±o brewing in the Pacific. Instead, a return of La NiÃ±a is expected by most models for later this year. Given that 2020 was also a La NiÃ±a year, one would expect the 2021 monsoon to be above normal. The Arctic may affect late season rainfall and September saw slightly above normal rains across India. But what can explain the deficits so far this season?

It is the little cousin of El NiÃ±o in the Atlantic, known as Atlantic NiÃ±o, or Atlantic Zonal Mode. Every few years, from June to August, there is a warming in the Eastern Equatorial Atlantic, which doesn’t get as much attention as its big brother El NiÃ±o. In 2021, Atlantic NiÃ±o made an appearance. Sea surface temperatures in the eastern Atlantic remained more than one degree warmer than normal this summer.

Its impact on the monsoon has been known since 2014 when a study conducted by INCOIS showed that the number of low pressure systems is greatly reduced by the Atlantic NiÃ±o, leading to monsoons in deficit. Researchers from IITM Pune have shown that the IMD prediction system is deficient in predicting the Atlantic NiÃ±o and, therefore, its effect on the Indian monsoon. Monsoon 2021 is a clear example of this missed link.

This year the number of low pressure systems has declined sharply, contributing up to 60% of the total seasonal precipitation over the central monsoon area.

Monsoon forecasting is a monumental challenge, especially with regard to the spatial distribution and northward migration of the monsoon trough.

Forecast models tend to rely heavily on El NiÃ±o for monsoon forecasts. But only about 50 percent of dry years are explained by El NiÃ±o. How to predict monsoons in years without El NiÃ±o? Clearly, Atlantic NiÃ±o is an important player in the evolution of the monsoon and models and forecasters need to pay attention to this Atlantic teleconnection.

Low pressure systems or LPS originate from the northern Bay of Bengal and are three to ten times more numerous during the active monsoon period.

Overall, the monsoon forecasting skill has increased in IMD, but even 70% accuracy means the forecast will be wrong 30% of the time.

Many Atlantic NiÃ±os occur in years other than El NiÃ±o, which provides a window of opportunity to increase forecasting skills based on the accurate prediction of the Atlantic NiÃ±o. Indian scientists at INCOIS have argued that the Atlantic NiÃ±o is in fact predictable up to three months in advance.

The next version of the forecasting system will hopefully be able to capture this predictability.

This column first appeared in the print edition on September 29, 2021 under the title â€œThe Atlantic NiÃ±o effectâ€. The author is Professor, CMNS-Atmospheric & Oceanic Science, University of Maryland

Taliban recognize goodwill of Afghans towards India and want to profit from it: ex-envoy Yogendra Kumar