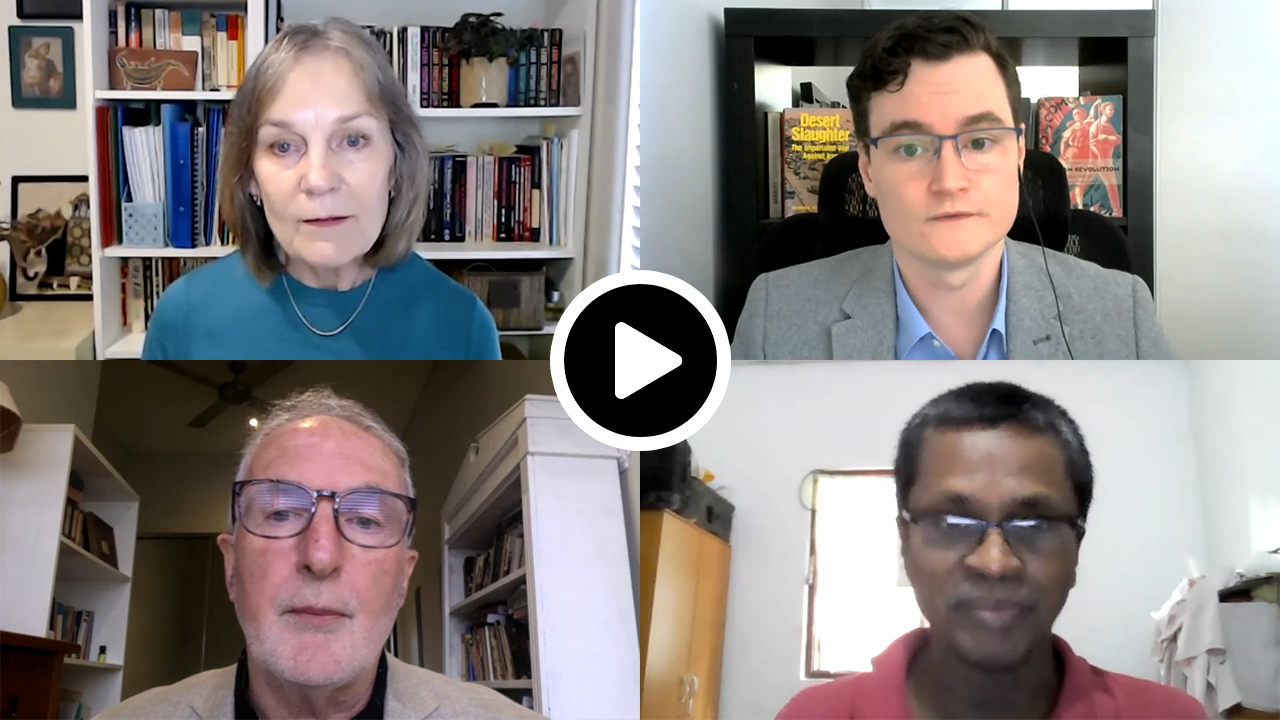 The Socialist Equality Party launches an election campaign in Australia

The Socialist Equality Party (SEP) kicked off its Australian federal election campaign on Monday with a powerful and well-attended online town hall meeting with participants from across the country, as well as New Zealand, Vietnam and Germany.

The more than two-hour meeting included a long question-and-answer session, a rudimentary democratic framework never seen by candidates from the Liberal and National, Labor or Green parties in elections, let alone in the unions.

A full video of the event, with speakers in separate designated chapters and including photos, graphics and other images, is available below. We urge readers to share the video widely on social media, discuss the party’s platform with colleagues, friends and relatives, and contact the SEP to join the campaign.

SEP National Secretary Cheryl Crisp opened the meeting, reminding participants of undemocratic election laws rushed through Parliament last year, which led to the deregistration of 13 political parties, including the socialist equality. This meant, she explained, that the party had to provide 600 unique candidates for its Senate candidates in this election.

“In just over a week, we secured 750 signatures to secure the group’s ranking above the line. The response to our call for signatures from our supporters and street campaigns was enthusiastic, not only for our democratic right to run, important as that is, but that socialist candidates would be represented,” she said. .

“This is a crisis election like no other in living memory and is taking place under the conditions of the greatest health and social crisis since World War I. Capitalism has brought the world to the brink of catastrophe said Crisp, and was a system “incompatible” with human life.

“There are two alternatives open to the working class in this country and in the world: either accept capitalism and its future, which will include the imposition of fascist and right-wing forms of government, or fight for a socialist society in which production is planned. and organized not for the wealth of a few but for society as a whole,” she said.

Deputy National Secretary of the SEP (Sri Lanka), Deepal Jayasekera, the first speaker, explained that the ongoing mass protests against President Gotabhaya Rajapakse and his government had erupted over shortages and high prices of food, fuel, medicine and other essentials and long days of power outages. “Among the poorest sections of the population, hunger and starvation threaten,” he said.

The political turmoil facing the Rajapakse government and the bourgeois regime in Sri Lanka, he continued, is driven by the global crisis of capitalism which has worsened significantly with the COVID-19 pandemic and then the war by power of attorney between the United States and NATO against Russia in Ukraine. “The very acute social tensions that have built up over the years can explode to the surface of political life very quickly,” he said.

The SEP was intervening to take mass opposition beyond calling for Rajapakse’s impeachment. What is needed, he said, is a mass movement of the working class and independent action committees to respond urgently to the needs of the masses. This requires a socialist and internationalist program, including the nationalization of banks and big business, the repudiation of all foreign debts, and the rejection of IMF and World Bank austerity measures.

Addressing the meeting, Mike Head said: “It would be a mistake for anyone to think that the situation in Sri Lanka is confined to the island state” and highlighted the growing political disaffection and frustration with of the Liberal-National Coalition and the Labor Party. Party in Australia.

The official election campaign in Australia, he continued, was “a conspiracy by the entire media and political establishment to cover up the major dangers facing ordinary people, and the future of workers and young people in particular – the COVID-19 pandemic, war, climate change and deepening social crisis… It is no coincidence that war has been placed at the center of this weekend’s elections”, did he declare.

Head referred to Defense Minister Peter Dutton’s warmongering against China, including his claims that China was planning chemical attacks on an Australian town. Labour’s response, the speaker said, was to outdo the Coalition’s war rhetoric.

“Labour agreed to the AUKUS Treaty, the acquisition of nuclear submarines and the siting of hypersonic missiles in Australia. This marks a historic turning point towards open preparations for a US-led war against China,” did he declare.

The SEP is the only party in these elections to oppose the explosion of militarism and war, including Australia’s frontline involvement in the US-led war campaign. “The Greens and pseudo-left groups, who once posed as opponents of American wars, all lined up behind the clashes with Russia and China,” he continued, pointing out that the SEP was the only party in the elections to fight for the immediate. Release of WikiLeaks founder Julian Assange.

“The Greens and various independents offer no alternative. These are capitalist groups, all looking to strike a deal to support a Labor or coalition government. The Greens are trying to form another de facto government with a minority Labor administration, as they did with Gillard in 2010,” he said.

Max Boddy, the final speaker, explained the devastating impact of the “let it rip” COVID-19 policies of Australian federal and state, Liberal and Labor governments. He detailed the growing social assault on working class jobs, wages and living standards, and the role of unions in enforcing these cost-cutting measures.

Boddy reviewed the SEP’s program of action and explained the need for workers to establish democratically controlled rank-and-file committees to fight for an independent movement of the working class on a socialist program. “The unification of workers is key to ending the COVID-19 pandemic, halting the march towards war and reversing the decades-long assault on working conditions,” he said.

“While the financial elite will shout that there is no money for our demands, it is the working class, who are the source of all the wealth in society, who must decide what is affordable. and what is not.

“The colossal wealth of billionaires and big banks and corporations must be brought under the democratic control of the working class,” Boddy said, and called on everyone present to support the SEP election campaign and apply to join the party.

The meeting continued with a lengthy question and answer session and a $4,000 fundraiser for the SEP election fund. Wide-ranging questions about the principles of the SEP, the political role and nature of the Labor Party, the war in Ukraine and the danger of World War III and nuclear conflict, as well as the situation in Sri Lanka, were carefully answered by SEP candidates and other party members.