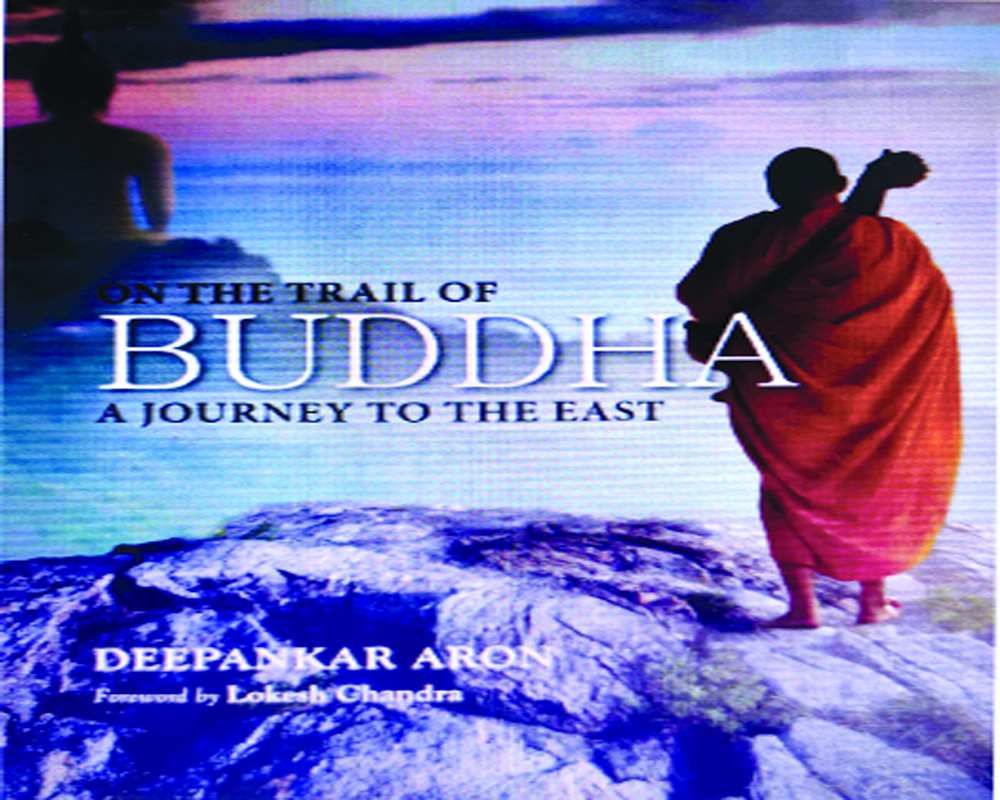 The Trail of Buddha is like a fascinating train journey

A senior Indian Revenue Service officer, Deepankar Aron was posted to Hong Kong as consul in 2012. It was by chance that he noticed a 35-meter tall Tian Tan Buddha statue right next to the Hong Kong airport. put it “On the Trail of Buddha: A Journey to the East”. However, his initial inspiration had come three years prior when he was on a Kailash Mansarovar Yatra in Tibet in 2009.

Deepankar writes of two Japanese pilgrims in their 80s who stood with folded hands in front of an ancient, dilapidated structure that appeared to be “the sanctum sanctorum of a temple”. It was somewhat surprising that they traveled thousands of miles as pilgrims to an indescribable corner of China called Karakhoja. Even more surprising was the fact that one was a Buddhist priest and the other a worshiper of Lord Krishna – the Hindu Lord whose sacred message forms the essence of the Bhagavad Gita.

“It is the story of these two unlikely Japanese pilgrims that sums up the theme of this book – exploring the richness, depth and breadth of the spiritual, philosophical and cultural ties that bind India to the civilizations of South Asia. ‘Eastern China, Japan, Korea and Mongolia.’” writes Deepankar.

The Book straddles the different regions of East Asia, from Kashgar in Xinjiang in the West to Koyasan in Japan in the East; from Ulaanbaatar in Mongolia in the North and Kaohsiung in Taiwan in the South. It is as much about discovering a tremendous unity in diversity as it is about jumping between different time zones separated by 2000 years of history.

Six chapters in the book

THE BOOK is divided into six chapters for easy navigation. The first covers the ancient cities along the Silk Road in China which were largely responsible for the spread of Buddhism from India not only to China but also to much of East Asia. The second covers the North-South trade axis that connects China to Mongolia. The third moves from Sichuan in southwest China to the primordial Kailash Parvat or Kang Rinpoche and the lake, Mansarovar or Mapham Yumtso in Tibet. The fourth moves to the southeast coast of China and Taiwan from Hong Kong to Shanghai, touching Hangzhou, Suzhou and Nanjing. It then moves from Taipei to Kaohsiung via the city of Tainan, dotted with temples. It is perhaps one of the most prosperous regions in China with many modern cities. It is therefore not surprising that most of the grandest and tallest Buddha statues have appeared there in the recent past. The fifth winds through quiet Korea, and last but not least comes the Land of the Rising Sun – a place where history, tradition, religion and culture are best preserved. The author also highlights five to 10 representative cities in each of these regions.

Writing a book of such magnitude was no easy task. Initially, the author did not undertake all these trips with the aim of writing a book. However, “an auspicious chain of circumstances, made the way from one place to another beginning with the longest pilgrimage in the world – KAILASH”. He faced many challenges such as language, distances, permissions, lack of time and resources of course, but luckily all of them were resolved. Interestingly, these journeys were undertaken in all modes of transport – both animal and mechanized – on camels, mules and horses; walking and trekking, especially in Tibet. The most exciting mode of travel for Deepankar was high-speed trains in Japan, China and Taiwan.

Travel by slow train rather than high-speed train

THE EMINENT Indian Vedic scholar, Prof. Lokesh Chandra is quite delighted with Deepankar Aron’s book “On the Trail of BUDDHA: A Journey to the East”. “The Book is fascinating in its fluent diction and minimal technical detail. It celebrates the last two millennia where Asian Nations have together made the journey of the Spirit, the serene depths of thought, art, piety come together in the rapture of the roots.” Chandra writes in his foreword. “The living monasteries in East Asia and the desolation of ruins in Central Asia due to theistic violence become the fascination of the eyes in Deepankar’s evocative tale. It opens up the vastness of our lost heritage, like the grandeur of Colossi in the Yun-Kang Caves which are visible symbols of the majesty of the Avatamsaka tradition, reminiscent of the Buddhas of Bamiyan,” adds Professor Chandra.

On the Trail of BUDDHA: A Journey to the East takes the reader on a slow train journey rather than a high-speed train. The author has chronicled the spread of Buddhism, as it is preserved in the traditions of these countries, linking them to India. Although a little smaller than the standard Coffee Table Book, On the Trail of BUDDHA with its 308 pages illustrated with numerous photographs revealing Deepankar’s expertise with the camera and printed on fine art paper offers a reading easy.

The Examiner is the Commissioner for Goods and Services Tax in Uttarakhand. He is an intrepid traveler, an ace photographer and a prolific writer. He also received the Presidential Award for Distinguished Contributions as an Indian Revenue Service Officer.

The stakes, CV and pitches