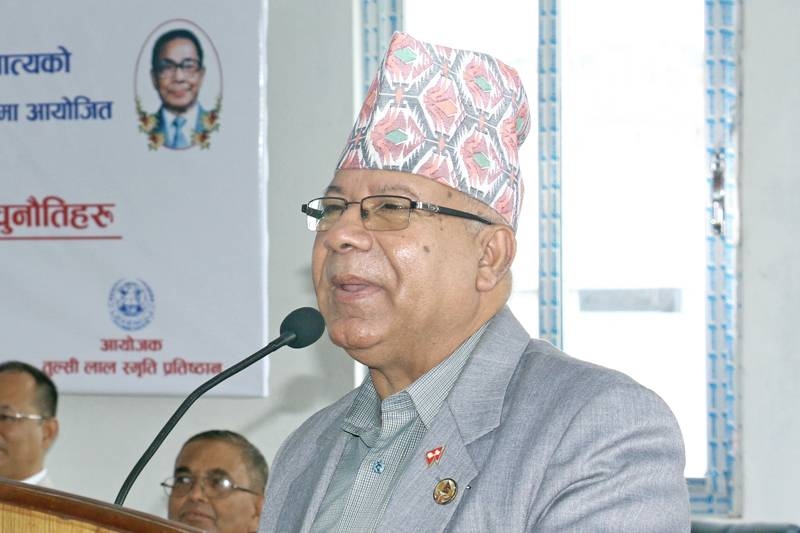 The unified CPN-Socialist will follow the norms of democracy

The newly formed party – CPN-Unified Socialist – has set itself the goal of advancing on the path of socialism by protecting the norms and values ​​of multi-party popular democracy.

The two-day meeting of proposed members of the central committee and party lawmakers held in Chandragiri adopted the party statutes. Some members, including Madhav Kumar Nepal, left CPN-UML and formed a new party, CPN-Unified Socialist.

The CPN-UML has also adopted the popular multi-party system as a guiding principle.

It is believed that freedom with equality can be achieved by ending oppression and discrimination, and the party statute mentions that the party’s strategic goal is scientific socialism.

The statute mentioned that building a base for socialism as well as social justice and democratic norms and values ​​by developing national capitalism with the socio-economic transformation of the country through peaceful struggle and democratic means are short goals. party term.

Speaking to the media after the meeting, Party Chairman Madhav Kumar Nepal said a new party was formed after rebelling against mistaken trends, ideas and values. In addition, the former Nepalese Prime Minister clarified that they had to revolt because the leadership of the CPN-UML did not follow any rules or regulations.

The Election Commission set August 25 as the deadline for verifying the application, as the party applied to the EC for registration of a new party on August 18 in accordance with the new ordinance on political parties.

The central committee would be composed of 151 members, including 115 full members with 17 members of the bureau, comprising a president, a senior official, seven vice-presidents, a general secretary and seven secretaries as well as 36 deputy members.

A version of this article appears in the August 25, 2021 print of The Himalayan Times.