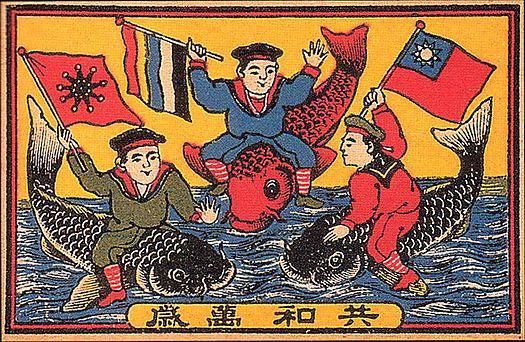 The human civilization that revolves around China is over 12,000 years old according to scientifically proven archaeological evidence. The cultivation of rice, paper, magnets, umbrella, compass, and gunpowder are some of the most important contributions Chinese civilization made to mankind. The ancient chronicles of Sri Lanka call China “Maha Cheenaya”, while Western civilizations still call the Chinese Empire “Greater China”. China has been ruled by monarchs and emperors representing various dynasties for thousands of years. Of all the dynasties, the Ming Dynasty is known for launching the Sea Silk Road under the command of Admiral Zheng He. During the Ming Dynasty, China’s global presence grew and the Chinese navy became the most powerful navy in the world about a century before the Portuguese, Dutch and British took control of international waters.

One way or another, the Chinese imperial rulers failed to meet the needs of the masses, which widened social gaps and the poor became increasingly poor. It actually paved the way for building the modern super powerful friend that we have today. Most are aware of the formation of the Chinese Communist Party (CCP) in 1921, the long march and the revolution that established the People’s Republic of China in 1949 (PRC). The situation that prevailed before the 1949 revolution is also an important lesson for any community living in chaotic social situations with rulers stealing public funds and corrupt officials supporting them with no respect for the rule of law.

The Qing Dynasty ruled Greater China from 1644 to 1911. In October 1911, pressure from the poor manifested itself at the origin of the Xinhai Revolution to overthrow the Qing Dynasty and end the absolute monarchy that ruled the Great China for thousands of years. Although it did not really address the root causes of poverty eradication, the Xinhai Revolution is seen by many as the first step towards modern China. A few days ago, a commemorative meeting was held in the Great Hall in Beijing to mark the 110th anniversary of the Xinhai Revolution, where Chinese leader Xi Jinping was the guest of honor. The CCP took Xinhai’s reforms further and established the PRC. The PRC under the CCP developed the country under a single law creating a superpower in 70 years. During the fight against COVID-19, this was quite visible when the United States encountered difficulties in implementing safety regulations etc. due to clashes between federal and state laws. The Xinhai Revolution, its causes, results and long-term achievements are good lessons for rulers and countries trying to rule a country with a law.

The author is an analyst with interests in finance and sustainability with postgraduate exposure in the Far East ([email protected]).

Roots of the Cow Protection Movement in Sri Lanka

COP26: Welcome to ‘the trash island’ – the garbage infested focus of the Maldives is now crucial to its fight against the climate | Climate News