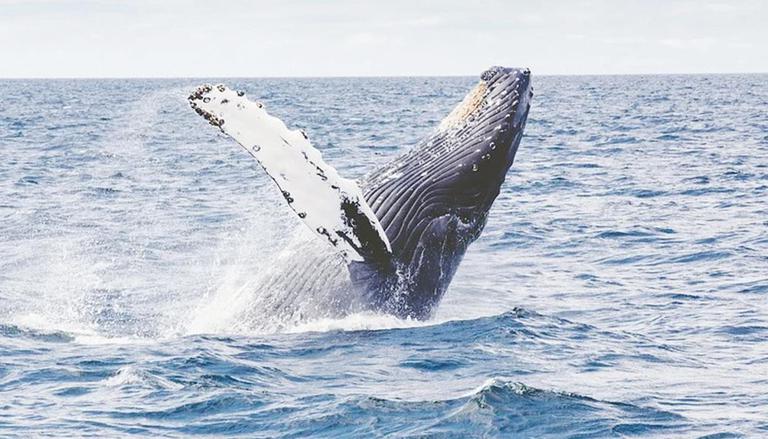 Blue whales sing off the southwest coast of India, according to a study by the University of Washington. The results suggest that this region, seen as stimulating for tourism, should be included in conservation efforts.

Whales were spotted in Lakshadweep, an archipelago of 36 low-lying islands in the western Indian state of Kerala, in an analysis carried out between late 2018 and early 2020.

The analysis also found that April and May are the months when whales are most active. The study was published in the journal Marine Mammal Science.

‘Songs’ of the Blue Whale

Blue whales, which can be up to 100 feet long, have their own distinct song. Scientists are also reporting a new song heard off the coast of Oman in the Arabian Sea, as well as in the central and southwestern Indian Ocean.

The song was first heard in 2017 by Salvatore Cerchio, director of the cetacean program of the African Aquatic Conservation Fund, which he described as unique.

One of the important conclusions of this study is that blue whales are indeed found regularly in Lakshadweep. The whales are believed to reside in the northern Indian Ocean and visit the Lakshadweep on a seasonal basis, experts say.

While huge blue whales graze in waters near Antarctica, a smaller population of pygmy blue whales has been discovered in the Indian Ocean, which is the third largest ocean in the world.

The blue whale population recently began to recover following a global moratorium on commercial whaling, but now faces additional pressure from the region’s growing oil and fishing industries. . Researchers hope this discovery will increase awareness of blue whales as more research and action is needed to conserve them

Another Turkish consulate general allowed to settle in Chengdu