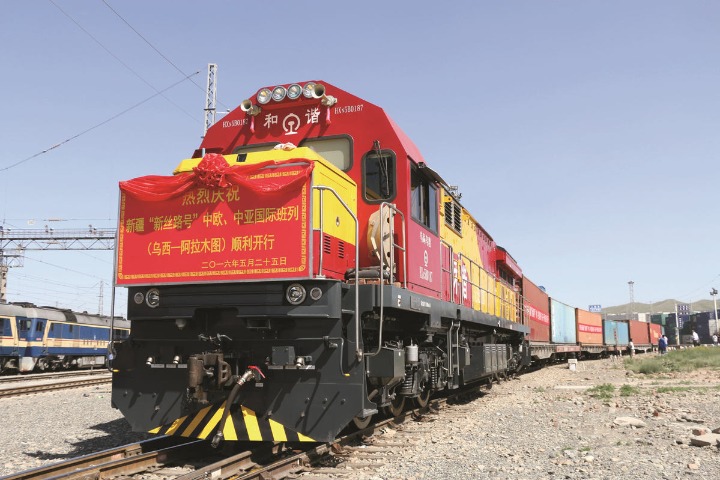 Urumqi, a key hub on the Belt and Road

Rapid growth of Urumqi international land port area in northwest China’s Xinjiang Uyghur Autonomous Region will further enrich the Belt and Road Initiative and fuel the opening up of the region , said business and government officials.

The land port area will see the construction of 23 projects this year, including an international grain and oil trading center, cold chain warehouses and a smart land port management system based on 5G technology, which will facilitate the growth of the China-Europe freight train. services, said Peng Shengfen, vice president of state-owned Xinjiang International Land Port Group, an investor and developer of the land port area.

Along with these new projects, the land port area, supported by other facilities, such as a multimodal transportation center and an international express center, will help Xinjiang build a transportation and business center in the central area of the Silk Road economic belt, gathering resources and consolidating global supply chains, Peng said.

With a planned area of ​​67 square kilometers, containing the Urumqi China-Europe rail express hub and a comprehensive bonded area, the land port area is a historic project in the construction of the core area of ​​the Silk Road economic belt. .

The land port area had completed more than 5,900 China-Europe freight train trips via 21 routes connecting 26 cities in 19 countries and regions in Europe and Asia as of June 2022. The trains carry more than 200 categories of goods, ranging from daily necessities and clothing to mechanical equipment and building materials, according to China Railway Urumqi Group Co Ltd, a regional branch of China State Railway Group Co Ltd, the national railway operator.

While visiting the Urumqi international port area during his inspection tour of Xinjiang last week, President Xi Jinping noted that the region has moved from a relatively closed hinterland to a vanguard. openness, as the country promotes the expansion of openness, the development of western regions, and the co-construction of the BRI.

Zhang Yanbing, plant manager at BOS Automotive Systems (Taicang) Co Ltd in Taicang, Jiangsu Province, a subsidiary of Germany’s BOS Group, which supplies automotive interiors to BMW and Mercedes, as well as Chinese companies Geely and NIO in China, said that in addition to shipping, the company has already used the China-Europe freight train service to import raw materials from Europe, such as motors and wire harnesses, to support its production in China.

Demand for key industrial parts and materials, driven by orders from Chinese automakers, especially makers of new energy vehicles, will continue to soar in the coming months, he said.

Since the opening of China-Europe and China-Central Asia freight rail services, Horgos Port and Alataw Pass, the two major rail ports in Xinjiang, have recorded a combined number of more than 50,000 passenger trips. incoming and outgoing freight trains, according to the data provided. by China Railway Urumqi Group Co Ltd.

China will continue to deepen cooperation to encourage more enterprises from BRI participating economies to join certification programs such as authorized economic operator agreements and other policy initiatives, said Wang Jun, director of the Department. from port control to the General Customs Administration. .

Under this program, advocated by the World Customs Organization, customs authorities in various regions form partnerships with industry to jointly reduce barriers to customs procedures and improve the efficiency of international trade.

Installment loans with BridgePayday: How they help you finance a big purchase or consolidate debt