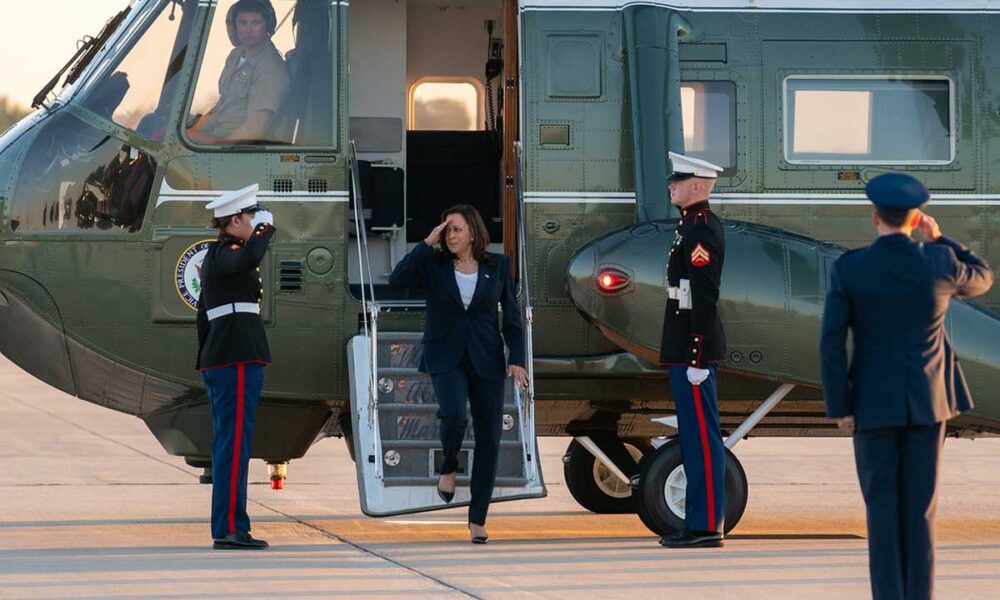 US looks to Southeast Asia amid credibility crisis

The United States, the self-proclaimed leader of world affairs for quite some time now, is going through a credibility crisis with the fall of the United States-backed democratic government in Kabul to the Taliban on August 15, an incident that has drawn parallels from various corners of the world to the fall of Saigon in 1975 which ended the Vietnam War. Even though these two incidents are entirely in different political-historical contexts, the perceived debacle of the world’s most powerful military superpower remains a common factor. This raises many questions about the reliability of the United States among its vast global network of allies and partners, especially in Southeast Asia, China’s backyard.

US Vice President Kamala Harris in Singapore and Vietnam

It is in the aforementioned context that Kamala Harris makes her first visit to Singapore and Vietnam as US Vice President, the second most important person in the Biden administration, which comes just a week after the fall of Kabul. This is the first visit by a US vice president to Vietnam, which maintains strained relations with Beijing, due to the latter’s actions in the South China Sea and on the Mekong. However, India, the land of his ethnicity, is saved for another day.

The Biden administration seeks to reestablish ties in Asia after Donald Trump’s turbulent and unpredictable presidency by reassuring Washington’s role as a stabilizing force in the region, especially given China’s belligerent and revisionist measures attempting to disrupt the status quo of peace. Vice President Harris said in Singapore: “The reason I’m here is because the United States is a world leader and we take this role seriously. “

Harris is keen to convince his hosts of the role of US regional security in Asia and throughout the Indo-Pacific by responding to apprehensions about it. Biden’s first six months were largely spent recalibrating the transatlantic alliance, reassuring European allies, and opening a new avenue of dialogue to discuss differences with rival China, as seen in the high-level talks. in Alaska held in March. The spotlight is now once again on Asia, a central region for US security.

The past month saw visits from two senior officials of the Biden administration to Asia. US Under Secretary of State Wendy Sherman visited Tianjin, a city in northeast China, and Defense Secretary Lloyd Austin visited Singapore, Vietnam and the Philippines – the three countries Southeast Asia most strategically aligned with the United States and most supportive. of its regional presence.

While Secretary Sherman discussed how to set the conditions for responsible handling of U.S.-China relations by welcoming competition and avoiding conflict, Secretary Austin focused on reassuring the lasting commitment of United States on security in Southeast Asia, stressing the centrality of the regional architecture led by ASEAN.

As China continues to militarize the South China Sea and strengthen its naval fleet, the riparian states will naturally come closer to the United States, which remains firmly committed to the idea of ​​freedom of the seas.

Even though the United States continues to top the latest Asia Power Index ranking and remains the most powerful country in the region in terms of overall relative power, it was on a downward trajectory compared to previous years as China is advancing in key measures such as economic relations, economic capacity and diplomatic influence.

America’s predominance in Asia owes much to its military capabilities and extensive networks of alliances. But recently, countries in the region have moved closer to China in trade and economy through initiatives such as the Regional Comprehensive Economic Partnership (RCEP) free trade agreement signed in November 2020, the trillion-dollar Belt and Road Initiative (BRI) launched in 2013, the digital silk road and the rise of Chinese investment in Southeast Asia.

In fact, regional players have tried to dodge the choice ball between China and the United States. While U.S. and Quad vaccine diplomacy is underway in Southeast Asia, China is also on the scene offering its own alternative means of support. Vice President Harris’ visit covers a wide range of issues from defense cooperation and cybersecurity to climate change and supply chain risks.

Political steps from Obama to Trump

Barack Obama’s ascension to the White House in 2009 marked the start of a new era of US engagement with Asia, moving away from the costly decade of military interventions by his predecessor George Bush in the Middle East and Afghanistan, an approach that later evolved as America’s pivot to Asia in 2011 It had security and economic dimensions to rebuild ties with allies, partners and regional countries and to reposition its presence in the region. It also happened against the backdrop of a deal with a burgeoning new economic and tech giant and budding superpower – China.

The Trump era that followed Obama saw the re-emergence of the Indo-Pacific and the Shadow Quad in 2017, as China’s strategic challenge became increasingly evident in multiple spheres of engagement. . The Biden presidency hopes to handle the continuing competitive relationship with China responsibly, as Secretary Sherman expressed during her recent visit to China last month.

While Indo-Pacific construction dominates US foreign policy discourse on Asia and the Pacific today, Southeast Asia remains at the center. The trajectory of Chinese belligerence in the South China Sea, as well as the Taiwan Strait crisis, will remain the two most important factors that could potentially determine the future of US involvement in the regional security architecture of the United States. Asia.

Vietnam, the Philippines, Malaysia, Brunei and Taiwan continue to claim parts of the South China Sea and its islands, despite opposition from China, especially the Spratly and Paracel archipelagos. Chinese sea patrols are also affecting the livelihoods of fishermen, especially Filipinos, who are the loudest in their protests. Beijing continues to exercise its so-called “historic” claim over almost all of the Strategic Waterway and has reclaimed land and built man-made islands on reefs and submerged atolls. Many of them are then placed in military installations.

China’s claims are based on the vague notion of a “nine-dash line” dating back to 1947, which straddles the 200-mile legitimate exclusive economic zones of many Southeast Asian states. It was declared invalid and unfounded in the eyes of international law by a decision of an arbitral tribunal in 2016. At the last China-ASEAN virtual summit held this year, Chinese Foreign Minister Wang Yi warned against “ outside interference “in the South China Sea and describes the United States as the” biggest troublemaker “in the region.

Moreover, China sees the US military presence and the regular passage of its warships in the South and East China seas as an unwarranted provocation and interference in its backyard. All of these factors make the region ripe for potential conflict in the near future. Having Southeast Asia as a conflict zone again is in no one’s interest and such a scenario can only be avoided by giving diplomacy a chance and building mutual trust.

Change of direction and new possibilities

Old American military concerns are giving way to a refocusing on eastern Asia, which happens to be neighboring China. The Biden administration regards its rivalry with China as “the greatest geopolitical test” of this century. At the same time, the US withdrawal from Afghanistan opens up new possibilities to divert its attention and resources to East Asia and the Pacific, which can be used to ensure peace, security and an order based on rules, rather than getting into unwanted conflict. . ASEAN’s inability to effectively compel China to a mutually acceptable dispute settlement and a lack of shared interests among its individual member states may also offer more chances for a proactive US diplomatic opening in the region, and I hopes Vice President Kamala Harris’s visit might pave the way for that.