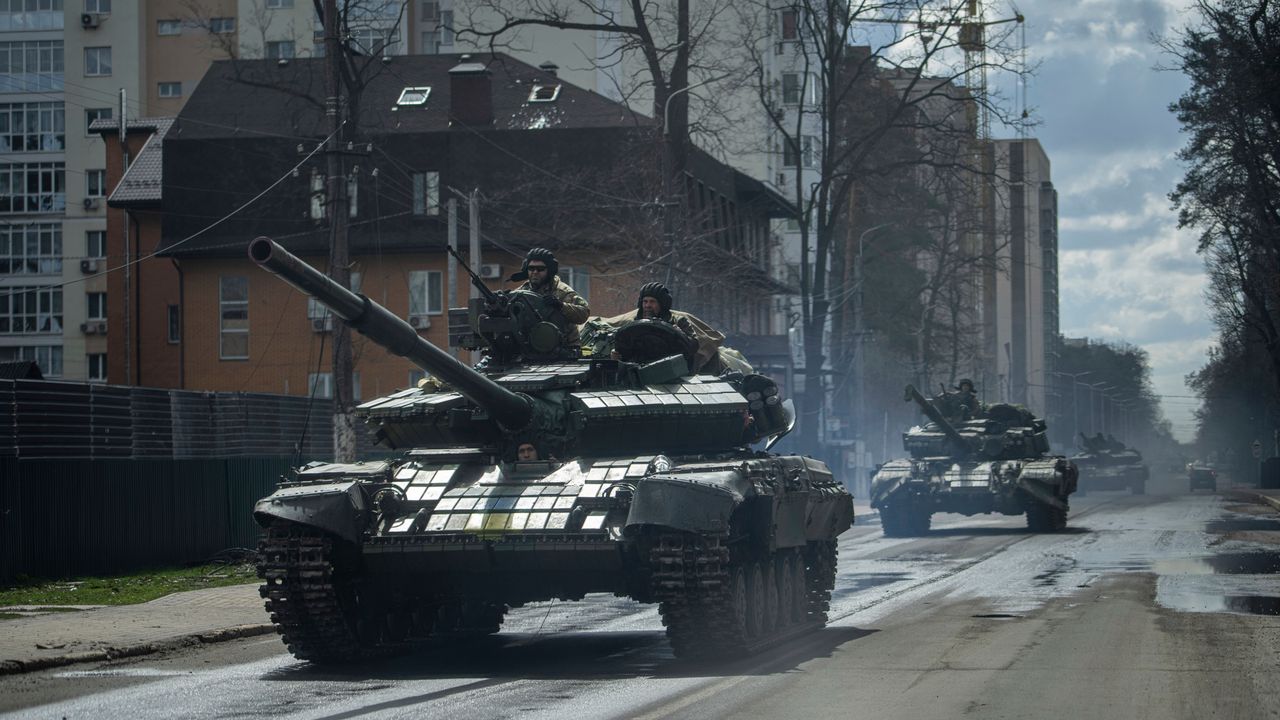 the New York Times and NBC News have published reports, based on statements by US officials, that amount to an attempt to deliberately escalate the conflict over Ukraine into a direct confrontation between NATO and Russia.

In its report published online Wednesday evening, the Time quoted White House officials confirming that the United States provided intelligence to the Ukrainian military used to target and kill Russian generals, about 12 of whom were killed during the war.

“The United States has been focused on providing the location and other details of the mobile Russian military headquarters, which move frequently,” the official said. Time wrote. This allowed Ukrainian forces “to carry out artillery strikes and other attacks that killed Russian officers”.

The intervention of the United States had a “decisive effect on the battlefield”. He added that the extent of “actionable intelligence about the movement of Russian troops that America has given Ukraine has little precedent.”

The next day, NBC News reported that the United States was critically involved in coordinating the sinking of the cruiser Moskva, the flagship of Russia’s Black Sea Fleet, in the biggest Russian military disaster in decades.

The article quotes Rob Lee, a senior fellow at the Foreign Policy Research Institute, as saying the strikes “could be the result of increased intelligence sharing between the West and Ukraine.”

Any idea that the NATO powers, especially the United States, are not direct participants in the conflict over Ukraine is in tatters. US President Joe Biden’s statement that it is “not true” that the United States is engaged in a war, or even a proxy war, is an outright lie. The United States and NATO provide tens of billions of dollars in military equipment and, as these reports show, direct intelligence used by the Ukrainian military and far-right militias.

The reports in the US media were clearly orchestrated by the White House.

the Time writes, “The administration has sought to keep much of the battlefield intelligence secret, lest it be seen as an escalation and provoke Russian President Vladimir V. Putin into a larger war.”

If so, why is the administration now publishing its direct involvement in the war?

The communication of this information to Time and NBC, based on off-the-record statements by multiple administration officials, is a deliberate effort by the Biden administration to increase pressure on the Russian government to retaliate against NATO forces. . This would create the context for a new American escalation, possibly going as far as the direct engagement of American troops or the invocation of Article 5 of NATO.

Just as the United States succeeded in inducing Russia to invade Ukraine by turning the country into an armed camp on its borders and by refusing to negotiate Ukraine’s relations with NATO, it also seeks to influence Russia the “escalating burden” by attacking the Russian military through Ukrainian forces under its effective control.

Evelyn Farkas, former top Defense Department official for Russia and Ukraine in the Obama administration, is quoted by the Time saying, “Clearly, we want the Russians to know on some level that we are helping the Ukrainians to this extent, and we will continue to do so.”

In other words, US-backed attacks on Russian generals, on the Moskva and on Russian territory are designed to be maximally provocative, while remaining, in the words of the Time, “deniable”. The goal of the United States is precisely to “provoke Russian President Vladimir V. Putin into a larger war”.

As the United States expands the goals and scope of the war, it seeks to induce Russia into a response that would allow propagandists of US imperialism to claim that US offensive actions are defensive in nature.

While Russia has sought to conduct negotiations to conclude the war, the United States has made clear its opposition to any resolution of the conflict without the total military defeat of Russia and the reoccupation of Crimea and Donbass.

This is further demonstrated by a previous article in the Timewhich is co-authored by one of the same people who wrote the article published Wednesday, who wondered why Putin wasn’t more aggressive.

The article “Why doesn’t Putin hit harder on the battlefield?” “US and European officials also say that President Vladimir Putin’s tactics over the past few weeks have seemed remarkably cautious, marked by a slow offensive in eastern Ukraine, a restrained approach to the removal of Ukrainian infrastructure and avoidance of actions that could aggravate the conflict with NATO.

While Washington has publicly denounced Russia’s “total war,” private US officials have been puzzled by Putin’s “remarkable caution.” Washington’s eyes are on May 9, the day that commemorates the Soviet Union’s victory over Nazi Germany, and it hopes to provoke Putin into escalating measures in its speech and statements.

The ultimate goal of the United States, as Biden made clear in March with his statement that Putin “cannot stay in power,” is regime change in Russia and its total subordination to US imperialism.

But internal pressures play an equal if not more important role. The United States seeks to provoke a major escalation of the war in order to deflect massive internal tensions outwards. The cost of living is soaring. In order to avoid a worker wage push, the Federal Reserve is massively raising interest rates, which will likely lead to a recession. And the COVID-19 pandemic remains out of control.

The White House’s desperate efforts to escalate the war are the actions of a ruling class that sees itself as beleaguered and encircled by mass opposition. It seeks through war and its attendant attacks on democratic rights to delegitimize domestic political opposition.

Workers must be on guard against the extreme dangers posed by US military escalation. There is an urgent need to develop a new and powerful movement against war, unifying the fight against war with the fight against social inequality, poverty, the soaring cost of living, the COVID-19 pandemic and the profit system. capitalist.