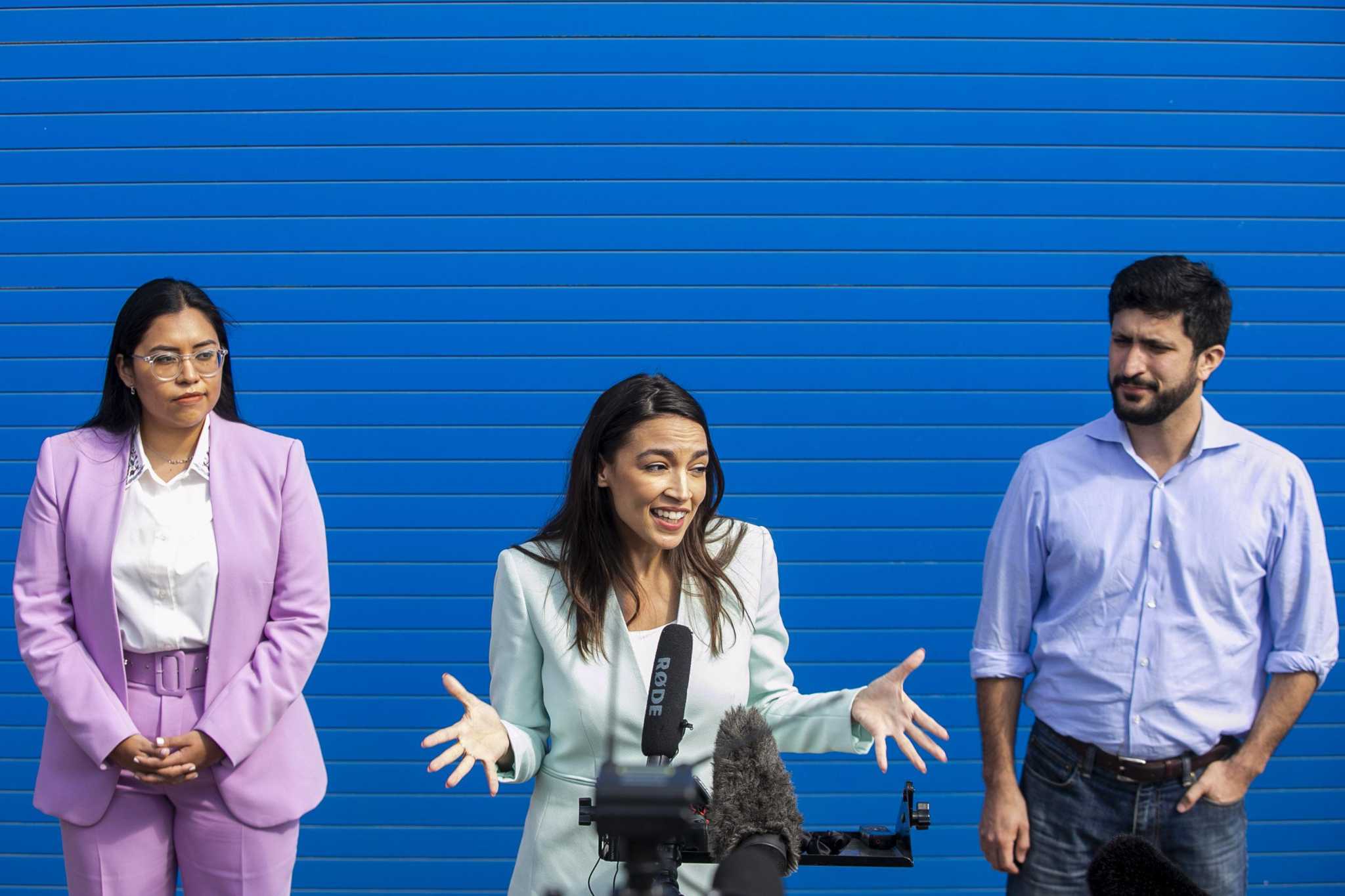 The New York representative, a beacon of the young progressive movement, traveled to the Lone Star State to promote candidates Greg Casar and Jessica Cisneros. It was a Get Out the Vote event, meant to rally Texas Democrats ahead of Monday’s early voting in the March primary election.

Progressives have so far had limited success in Texas, though their campaigns often attract national attention and major donors. Still, they hope to continue to capitalize on the national momentum to elect younger, more diverse candidates in a historically red state.

“If we send in a Democrat who doesn’t care about people, why would people be expected to vote for that person?” Ocasio-Cortez said. “How can we win when we support Democrats who don’t support child care, health care or immigrants or who stand up for women and gender expanders? How can we win when we don’t defend anything? We have to defend something to bring it home.

For about an hour, the group highlighted progressive priorities, including a $15 minimum wage, health care for all, and expanded labor rights. Ocasio-Cortez also noted that her career in political organizing began in Texas more than a decade ago.

More than 1,000 people attended the rally at Paper Tiger, a music venue on the St. Mary’s Strip.

Meanwhile, around 100 protesters gathered outside, many waving American flags, Trump flags and signs with slogans such as “Keep Texas Red”.

As Ocasio-Cortez and the congressional candidates spoke to reporters ahead of the rally, protesters’ chants “Let’s Go Brandon” and “USA” were impossible to ignore.

Still, Ocasio-Cortez promised the crowd, “Texas going blue is inevitable. It will happen. The only question is when.”

Inside the venue, the setup looked a lot like a concert: fans rushed to secure seats in front of the barricades before the stage, while others lined up to buy merchandise for the two Texas candidates. San Antonio blues guitarist Jackie Venson opened the event with a few songs.

IN DEPTH : A Democratic Socialist, the Most Liberal Lawmaker in the State: Meet the Texas Progressives Aiming for Congress

Casar is a self-proclaimed Democratic socialist who spearheaded Austin’s decision to “defund the police” in 2020.

“We are brought together here by an unshakable and undispelled belief that this is our state,” he said. “These are our neighborhoods, these are our families, and we’re going to organize like hell until this democracy delivers us here to Texas.”

Cisneros is running for the second time against incumbent U.S. Representative Henry Cuellar, the moderate South Texas Democrat who has been targeted by both progressives and Republicans. Cisneros, an immigration lawyer from Laredo, lost to Cuellar by less than 4 percentage points in 2020.

Now, Cisneros said her campaign for the 28th congressional district was more organized and recognizable, and she highlighted the recent FBI raid of Cuellar’s home in campaign ads. Community organizer Tannya Benavides is also challenging Cuellar in the primary elections.

“The task from here until March 1 is to keep doing what we are doing, to keep energizing voters – especially those who have felt disillusioned with the status quo, as we offer an alternative vision for the south. of Texas,” Cisneros said.

Earlier this week, Cuellar’s campaign called Ocasio-Cortez a “far-left” celebrity, adding that members of Congress “should take care of their own district before taking failed ideas to South Texas. “.

Although they have Ocasio-Cortez’s support in common, Casar and Cisneros face different challenges.

If Casar wins his primary, he will certainly win in the November general election — the 35th is a safe blue seat in a district that stretches from Austin to San Antonio. It’s also an open seat, as incumbent U.S. Representative Lloyd Doggett decided to switch districts after the state’s political maps were redrawn last year.

The battle of Cisneros would be more difficult. The South Texas district has always been competitive and it remained purple after redistricting, with 53% of voters choosing Democrat Joe Biden in 2020. Former President Donald Trump garnered 46% of the vote in the district.

National Republicans hoping to regain control of the House are also investing a lot of money and attention in the 28th congressional district. They hope to overturn the siege this fall after making gains with South Texas Latinos two years ago.

Saturday’s event was one of many Ocasio-Cortez is hosting in Texas this weekend. She is expected to headline at least two events in Austin on Sunday, including one highlighting the Green New Deal and a second supporting Latino organizing efforts.

Ocasio-Cortez said she would return to support Cisneros in her general election campaign if she wins her primary, adding, “We’re flipping Texas, we’re flipping the country.”

“We have a progressive caucus that is fighting,” she said. “We just need to make it a little bigger.”

‘Reasoned comments on internal issues not welcome’: India after official US remark on hijab