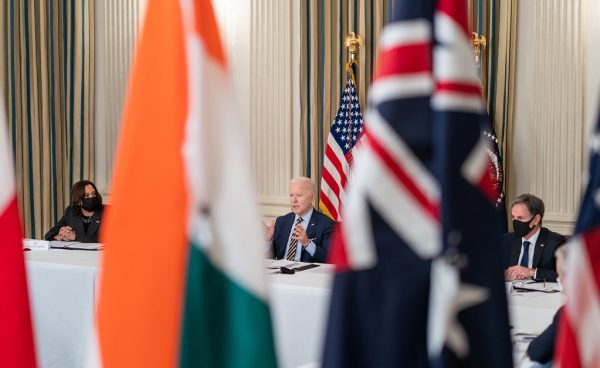 The Taliban’s rapid takeover of Afghanistan made headlines around the world. Few could have predicted that the predominantly Pashtun Islamic fundamentalist group would resurrect power in the summer of 2021, after leading a 20-year insurgency against the US-backed government in Kabul.

In the aftermath of the US-led invasion in 2001, the Taliban began to challenge NATO and reclaim large areas of southwestern Afghanistan after intensive regrouping in Pakistan. The signing of a withdrawal agreement with the United States in Doha encouraged the Taliban to press their advantage and end the 20-year-old war. Backed by Pakistani Interservice Intelligence (ISI), the Taliban achieved quick success as the United States withdrew its remaining troops from Afghanistan. By August 2021, the Taliban had conquered all the major cities of Afghanistan and ultimately Kabul. In September, they controlled the whole country after taking the mountainous Panjshir valley, where the National Resistance Front, led by Ahmad Masoud, had vowed to continue fighting the Taliban.

Less than a month later after the fall of Kabul, US President Joe Biden, British Prime Minister Boris Johnson and Australian Prime Minister Scott Morrison launched a trilateral security partnership, called AUKUS, to counter China. The AUKUS Pact will allow Australia to deploy nuclear-powered submarines, which are supposed to be built in Adelaide, making Canberra the seventh country in the world to have submarines powered by nuclear reactors. The central aim of this trilateral pact is to contain the threat emanating from China’s increased influence in the Indo-Pacific and its global ambitions. Unsurprisingly, the formation of AUKUS spilled over into intensifying Indo-Pacific tensions, particularly over Taiwan, the South China Sea and the East Indian Ocean.

At first glance, it appears that the developments in Afghanistan and Australia are unrelated events. One was centered in the Hindukush Mountains; the other echoed 9,500 kilometers away, in the midst of Indo-Pacific waters. Nevertheless, in a larger context, these two events are interconnected at the heart of the Sino-American competition, forming the bookends of a new strategy that I call “leave the Belt, press the Road”. By this, I mean the United States will increasingly target China’s Silk Road Sea Route, while largely abandoning the Silk Road land economic belt. In short, the major front of the Sino-US infrastructure war is the Indo-Pacific rim, while the core of Eurasia will be left to the destabilizing forces in the region.

The establishment of AUKUS reaffirms that the cornerstone of Washington’s China containment strategy is in the Indo-Pacific zone. As a result, the US focus on geographic locations in the heart of Eurasia will be degraded – but that’s part of the plan. The United States’ unwillingness or ability to maintain its presence in Eurasia may intentionally disrupt the stability of the belt by generating a threatening power vacuum. The rapid withdrawal of the United States from Afghanistan and the empowerment of the Taliban that followed has the potential to destabilize Chinese land-based projects in Central Asia, Pakistan and even Xinjiang. While the chaotic withdrawal from the war in Afghanistan took a toll on Biden’s position at home, the geopolitical vacuum in Afghanistan following the US withdrawal could be used to offset Moscow, Beijing and even Tehran, which will now have to dealing with the empowerment of Islamic extremists in Central and West Asia.

Despite the seemingly sudden developments of the past two months, this trend in global competition is not new. After a hiatus of almost ten years, the Quadrilateral Security Dialogue, also known as the Quad, was officially resumed in August 2017 to contain Beijing’s projection of maritime power in the South China Sea and the Ocean. Indian. Originally founded in 2007, the Quad consists of Australia, India, Japan and the United States, heralding the possible formation of an Asian NATO to counter the Shanghai Cooperation Organization (SCO). There were even rumors of a “Quad Plus” when South Korea, New Zealand and Vietnam joined the meetings in March 2020. The Malabar exercises held annually by India are a major manifestation of its military component.

In a 2021 joint statement on “The Spirit of the Quad,” leaders from Australia, India, Japan and the United States underscored “a shared vision for a free and open Indo-Pacific (FOIP ) “And” rules – based on the maritime order in the East and South China seas “to counter the maritime threat from China. This progress was concomitant with the increasingly strategic attention of the EU towards the Indo-Pacific area as France, Germany and the United Kingdom accelerated their cooperation with the Quad Plus dialogue. In this context, the AUKUS pact would complement the Quad to counterbalance the growing influence of China in the Indo-Pacific.

Learn about the story of the week and develop stories to watch from across Asia-Pacific.

While AUKUS and the Quad both exhibit military technological and muscular firepower, they lack fundamental proportionality. The Belt and Road Initiative is Beijing’s main geoeconomic strategy to challenge US hegemony in the world, while the Quad and AUKUS are geostrategic and military tools to counter China in the Indo-Pacific area. In other words, there is a strategic gap between the threatening force and the deterrent counter-force. It was this proportionality gap that prompted the Biden administration to launch a specific geoeconomic counter-force against Belt and Road: Build Back Better World, or B3W, announced in June at the G-7 summit in Cornwall, UK. -United.

Led by the United States, B3W aims to counter China’s global influence by investing heavily in infrastructure development in developing countries by 2035. The plan is expected to provide around $ 40 trillion, mostly from the sector. private, low- and middle-income countries. , from Latin America and the Caribbean to Africa and Asia. Guided by the standards and principles of the Blue Dot Network (BDN), B3W projects commit to focus on several areas, including climate, health and safety, digital, equity and gender equality . The global reach of B3W would endow its G-7 partners with different geographic orientations to target specific low and middle income countries around the world. While the United States focuses on the Indo-Pacific, Japan and the EU will focus on Southeast Asia and the Balkans, respectively, in a bid to counter China’s global influence.

The upcoming competition between B3W, now backed by Quad and AUKUS, and the Chinese BRI is a prelude to the Sino-American infrastructure war. The B3W is not just a US financial response to China’s economic ambitions; rather, it is a strategic effort to transform the emerging geopolitical arrangement of Greater Eurasia and its coastal waters by establishing a new development model. In other words, the United States is unleashing a geoeconomic counter-force against the Chinese BRI to achieve its great geopolitical objectives by mobilizing its private companies and those of its allies in massive investments in infrastructure to control the corridors of the BRI. . The new infrastructure war will determine the trajectory and path of the geopolitical battle between China and the United States for world domination in the 21st century.

On the other side of the world power equation, China has successfully controlled the Central Asian markets while pursuing its doctrine of “positive balance” among all parties in West Asia, according to which the expanding cooperation with Beijing may be the only point on which all regional powers can agree. China’s spectacular economic growth and internal stability have attracted undemocratic political systems to the region. Beijing has established close economic relations with the Sheikhs of the Persian Gulf, Israel, Iran and Turkey at the same time. However, Beijing’s successful policy of cementing its connection with West Asia through Central Asia may be disrupted by threats emanating from Afghanistan. The US withdrawal from Afghanistan will destabilize the land belt as strong pressure from Quad and now UKUS will oppose the sea route.

The world is on the brink of Sino-American international competition. Regional developments, like AUKUS, and national transformations, like the Taliban takeover of Kabul, will both be crucial parts of the grand chessboard between the United States and China. Now that the dust has settled in Kabul, we can see how the rise of the Taliban is concomitant with the AUKUS trilateral pact. Both are milestones for a new phase of the Sino-American competition: leaving the Belt, pushing on the Road.