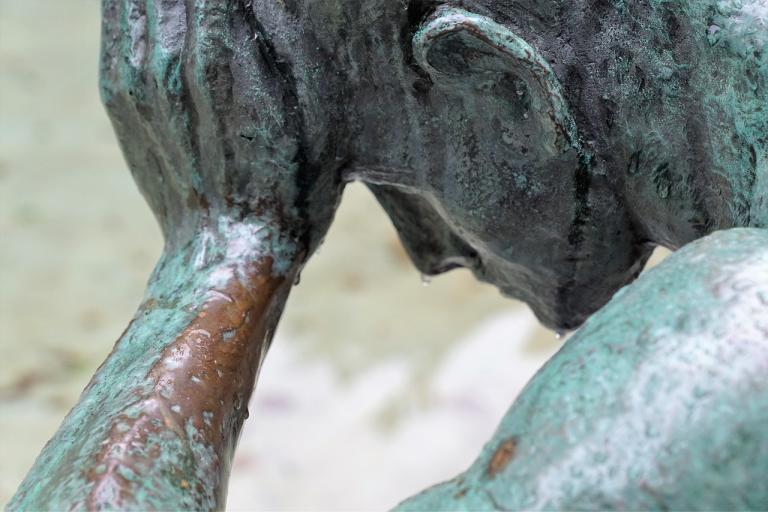 Why do bad things happen? Spoiler alert: I don’t know

In my last post, I responded to an article by John Piper in which he justifies God committing genocide by basically saying, “God is God; he can do whatever he wants. Because I have such insightful and curious readers, I was struck by a follow-up question on my Facebook page. It reads:

“If I may allow myself to step back respectfully: how then do we reconcile the Bible accounts and personal observations of things like childhood cancer and murder?” I was hoping to read a more comprehensive response rather than a simple counterattack to a Calvinist view. “

The way I took this question is that this commentator is looking for my theodicy (the answer to how evil can exist in a world where a good Lord also exists).

I will try to answer in two parts.

I. What really happened in the Bible?

John Piper argues that it’s okay for God to kill people in the Old Testament because God is God (nice tautology, by the way). He says God is killing tens of thousands of people a day. He gives people cancer. He’s crashing planes. It even has about 6-10 people a year eaten by sharks. So when God kills entire populations in the Bible, it is because he can.

I don’t buy this for a second. I don’t read the Bible like that. Of course the texts say God does these things, but I don’t think everyone’s theology in the Bible is 100% correct. My approach to the Bible is basically this: a group of people coming together, trying to explain why bad things happen in a world where God is supposed to have some semblance of control.

Now what we need to remember about the Bible is that the theology it contains fluctuates over time. For example, the ancient Hebrew people were not always monotheistic. They believed in several gods and worshiped one. As the nations conquered other nations, the gods also died along with the people. In Jewish history, their God – Yahweh – is the last standing god. Now they to become monotheists.

How does Piper’s claim that God kills just because God can?

It’s just to show you that theology is changing. People try to explain the world around them. They try to answer the question, “How does God relate to me here and now?” What this does not mean is that the answers they provide are theologically true. They are their explanation.

This is why we see disagreements in the texts. I point out one in my book Heretic! Here is an exerpt :

In 2 Kings 9 there is an account of a great massacre in Jezreel by the hands of a man named Jehu. What happens is that Jehu receives the order – indeed, anointed – by the prophet Elijah to bring down the whole house of his master Ahab because of their tyranny and their wickedness (2 Kings 9: 7-8 ). So he does it! And he is defended as a righteous man of God to do so.

A few generations later, however, the prophet Hosea sees it differently. Speaking in the name of the Lord, Hosea wrote: “In a time I will punish the house of Jehu for the blood of Jezreel, and I will put an end to the kingdom of the house of Israel: (Hosea 1: 4). In other words, according to Hosea, God is not very pleased with what the murderous fanatic Jehu did to the house of Ahab. This, despite Elijah’s command.

All this to say that the Jewish prophets and rabbis are constantly at odds and rejecting what God is, how God behaves, and how to interpret their scriptures. What is said of God, then, is something I’m always willing to question, especially given the amount of violence justified in the name of God.

II. Why do bad things happen?

This is the most difficult question for anyone who believes in God to answer. Any atheist who has intellectual chops knows this. My answer to the question is: I do not know.

I have my ideas, but ultimately it’s a question I still have for God. I mean, I understand the defense of free will, although it’s still not that convincing. But the real question is the natural evil: why do children get cancer? Why are babies stillborn? Things like that.

Personally, I think these things just happen because bad shit happens. I no longer really believe in a God who is an almighty being. I don’t think of God as a being at all. I don’t think the universe works like that. Maybe Tillich’s “Foundation of All Being” is a better descriptor, but I’m still working on this.

And so, I remain a bit agnostic on the issue. Personally, I take a more Buddhist approach to suffering. Suffering exists. There is a cause for the suffering. There is a way out of suffering. And there will be an end to the suffering. The only thing I can do, then, is do my part to eliminate the suffering of all sentient beings. How God relates to this I’m not sure. Maybe I am doing the work of God. Maybe we are the hands and feet of God and the only power God has is through beings like us.

So, I apologize if that doesn’t quite answer the commentator’s question. I don’t believe at all that God indulges in violence, but because humans do, either he approves of it, or he is powerless to stop it, or he is only as powerful as other humans who try. to repress it. Because I am nuanced at a fault, I think this is the last option. That’s why I’m trying to do my part.

Hope this can help.

If you want to know me better, follow me on social networks. I am quite active on all platforms:

Also, if you’ve dug my work here and want me to continue writing as close as humanly possible to writing full-time, please check out my Patreon page at www.patreon.com/ mjdistefano. Even $ 1 per month helps a lot !!!