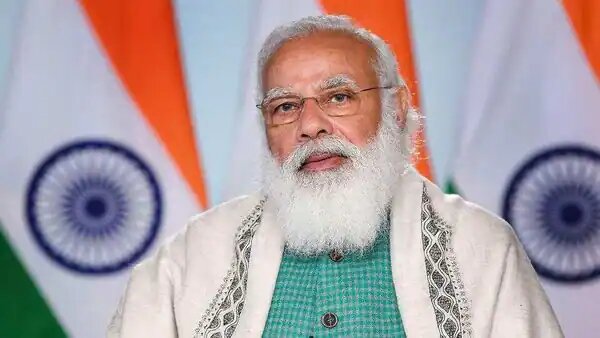 Prime Minister Narendra Modi is traveling to Washington on Wednesday for an official visit to the United States. It will be Modi’s first big trip abroad since the pandemic cut off all international travel. As such, this will be Modi’s first in-person meeting with Biden since taking office. Modi will be accompanied by a high-level delegation, including National Security Advisor Ajit Doval, and Foreign Secretary Harsh Shringla and senior officials. Foreign Minister Subramanyam Jaishankar is already in the United States and will join the Prime Minister’s team in Washington.

The Prime Minister’s visit will have three major elements: a bilateral with Biden and his Vice President Kamala Harris will take place at the White House on Friday. The first quadrilateral security dialogue summit, commonly referred to as the quad, is hosted by the US president on the same day. Here, Japanese Prime Minister Yoshihide Suga and Australian Prime Minister Scott Morrison will also be present. The quad summit has already angered China, which sees the rapprochement of the four nations as an attempt to contain its growing political, military and economic power in Asia.

Modi will attend a COVID-19 global summit convened by President Biden shortly after arriving in the United States. The third segment of the visit will take place in New York, where Modi will address the United Nations General Assembly. There will also be meetings with US business leaders as India continues to seek investment from abroad. He returns home on September 26.

â€œAt their bilateral meeting on September 24, Prime Minister Modi and US President Biden will review Indo-US relations. They are expected to discuss how to strengthen trade and investment ties, enhance collaboration on matters defense and security and to stimulate the partnership for clean energy, among others, â€he added. Secretary Harsh Shringla told reporters in a briefing ahead of the visit.

Developments in Afghanistan will certainly be a major topic of bilateral discussion. The Indian side will share their views and concerns about turning Afghanistan into a hub of terrorism. Given India’s past experience with the Taliban, the jihadist warriors crossing Kashmir from Pakistan to bolster militancy in the valley are of great concern to New Delhi. Pakistan will certainly feature in the conversation as well.

India’s ties with the United States have transformed since the signing of the 2006 civil nuclear deal. Since then, high-level visits between leaders and officials have been frequent. The warmth of Indo-American relations had a lot to do with the rise of China and its attempts to dominate Asia. Washington wanted to help India grow primarily to offset China’s rising power. The quad was born out of this strategic constraint to contain China’s aggressive and often intimidating tactics in Asia. The idea was to thwart the movement with a loose alliance of democratic countries forming an arc across the Asia-Pacific region. The term Indo-Pacific was introduced by the United States to address New Delhi’s concerns about the growing presence of Chinese warships in the Indian Ocean. In 2014, when Chinese submarines docked in Colombo port not once but twice, alarm bells rang out in New Delhi. The threat that a rising China posed to the world and its challenge to American domination ultimately led to the formation of the quad. Significantly, the first major foreign policy event hosted by Joe Biden after taking office was a virtual quad summit.

However, the sudden announcement earlier this month by Australia, the United Kingdom and the United States (AUKUS) of a tripartite defense agreement came like a thunderclap. India has been kept informed. The United States will now help Australia build eight nuclear-powered submarines. Ironically, Washington had not accepted the idea of â€‹â€‹supplying India with similar technology, although New Delhi had wanted it for a long time. This has dampened some of the enthusiasm for quad biking among many sections in India. Will the AUKUS, which will join the American and British navies to patrol the Indo-Pacific in the future, exceed the importance of the quad? Asked about this during the press conference, the Minister of Foreign Affairs said: â€œLet me clarify that Quad and AUKUS are not groupings of a similar nature. Quad is a plurilateral grouping, a group of countries with a common vision of their attributes and values. We have a shared vision of the Indo-Pacific region as being an open, transparent and inclusive region. â€To be fair, India had always spoken of a collective Indo-Pacific architecture that had ASEAN at the center.

“The Quad has adopted a positive proactive agenda which, as I said, involves a wide range of initiatives globally to address some of the issues of the day. This includes tackling the COVID-19 pandemic, including provision of vaccines to the Indo-Pacific region. This includes work on new and emerging technologies, this includes work on issues such as climate change, infrastructure, maritime safety, education, humanitarian aid in disaster event. There is a wide range of initiatives that the Quad has undertaken that are designed to meet the requirements of the Indo-Pacific, “Shringla explained. The quad is still under development and will grow over time. But the central question remains, will it ultimately be more of a symbolic gathering of like-minded nations or something more substantial.