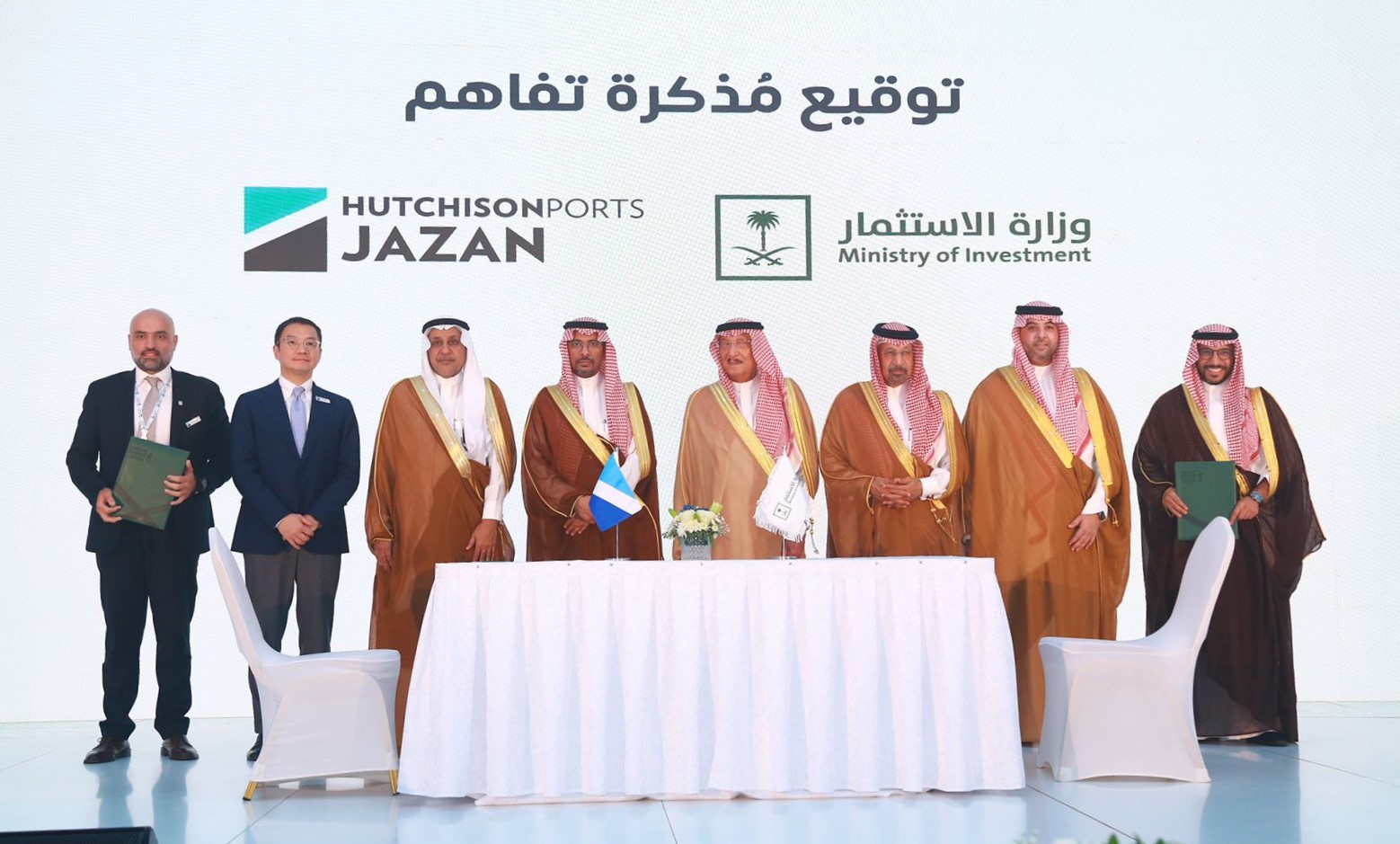 Andy Tsoi (second from left), Managing Director of Hutchison Ports for the Middle East and Africa, and the Royal Commission in Jubail and Yanbu.

In early 2021, Hutchison Ports signed an agreement to invest in and operate the JCPDI port, located on the Red Sea in the southwestern corner of Saudi Arabia, bordering Yemen.

On September 7, 2022, His Royal Highness Prince Mohammed bin Nasser bin Abdulaziz, Governor of Jazan Region, officially inaugurated the JCPDI port in the presence of His Royal Highness Prince Mohammed bin Abdulaziz, Deputy Governor, and the Minister of ‘Industry and Mineral Resources. , the Minister of Investment as well as other senior government and private sector officials.

The new port city is supported by a number of partnerships and agreements, including the establishment of the Saudi Silk Road Company to attract Chinese industrial investment to the Kingdom, the port concession with Hutchison Ports, as well as the agreement to establish an alumina refinery with “Hangzhou Jinjiang” with an estimated investment capital of SAR 4 billion. His Excellency the Chairman of the Royal Commission for Jubail and Yanbu, Eng. Khalid Al-Salem added that existing investments in JCPDI total around SAR 88 billion, although the city is still under construction. Other agreements that have been signed recently cover a pasta factory, a coffee company and “another memorandum of understanding between the Ministry of Investment and Hutchison Ports Jazan”.

In its first phase, JCPDI consists of three industrial berths, an SPM (Single Point Mooring for the discharge of liquid cargoes) which provides services to the Saudi Aramco refinery, three commercial berths for the handling of containers, general cargo and bulk goods, as well as a container park with refrigerated points. OWith a water depth of 16.5m, the port can accommodate container ships up to 21,000 TEUs and accommodate general and bulk cargo vessels with a capacity of over 100,000 tonnes per vessel.

In terms of equipment, Charlie Darazi, managing director of Hutchison Ports Jazan, said the port will be equipped with “the latest remote-controlled cranes, state-of-the-art systems for bulk and container operations that will provide better visibility for its customers. and allow them to conduct all transactions electronically”. The first delivery of equipment in February included two Liebherr LHM 550 mobile harbor cranes, five RTGs, four hoppers and two bulk cargo grabs.

Eric Ip, Group Managing Director of Hutchison Ports, said: “We have been in Saudi Arabia for 22 years and it is a very important market for Hutchison Ports. Today’s ceremony marks a new chapter for us in the Kingdom and we look forward to working closely with the Royal Commission to make Hutchison Ports Jazan a success and help JCPDI reach its full potential and contribute to the Saudi Vision 2030.”

Andy Tsoi, Hutchison Ports Managing Director for the Middle East and Africa, added that from a strategic point of view, JCPDI is at the crossroads of the busy East-West trade route and North-South trade in rapid growth. “JCPDI also has the potential to be the Kingdom’s first port of call from East Asia. Therefore, given the talented local human capital and the continued support of development policies, the port is very well positioned for the future of the Kingdom’s maritime industry,” concluded Hutchison Ports.

Focus on peace and security in the Indo-Pacific